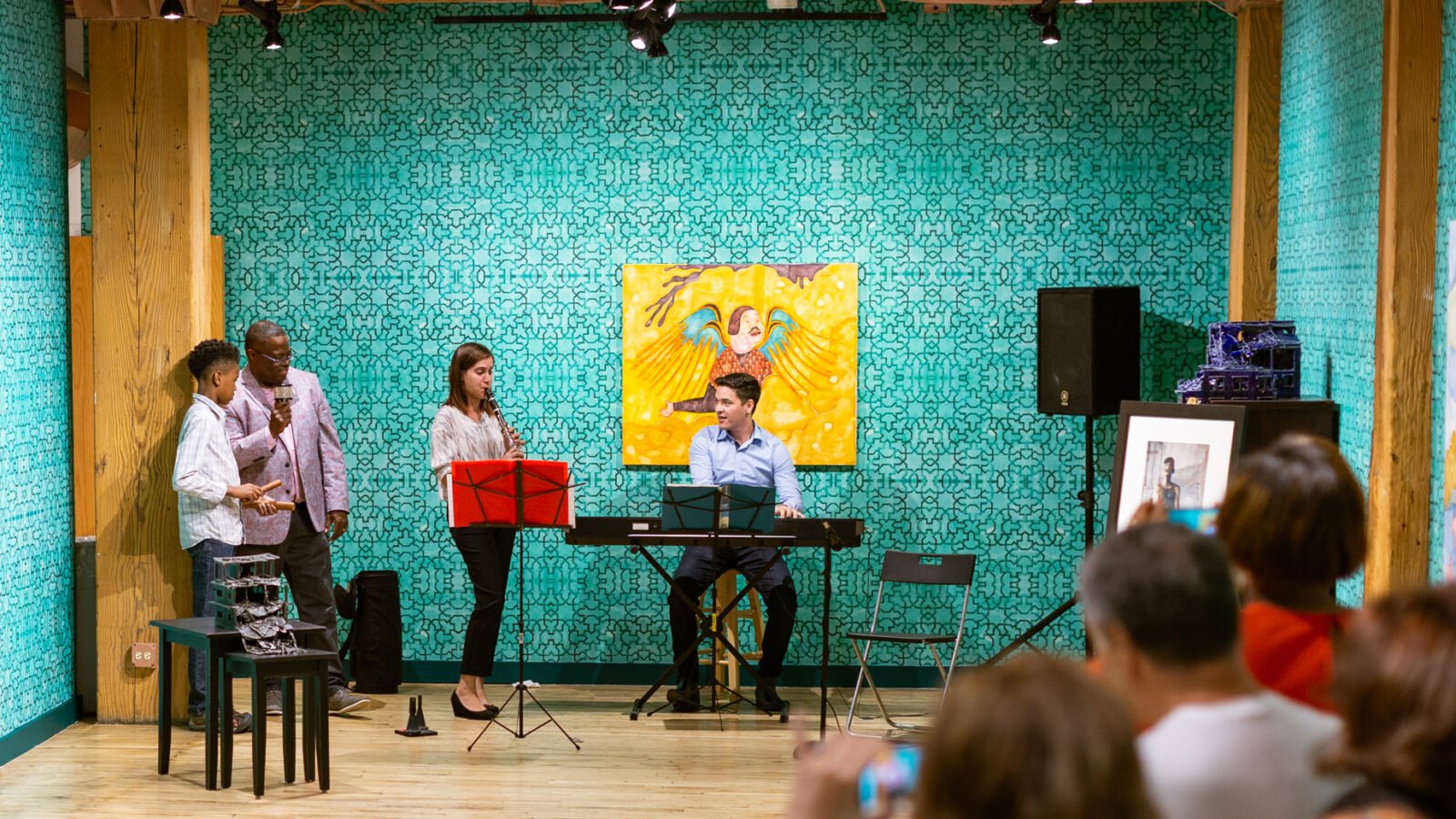 In May 2015, the Minnesota Orchestra made history with its performance at the Teatro Nacional in Havana, Cuba. The ensemble was the first American orchestra in decades to perform on the island, and the concert was broadcast around the country, including on WFMT. Rena Kraut, a Highland Park native and professional clarinetist who toured with the orchestra, was inspired not only by that memorable concert, but also by Cuban student musicians. “We did side-by-side rehearsals and master classes with a lot of high school and conservatory students. The students offered so much; they worked very hard despite limitations and without making excuses for lack of equipment,” she said. “Their work ethic and thirst for knowledge was what inspired me to start the Cuban American Youth Orchestra (CAYO).”

The Minneapolis-based ensemble intends to be an international touring group made up of young Cuban and American musicians. Kraut noted the challenges in creating such an organization, especially with two countries that share a troubled history. “One of the challenges is the misinformation about Cuba. It is perfectly legal for Americans to go to Cuba — and they should! The other challenge is that the US embassy in Cuba is barely staffed because of the alleged sonic attacks on American diplomats. That has directly impacted Cuban students, because it is very difficult to gain access to the resources they’d need in order to apply for a visa.”

Political and diplomatic issues aside, Kraut has managed to take a group of American students, including a string quartet from the Cleveland Institute of Music, to Cuba and vice versa: four Cuban students were able to travel to Minnesota last spring. While the music-making was a highlight, Kraut also relished the conversations that took place among the students. “The Cubans were surprised to hear about Americans’ concerns with college tuition and health care costs. But it was also revelatory to hear how difficult it is to afford a cab ride across Havana, a vast city.” Despite cultural differences, Kraut said everyone agreed that “it’s rare to find a musician who can make a living just by playing their instrument. That’s the ideal for many in both countries, but there are other parts in order to become a professional musician today!” 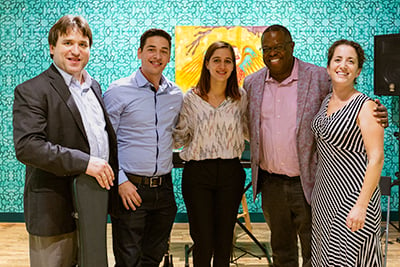 Two CAYO musicians—horn player and pianist Elio Hernández Rojas and clarinetist Ninián Rodríguez Rego—were invited to perform again in the US this fall. Before returning to Minneapolis, their first stop was the Windy City. On Saturday, September 15, the duo took part in a program called “Arts Diplomacy in Action in Cuba” at the Weinberg/Newton Gallery in Chicago’s River North neighborhood

The Weinberg/Newton Gallery highlights art that focuses on social justice issues in the Chicago area and beyond. Art advocate and consultant Mariesa Sun-Saenz discussed works by lesser-known Cuban artists, which were on display and for sale in the gallery. Meanwhile, the duo of Rojas and Rego delighted an audience with a range of Cuban favorites, like El Manisero (“The Peanut Vendor”). They were also joined by guitarist and University of Wisconsin-Milwaukee Peck School of the Arts guitarist Rene Izquierdo and trumpet player and Chicago Jazz Philharmonic founder Orbert Davis. A rendition of the Gershwin classic “Summertime” led to improvisations on El Cumbanchero and even the popular song “Havana,” Camila Cabello’s latest hit.

Creating a portrait of the Cuban people through music, one that “draws you in, [to show] the passion, beauty, and fearlessness despite challenges” is what gets Kraut excited about CAYO. Kraut will lead arts delegations to Cuba in October 2018 and February 2019. In May 2019, 40 Americans will join 40 Cubans for the inaugural full orchestra tour. “We’re eager to have Americans continue traveling to Cuba to support entrepreneurs and students who are trying to make a better living for their families through music,” she said. “When Americans do come, it means a lot for trust-building between our countries—whether that happens in an orchestra concert or wherever, it’s important to keep going.”

19 African American Composers to Celebrate on Juneteenth (and Every Day of the Year)
In Their Own Words: Quotes From Artists and Friends of WFMT Who Died in 2020
A Toast To the City of Classical Music: Living a Musical Life in Vienna
Decade in Review: The 2010s and Classical Music
Strike Up the Wind Band: Celebrating 50 Years of the Northwestern University Symphonic Wind Ensemble
Bach, Borge, Biden: Ed O’Keefe, the CBS News White House Correspondent Who Came To Play