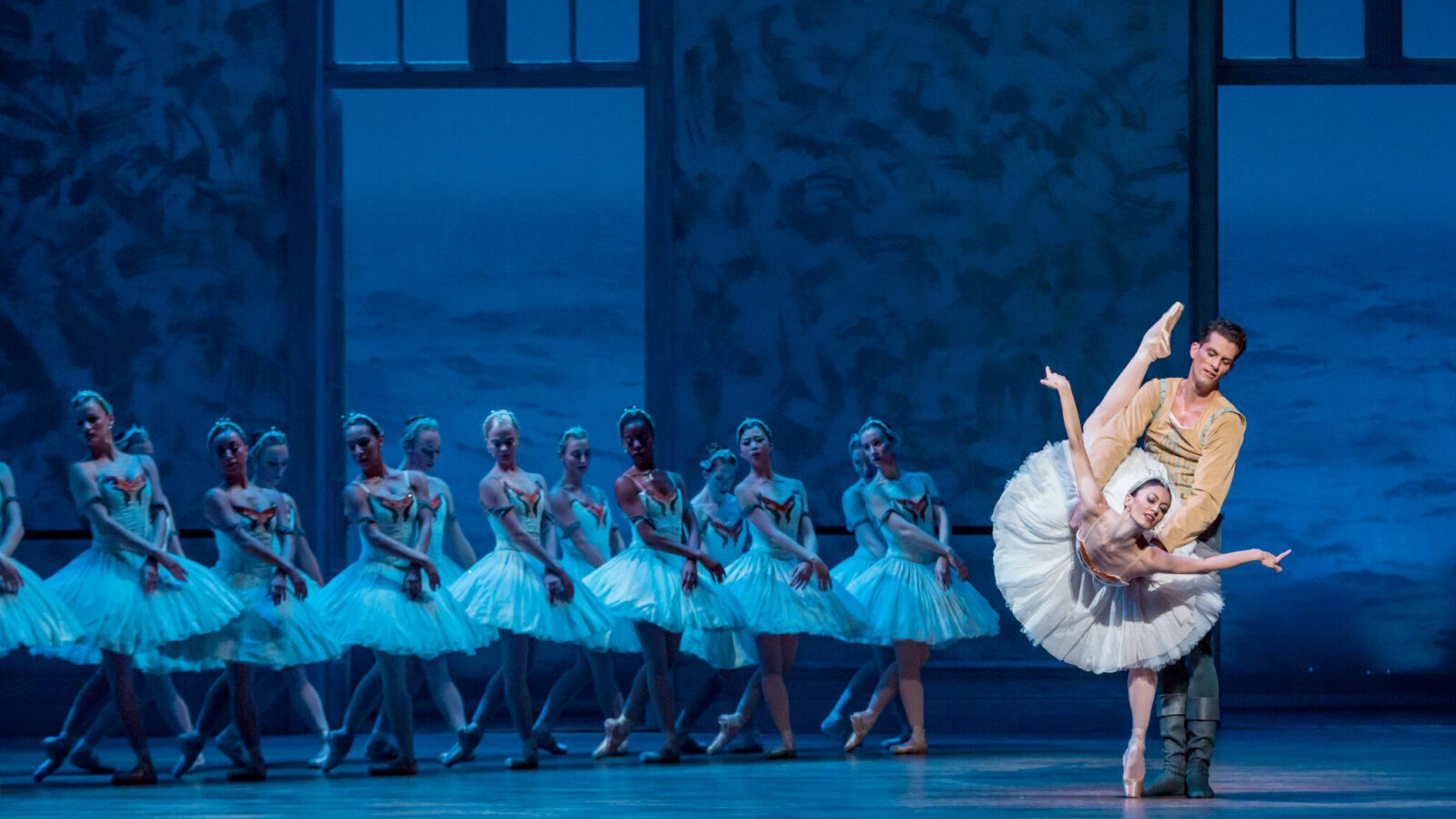 A sole dancer enters, leaps gracefully, and then makes a tender, almost sorrowful pose. The music changes — as an oboe calls out mournfully, the dancer, wearing a white tutu and a headpiece, begins to dance with exquisite melancholy.

This is Odette's entrance in the beloved ballet, Swan Lake, but it also captures the artistic relationship of music and dance. This powerful partnership is seen in the Joffrey Ballet’s production of Swan Lake, with its cherished score by Tchaikovsky and reimagined choreography by Christopher Wheeldon. Joffrey Ballet first performed this reimagining of Swan Lake in their 2014-15 season.

We visited the Joffrey studios to speak with artistic director Ashley Wheater and music director Scott Speck about Swan Lake, Joffrey’s upcoming season, and what music and dance have in common.

WATCH: Ashley Wheater and Scott Speck discuss the relationship between dance and music.

In returning to this reinterpretation, the company has been able to make new strides in realizing choreographer Christopher Wheeldon's vision. Wheater notes that Joffrey has “anchored the musicality of Swan Lake in a much more definitive and playful way.”

“All of us know this music,” Wheater shares. “I think most of us have heard this incredible score by Tchaikovsky. And then you put it in the hands of someone like Christopher Wheeldon, who is a very musical choreographer. He’s listened to that beautiful score and reinterpreted it. He plays so much within the structure of the music.” 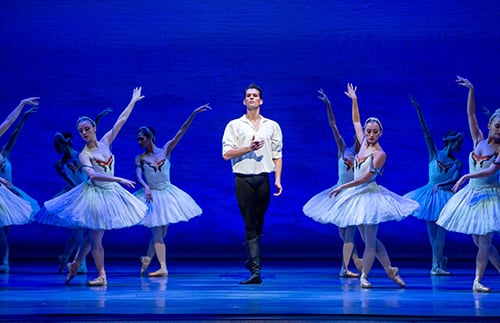 “A good part of the audience knows and expects certain steps in certain places,” adds Speck, who is the principal conductor and artistic director of the Chicago Philharmonic, the official orchestra of the Joffrey Ballet. “Most of the dancers were with Joffrey last time, so they already have the basis for understanding the story and the steps, and now they can add a new dimension.”

Swan Lake was, incredibly, the first ballet score that Tchaikovsky wrote. “A pretty amazing opus one for ballet,” Speck marvels, “It turns out to be the most popular ballet of all time.” Though Tchaikovsky’s only wrote two other ballets, The Nutcracker and Sleeping Beauty, his melodious scores are indelible.

No matter how great the score, the collaborative process always requires give and take. Any dancer, with different facility and style, needs something slightly different in their music. This is no small undertaking for a ballet like Swan Lake, with five different principal casts.

“Each dancer has varying degrees of jump, of turn, of balance, of ability,” Wheater explains. Outside of mastering the choreography, the dancer has to “find the freedom in phrasing within the bars of music, so that the orchestra doesn’t have to follow them and slow down and speed up, but they are able to shade through the phrase. This is how they fulfill the choreographer’s vision.”

“You sort of hear with your whole body rather than your ears,” Speck agrees. He explains that earlier in his career, he would concentrate on nailing down exact tempos for each dancer on a metronome, making copious notes on the exact tempo — down to the optimal number of beats per minute — a dancer needed to nail their turns or to make their leaps soar. But with the understanding that dancers, and their performances, are capricious, he has since opted for a different approach. He learns the choreography.

Speck explains, “If I’ve learned the steps, then I see that the dancer needs to be at a particular place at a certain moment, and I can gauge the music so that that works. That’s my ongoing challenge in conducting ballet.” 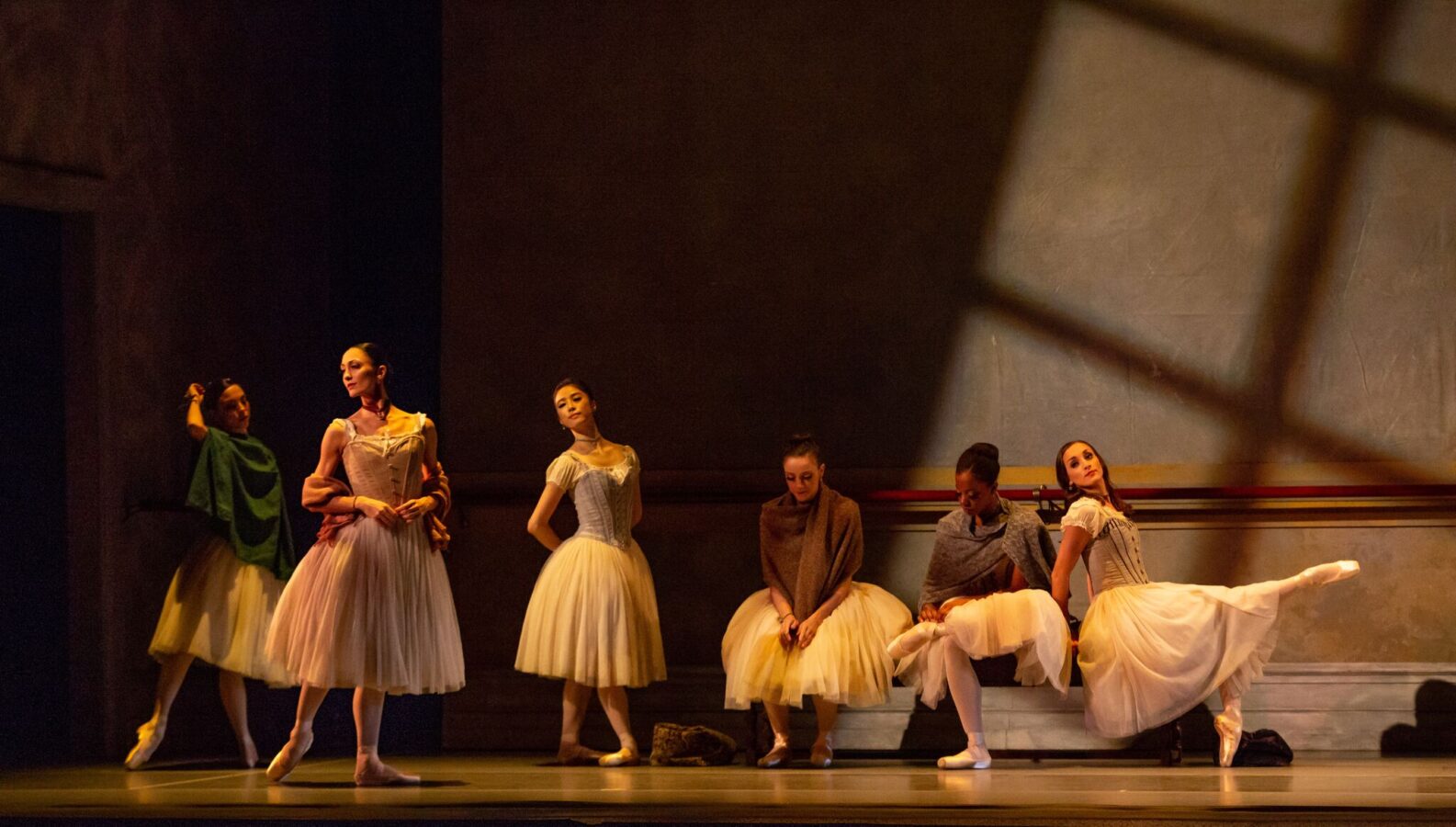 Speck believes that dance has instilled itself into music. “There has always been a feeling of dance in music. Even Bach’s suites, which were never meant to be danced, have titles like ‘sarabande,’ ‘allemande,’ ‘gigue,’ ‘courante.’ Those are all dance forms. I’m always thinking of dance when I’m conducting, even if it’s not for ballet.”

“Or Seiji Ozawa,” Speck adds. “I can’t imagine conducting without dance!” he exclaims.

Swan Lake is not the only performance in Joffrey Ballet’s 2018-19 season that showcases dance’s unique and rich relationship with music. This season, the company will present three world premieres, each with a new score.

One of these world premieres is Anna Karenina. The production, choreographed by Yuri Possokhov, is a collaboration between the Joffrey Ballet and the Australian Ballet. The score is by the young Russian composer Ilya Demutsky.

Speck describes the score as “sort of neo-Romantic. It harkens back to the great Russian scores of Tchaikovsky and Prokofiev. It sounds distinctly Russian. But, on the other hand, it’s something that could only have been written in the 21st century.” 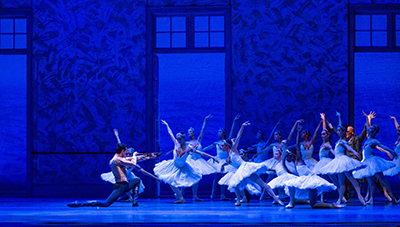 Demutsky's score was an ongoing creative inspiration to the choreographer. “Yuri was finding new things in the music that suggested possibilities for choreography, which would mean that music would have to be at a slower tempo,” Speck explains. “There’s this ongoing conflict for Yuri: he doesn’t want to disrespect the composer, but the composer has inspired him.” Luckily for Possokhov, Demutsky was very accommodating of these changes.

“For us on the music side,” Speck acknowledges, “the prospect of all these commissioned scores is both thrilling and also scary as hell. We have no idea what they’re going to come up with. Then we have to present a really beautiful and credible performance of that music.”

“It is really important what we have learned from music,” Wheater concludes, “because I think that we are incredibly fortunate that every day, our work is listening to music and interpreting music.“