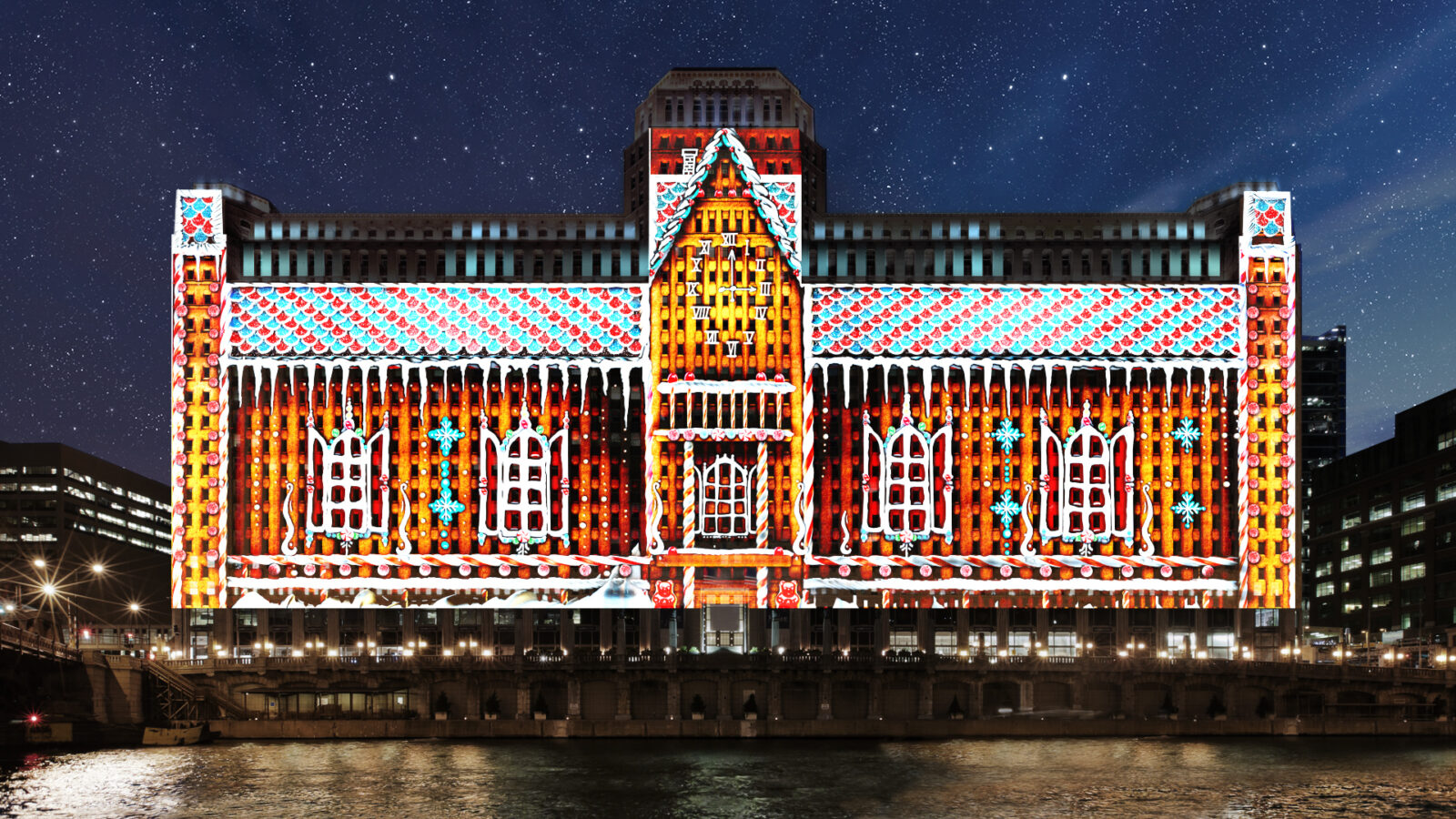 Chicagoans and visitors alike can now enjoy the sounds of the season with festive classical music selected by WFMT to accompany the holiday program for one of the city’s largest pieces of public art — Art on theMART.

From December 19 to December 31, 2018, WFMT’s selections will accompany Art on theMART’s holiday program. As theMART shines with projections of wintry images dancing across its 2.5 acre façade, you can click here to stream the holiday music on your phone.

Art on theMART runs from 7:00 to 9:00 pm on Wednesdays, Thursdays, and Fridays; and from 5:00 to 7:00 pm on Saturdays and Sundays. The holiday program, with WFMT’s music selections, concludes on New Year’s Eve.

Art on theMART launched on September 29, 2018. Mayor Rahm Emanuel called Art on theMART “a visionary project that brings Chicago’s legacy of public art and iconic architecture into the future.” The installation will continue for 30 years, per an agreement between the owner of theMART and the city.

WFMT is proud to partner with Art on theMART and contribute festive classical music to theMART’s inaugural holiday program!

After 52 Years at WFMT, Music Director Andi Lamoreaux To Retire
6 Classical Music and Wine Pairings That Are Sure To Soothe Your Soul
In the Age of the Visual Album, What Can Opera Learn from Beyoncé?
6 Easy Steps to Finding a New Instrument
How To Choose the Best Speakers to Listen to WFMT (and All Your Favorite Music!)
Classical Coffeeshop