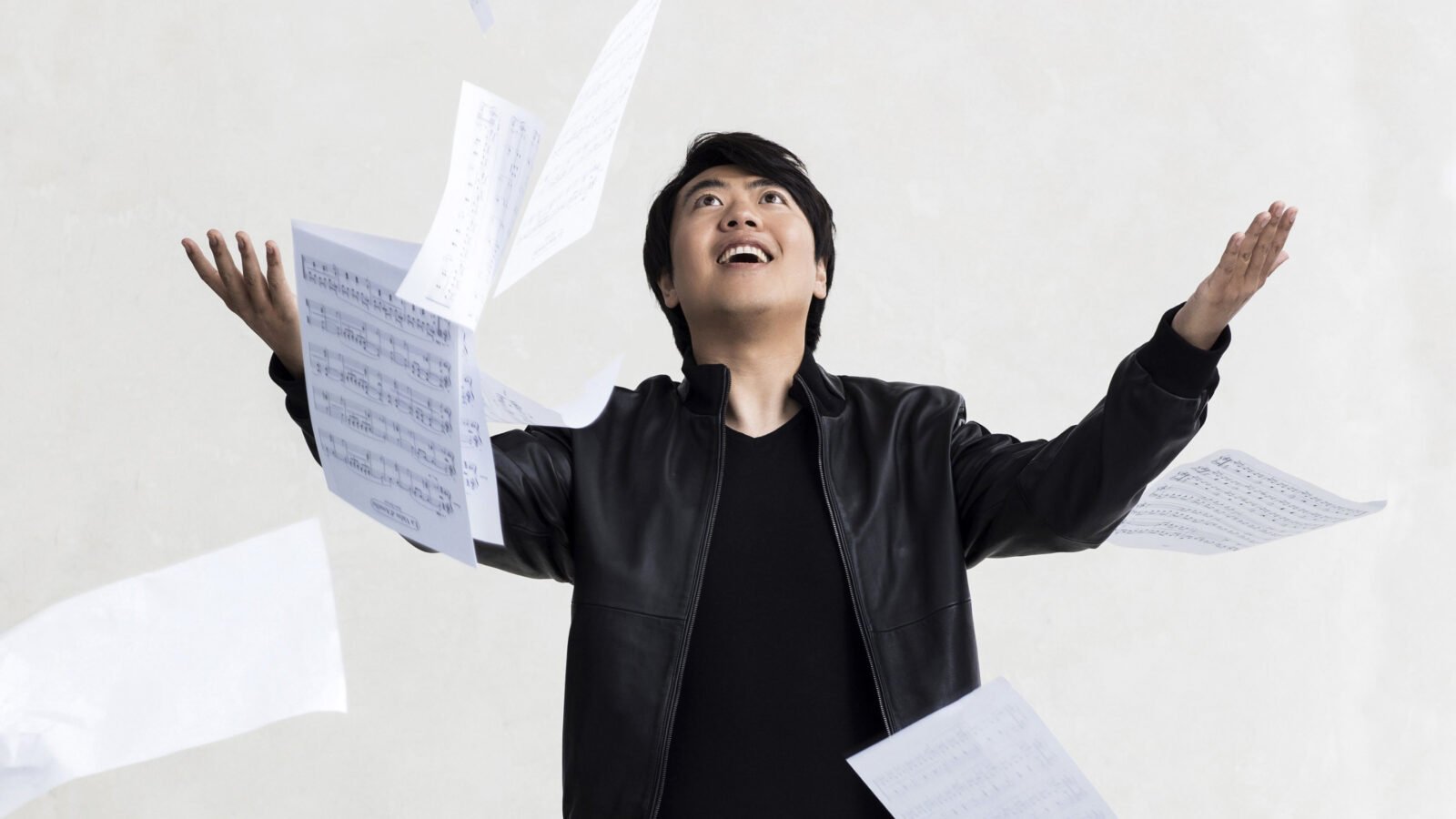 Grammy-nominated pianist Lang Lang is one of the most recognizable classical artists of the century, having performed at the 2008 Beijing Olympics and 2014 World Cup in Rio de Janeiro – not to mention his cross-genre collaborations with Metallica, Pharrell Williams, and Herbie Hancock.

As Lang Lang continues to push the boundaries of the piano and perform at some of the world’s most famous venues, music education remains a cornerstone of his artistry. His Lang Lang International Music Foundation strives to “educate, inspire, and motivate the next generation of music lovers and performers.” One of the foundation’s initiatives is its Young Scholars program: Lang Lang personally selects talented pianists from around the globe to mentor and offer performance opportunities (17-year-old pianist Kimberly Han of Lake Forest, Illinois, who recently performed on WFMT’s Introductions, was named a 2016-2018 Lang Lang Scholar).

Lang Lang expresses his commitment to music education in his most recent album, Piano Book. The album focuses on “music that inspired me the most and made me love music,” he stated in a recent interview. The piano virtuoso grew up “in an apartment where my parents, who were musicians, lived with the Chinese Folk Orchestra. All of my neighbors played an instrument or sang. In the kitchen or in shared spaces, I always heard music, and it was like hearing a language. I heard a neighbor playing Beethoven’s Für Elise, some more Western classical music, and I was quite curious! I started to learn those pieces in the beginning.”

“I wanted to show respect for the global appeal of piano music today,” Lang Lang explains. “Piano really has become one of the most popular instruments, and over the past years of traveling around the globe and giving live performances, I have learned a lot of folk music from these places. These pieces are extremely popular in their home countries, but somehow, they do not ring a bell in other places! As musicians, our goal is to be good communicators and cultural ambassadors – I would like to bring that great music from local cultures to a larger world stage.”

Recognizable pieces, no matter the genre, can fall into the trap of being played repetitively. Despite this, Lang Lang insists, “We have to look at the same piece differently every day. It can be a similar interpretation, but we have to challenge ourselves. That’s why I made these recordings, to show my students and say, ‘Look, this music can be played differently and at the level of a Mozart opera or Beethoven symphony.’” While Lang Lang encourages students to listen to opera and symphonies, he also stresses the importance of listening to jazz in order to develop artistic flexibility and freedom. “In jazz, the musicians play differently every time. You can’t even ask a jazz musician to repeat the same thing twice.” Even if the style is different, Lang Lang points out that, ultimately, “every art form is connected. For example, I just performed in front of a great painting at the Prado Museum in Madrid. Paintings, sculptures, novels – all arts are connected.”

Developing one’s well-rounded artistry, especially as a student, can also be difficult because of one pervasive obstacle: fear. In order to combat fear, Lang Lang returns to the core of music making. “One of the solutions for not fearing too much is to use your ear more than your hands. When you listen carefully to what you are producing in the moment, then it is easier to make progress. When you are on, ready like a warrior, and everything going through your mind, this can be very dangerous. It’s hard to control yourself. This happened to me as a kid. I would get so carried away with music, the overwhelming nature of performance. There are a lot of things you practice that aren’t heard in the concert.

“But if you are so calm, so relaxed, then it is also hard to be on stage. You don’t get excited and it’s not special enough to perform! Before the concert, take a nap, relax, look at the score one more time before you go out,” and with a laugh, he added, “and get some chocolate or cookies to make you feel a little sweeter! Being on stage has to be the most special moment of your life — you can’t just let it go.”

Decade in Review: The 2010s and Classical Music
In the Age of the Visual Album, What Can Opera Learn from Beyoncé?
Benny Kim and Grace Fong
Classical Coffeeshop
Have a Happy, Musical, and Safe Holiday With These 9 Chicago Performances
May the Scores Be With You: Violinist Anne-Sophie Mutter Joins Forces With John Williams