WFMT now gives you a daily connection to the amazing wealth and variety of classical music in the Chicago region. Music in Chicago is heard weekdays at noon, featuring recordings and live performances by area soloists and ensembles and visiting artists. This Monday, we’ll share a recording by Camerata Chicago. On Tuesday, we’ll hear a past Dame Myra Hess concert with Esther Lee and Sung Chang. On Wednesday, we’ll take you downtown for a live Dame Myra Hess Memorial Concert with pianist Tom Zalmanov. On Thursday, we’ll hear Michael Abels’ Winged Creatures, performed by the Chicago Youth Symphony Orchestra with Anthony and Demarre McGill, and Friday’s program features the Brasil Guitar Duo.

“Summer” from The Four Seasons by Antonio Vivaldi

Husband and wife duo Sung Chang and Esther Lee have been playing together since 2010. After only six months as a piano duo, they won first prize in the 17th International Schubert Competition for Piano Duo. Chang and Lee reside in Los Angeles and continue to perform together as a duo, as soloists, and as chamber musicians around the world. They came to Chicago on May 29, 2019, to play in the Dame Myra Hess Memorial Concert Series.

Hungarian Rhapsody No. 2 in C-Sharp Minor by Franz Liszt

Israeli-born pianist Tom Zalmanov is a student at the Buchman-Mehta School of Music in Tel Aviv. He is a first prize winner of the Voice of Music “Young Artist” competition and “Piano Forever” Competition in Israel. Zalmanov performs in Israel as well as in Europe, Asia, and the United States, both as a soloist and as a devoted chamber musician.

Piano Sonata No. 2 in G-Sharp Minor by Alexander Scriabin 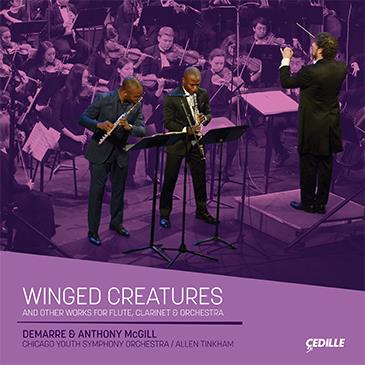 “Winged Creatures” and other Works for Flute, Clarinet, & Orchestra

Brasil Guitar Duo, a 2006 winner of the Concert Artists Guild International Competition, is equally at home on a classical or a world-music series. Its innovative programming features a seamless blend of traditional and Brazilian works, resulting in a full global touring schedule and a growing catalog of critically acclaimed recordings. The duo performed on February 15, 2019, at Northeastern Illinois University’s Recital Hall.