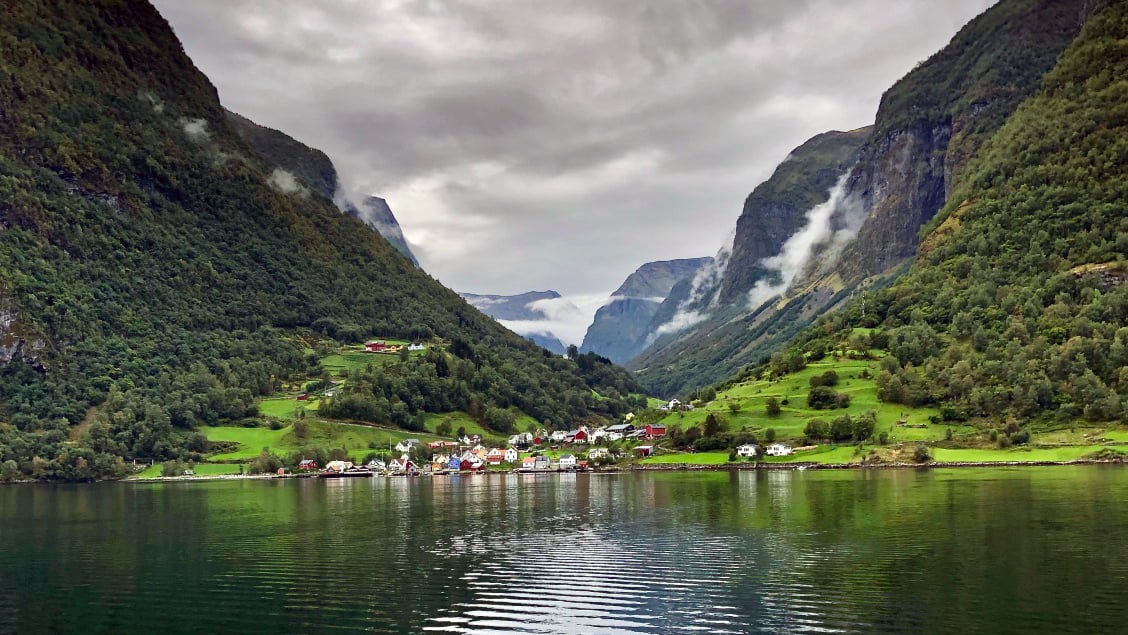 One of the most exciting things about working at WFMT over the years has been the opportunity to travel on music-themed trips, meeting new friends who share a love of classical music. In early September, I led a group of eleven listeners on a journey to Denmark and Norway, where we saw cosmopolitan capitals and incredible natural beauty. Along the way, we learned about each country’s rich culture, heritage, and history and experienced beautiful musical performances. 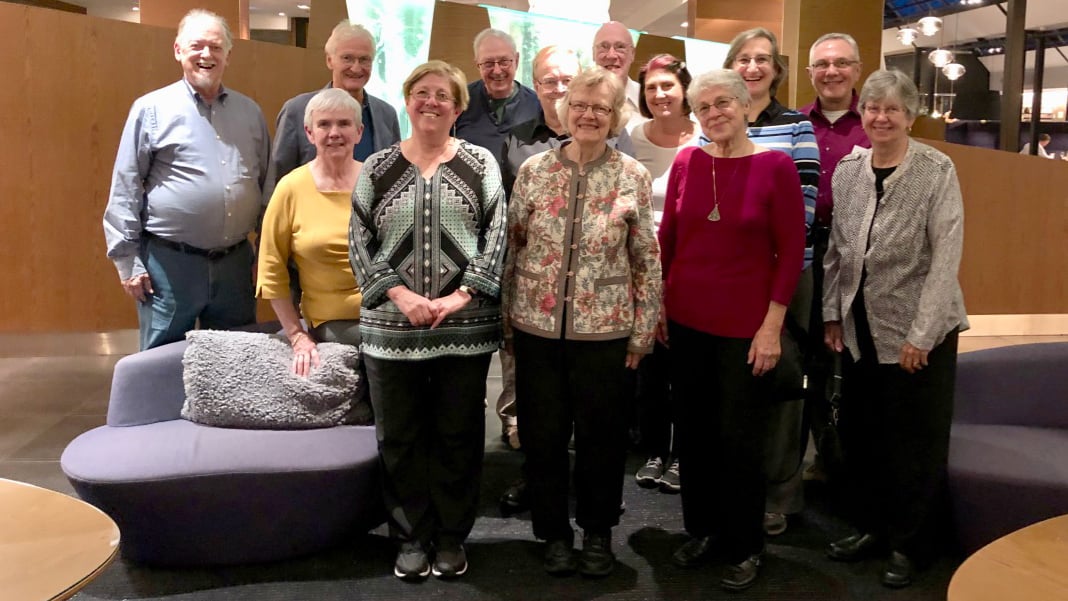 Our merry band of travelers!

I hope you enjoy these photos from our Scandinavian adventure. I’d like to thank AHI Travel and our wonderful travel director, Frits Branner, for making this such an unforgettable trip! 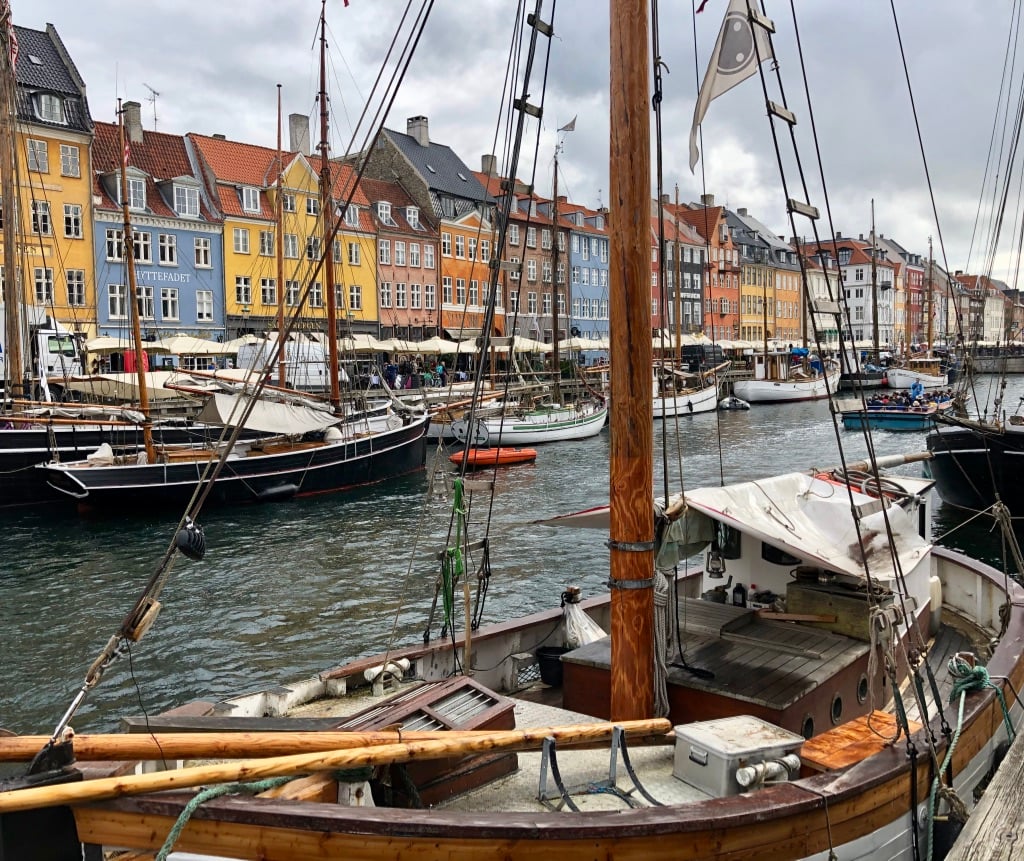 On our first day in Copenhagen, we cruised along the waterways that weave through the city. The colorful Nyhaven district dates back to the 17th century. Originally a rough-and-tumble sailors’ quarter, it’s now a trendy area filled with cafés, bars, and restaurants. 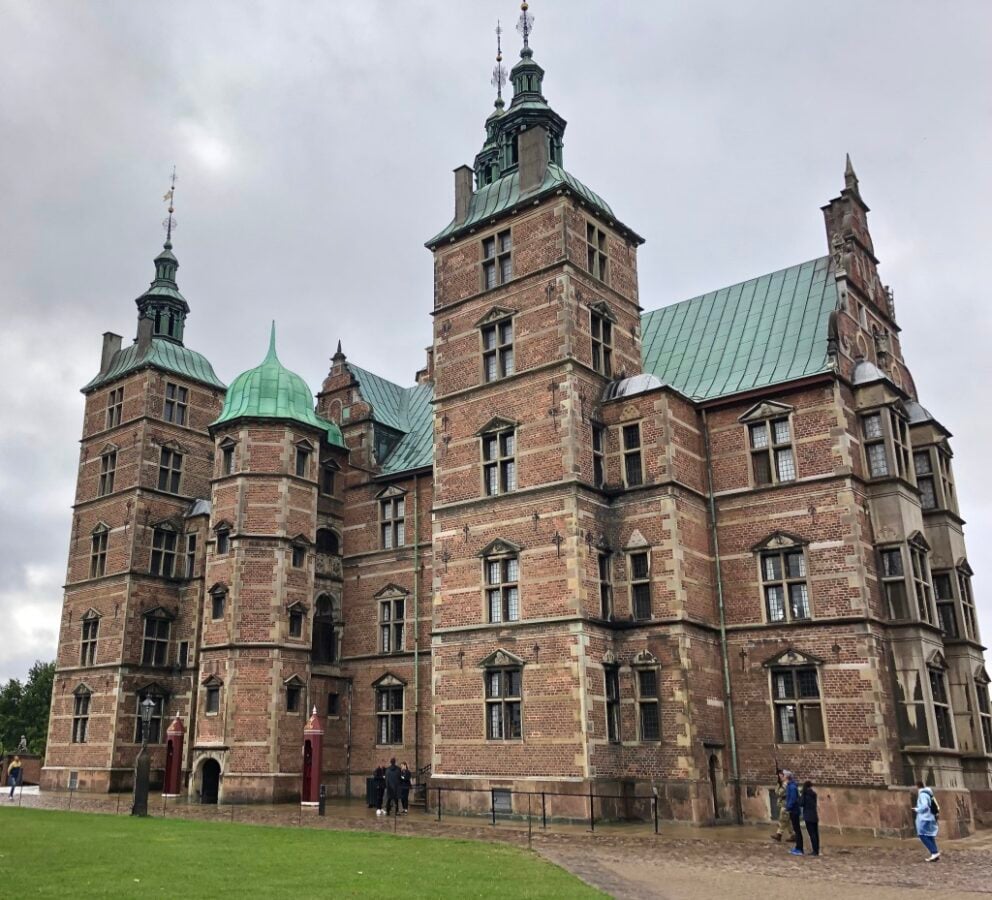 King Christian IV reigned over Denmark for 59 years and left an incredible legacy of buildings in Copenhagen. He built Rosenborg Castle in the early 1600s as a summer residence. It’s now a museum that houses the Danish crown jewels. 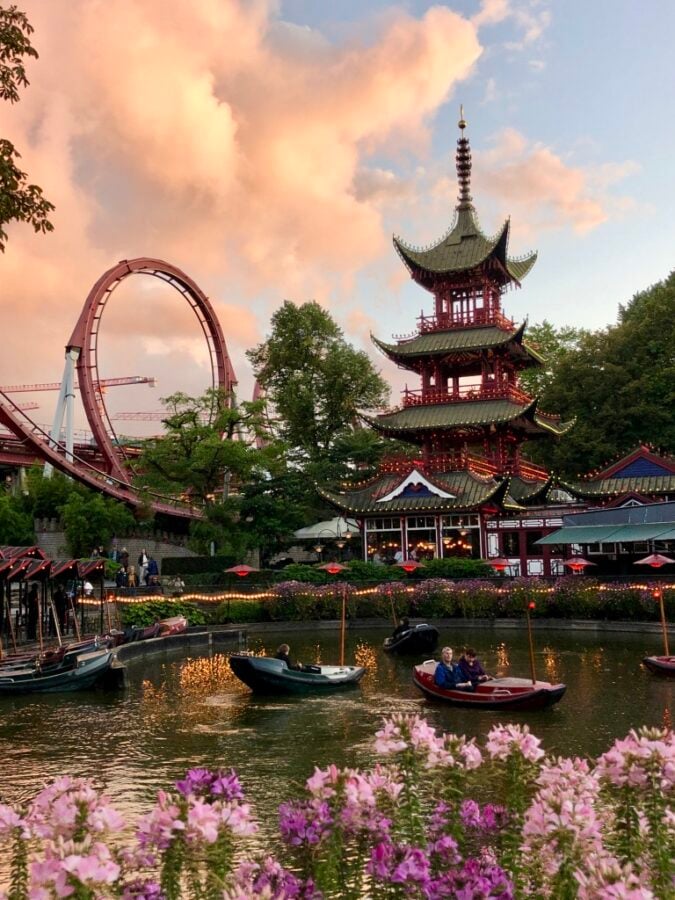 Tivoli Gardens is an old-style amusement park dating back to the 1800s in the heart of Copenhagen, filled with rides, restaurants, games, shows, and beautiful gardens. 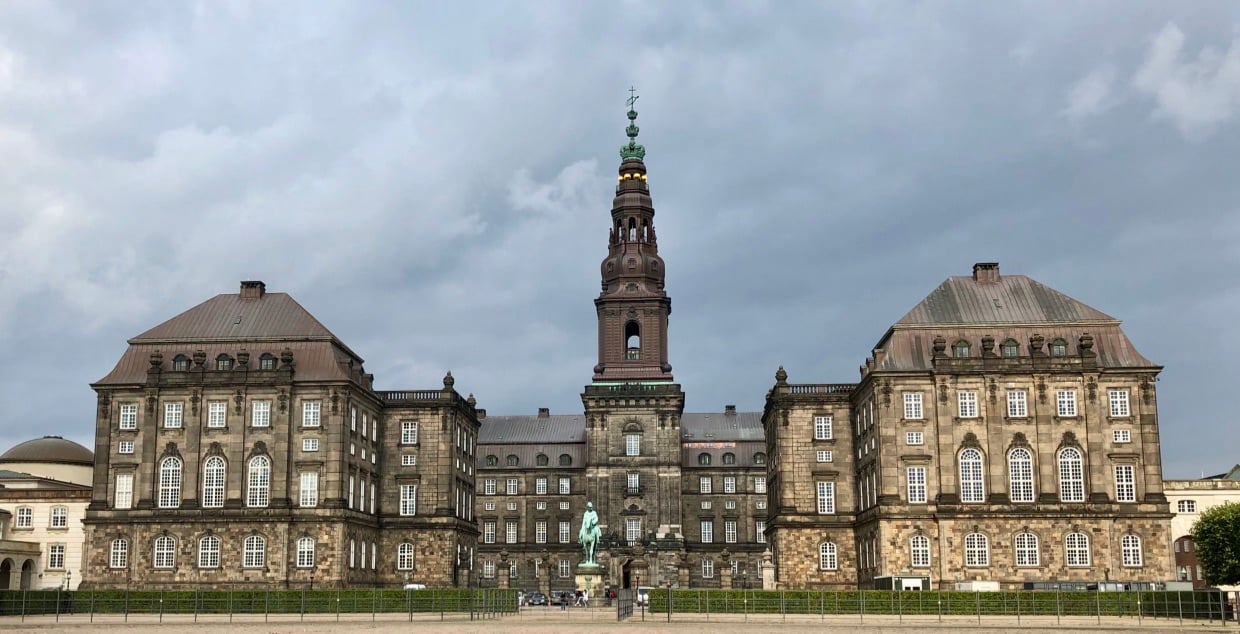 Christiansborg Palace is a complex that houses all three of Denmark’s branches of government and royal reception rooms. One of my favorite TV shows, the popular Danish series Borgen, is nicknamed after the palace and many scenes were shot on location there. 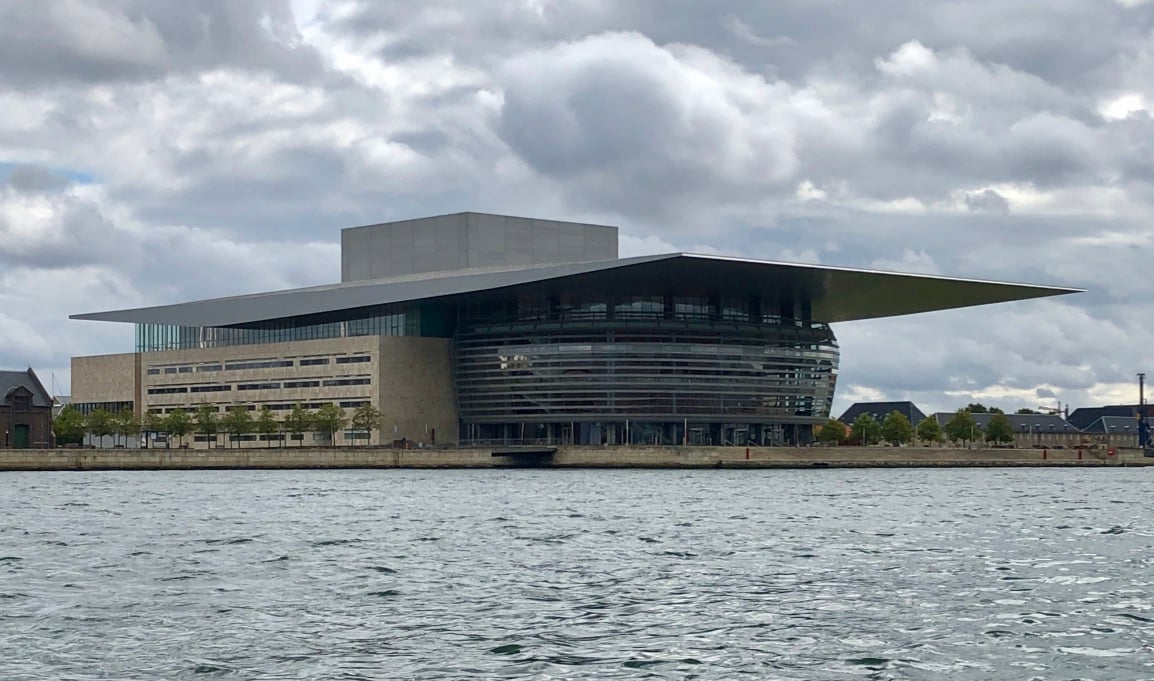 Copenhagen’s stunning modern opera house is located along the inner harbor. Completed in 2005 by Henning Larsen at a cost of $400 million, it was a gift to the city from an oil-shipping magnate.

Amalienborg is the residence of the Danish royal family. Queen Margrethe II has been Denmark’s monarch since 1972. When the flag is flying above the palace, the Queen and her family are home. 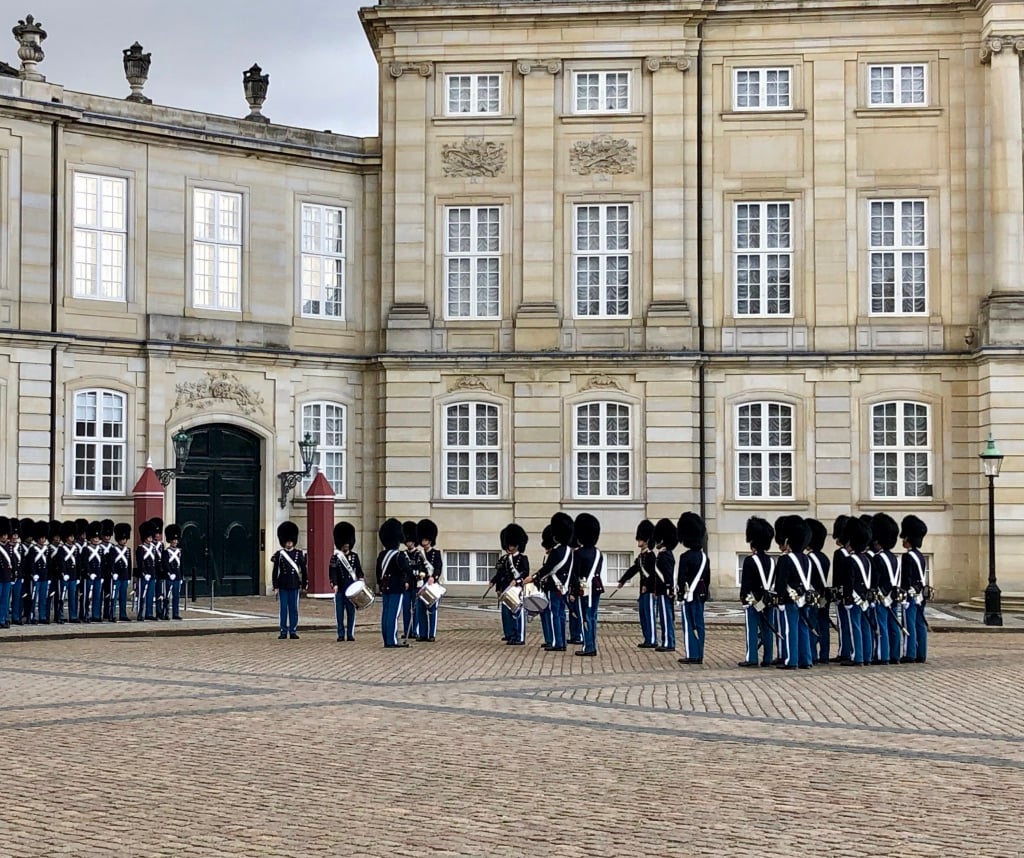 The changing of the guards at Amalienborg Palace 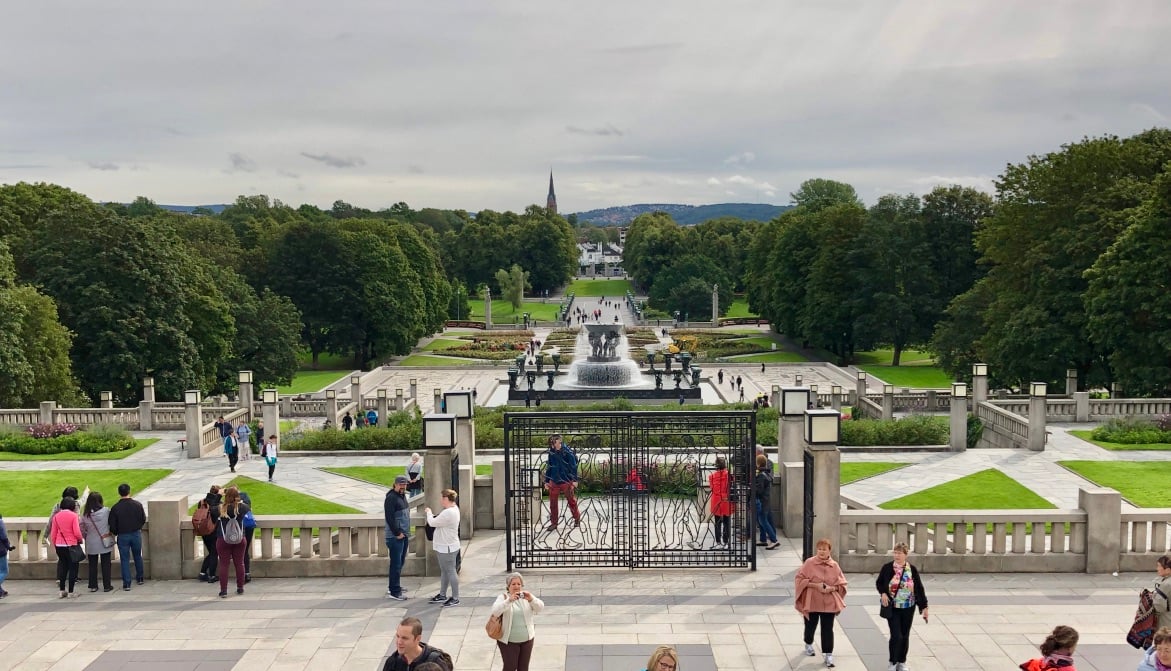 Oslo’s striking Opera House, which opened in 2008, seems to rise right out of the city’s harbor. The exterior is open to the public and visitors are encouraged to walk everywhere, even the roof! 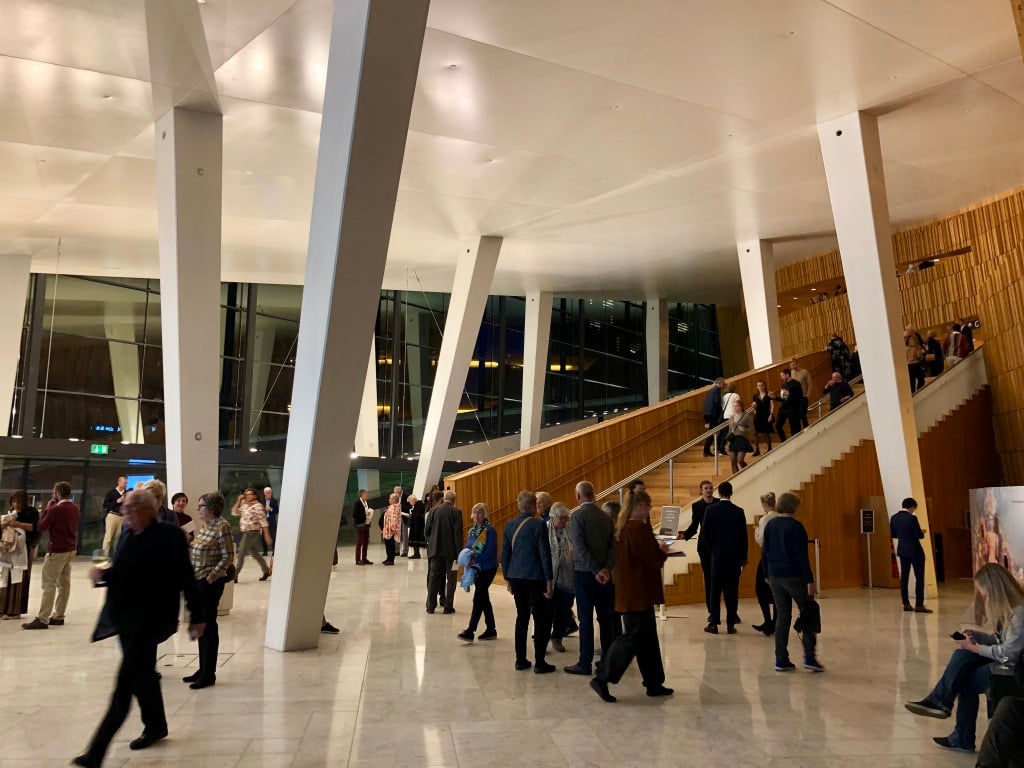 Oslo’s Opera House has a state-of-the-art theater seating 1,400 people. Our WFMT group attended a wonderful performance of Mozart’s opera The Marriage of Figaro. 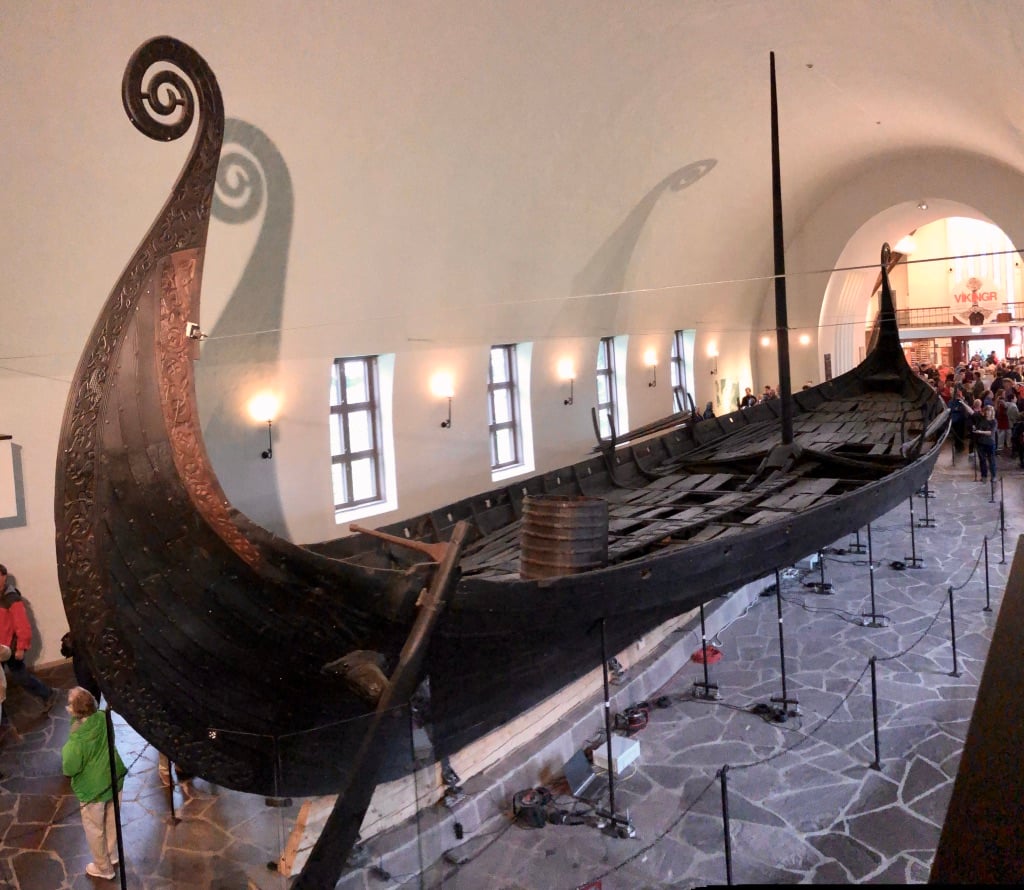 Oslo’s impressive Viking Ship Museum contains two of the best-preserved ships dating from the 9th and 10th centuries. This is the Oseberg ship in which the remains of two women and a wide array of artifacts were found. 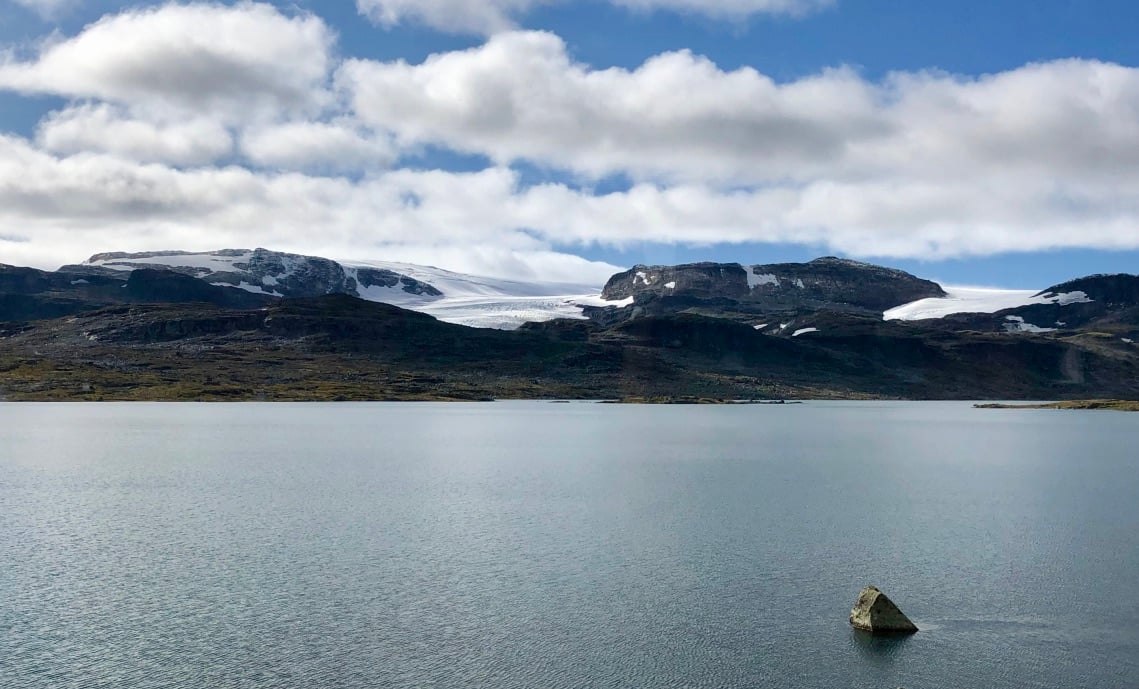 From Oslo to Bergen, we traveled on Europe’s highest-altitude railway and one of the most scenic train rides in the world, passing by stunning fjords, waterfalls, and glaciers. View from the Oslo to Bergen train 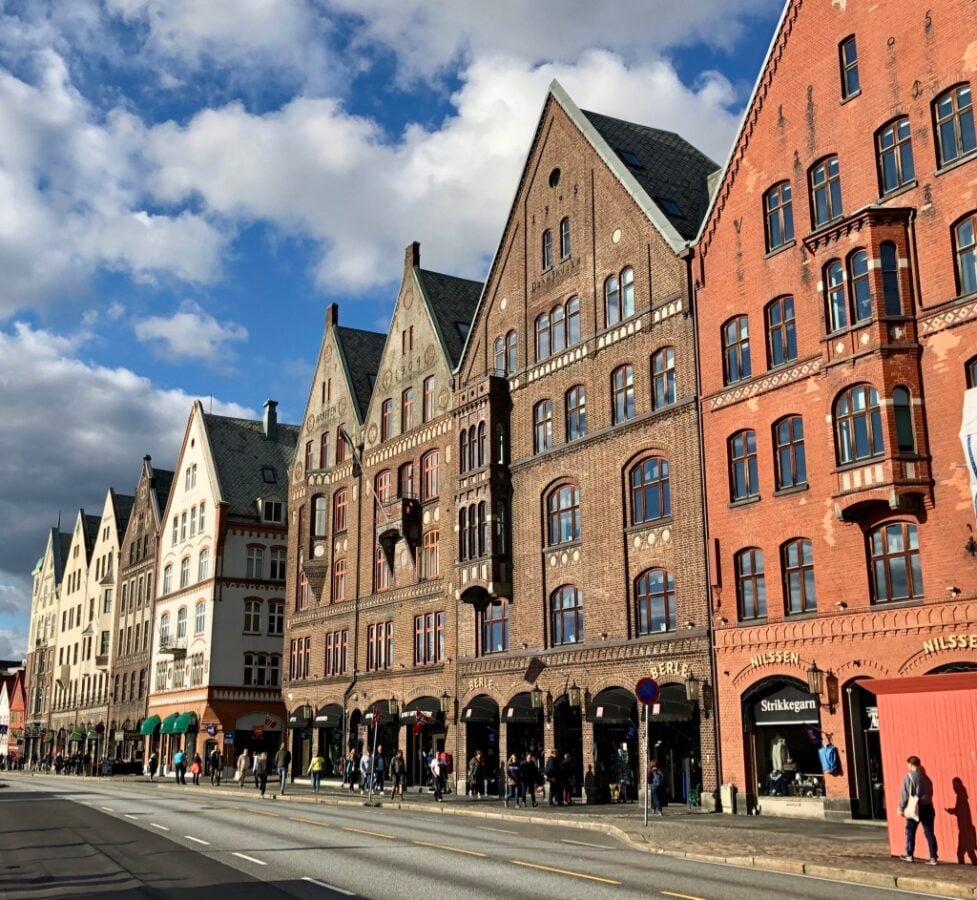 Bergen is Norway’s second-largest city with a charming center and harbor surrounded by mountains. We were warned about its famously lousy weather, but we arrived to sunshine and pleasant temperatures! 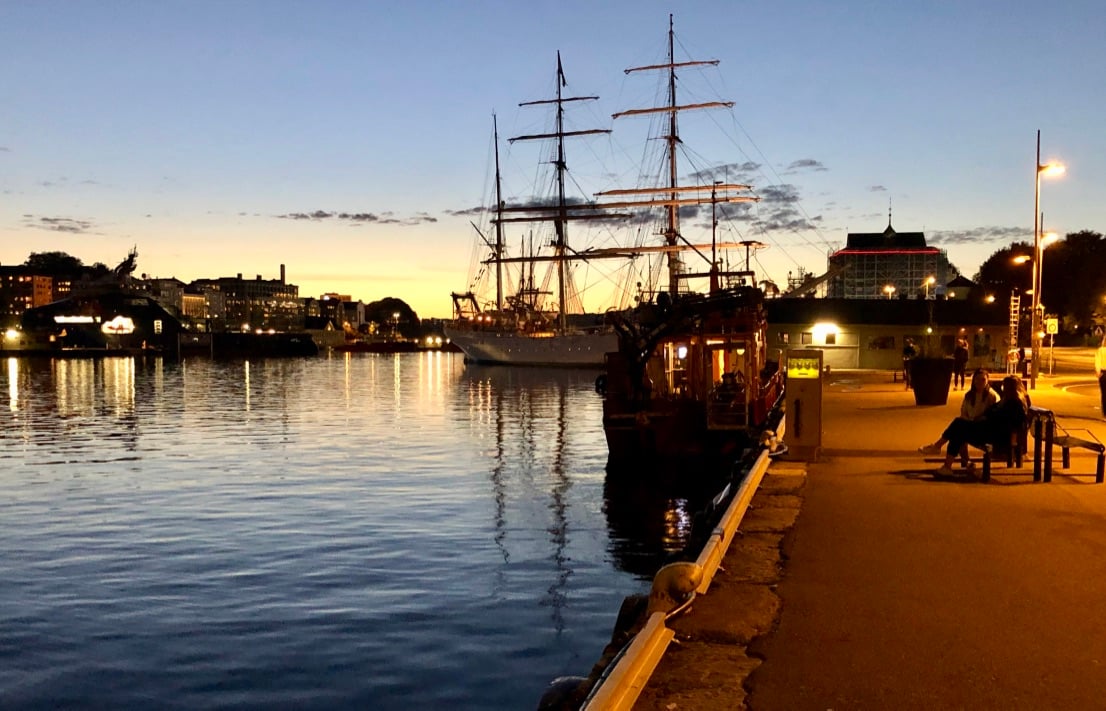 Bergen’s harbor at night. It was past 9:00 pm, but there were was still light in the sky. 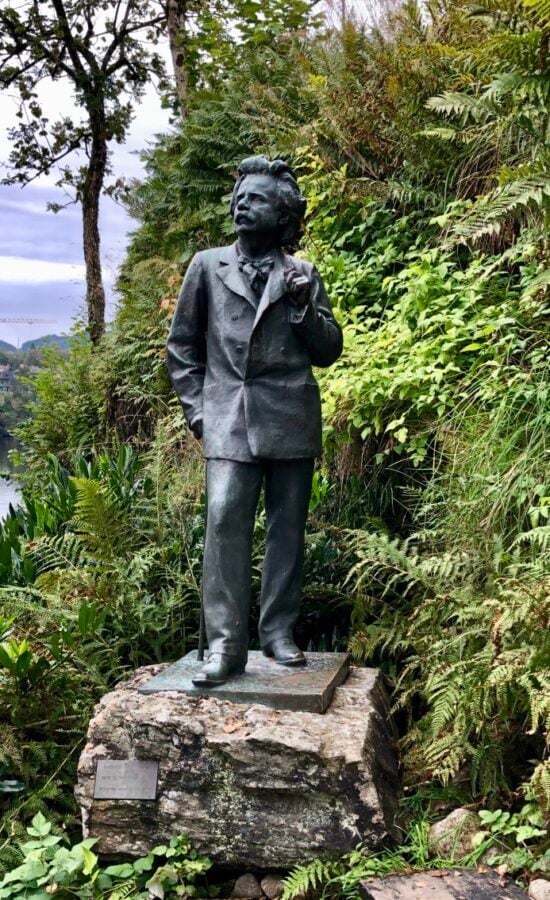 Bergen’s most famous resident was composer Edvard Grieg. We spent an afternoon visiting his summer villa, Troldhaugen (Hill of the Trolls). 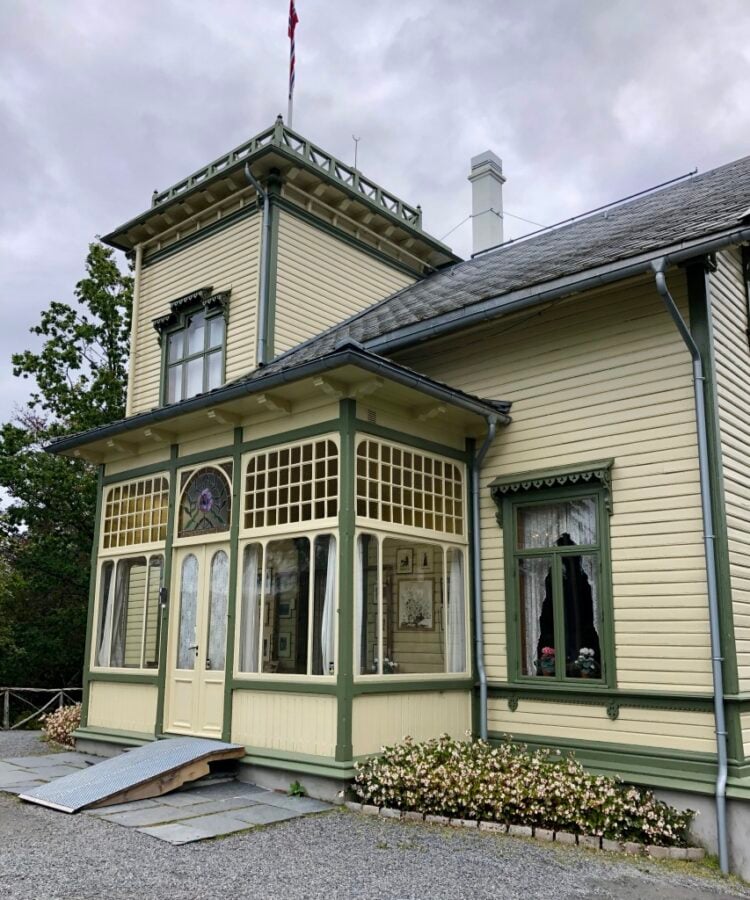 The villa where Grieg and his wife Nina spent many summers 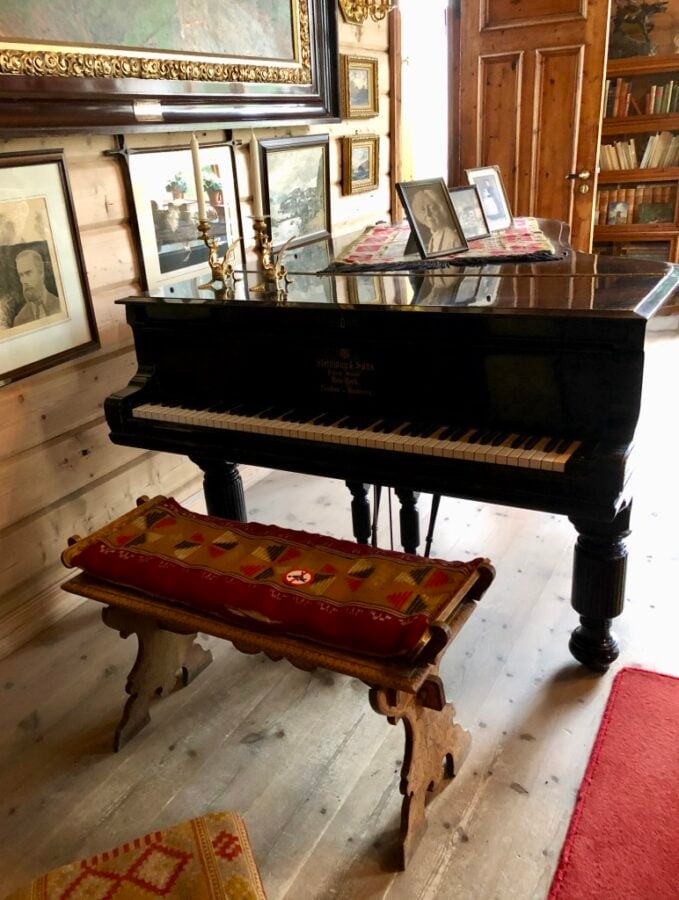 Grieg’s own Steinway piano from 1862 still resides at Troldhaugen. The instrument is playable and often used for concerts and recordings. 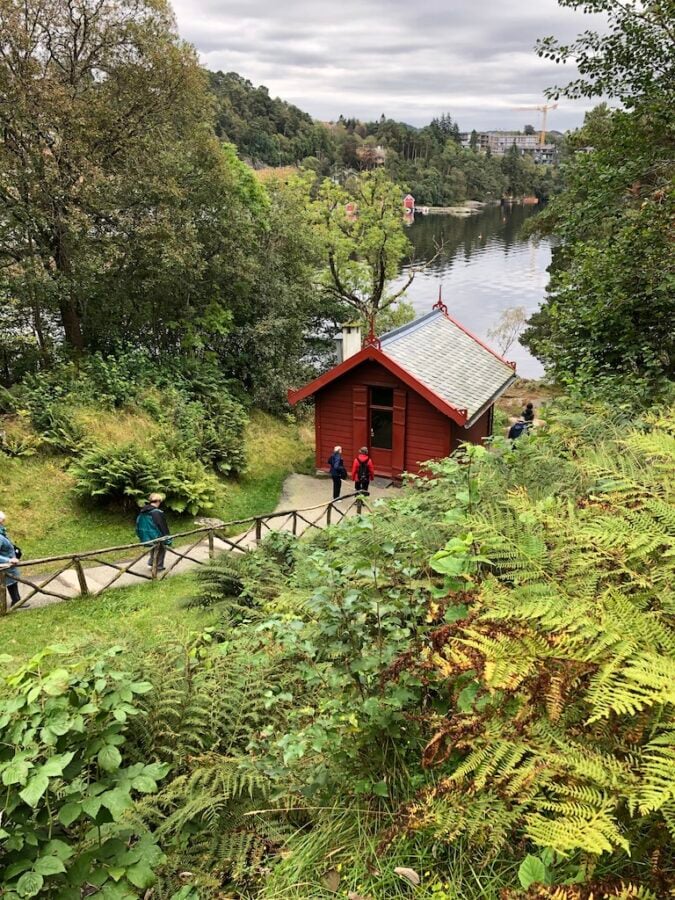 Grieg worked on his compositions in this tiny hut at Troldhaugen, looking out over the peaceful lake waters for inspiration. 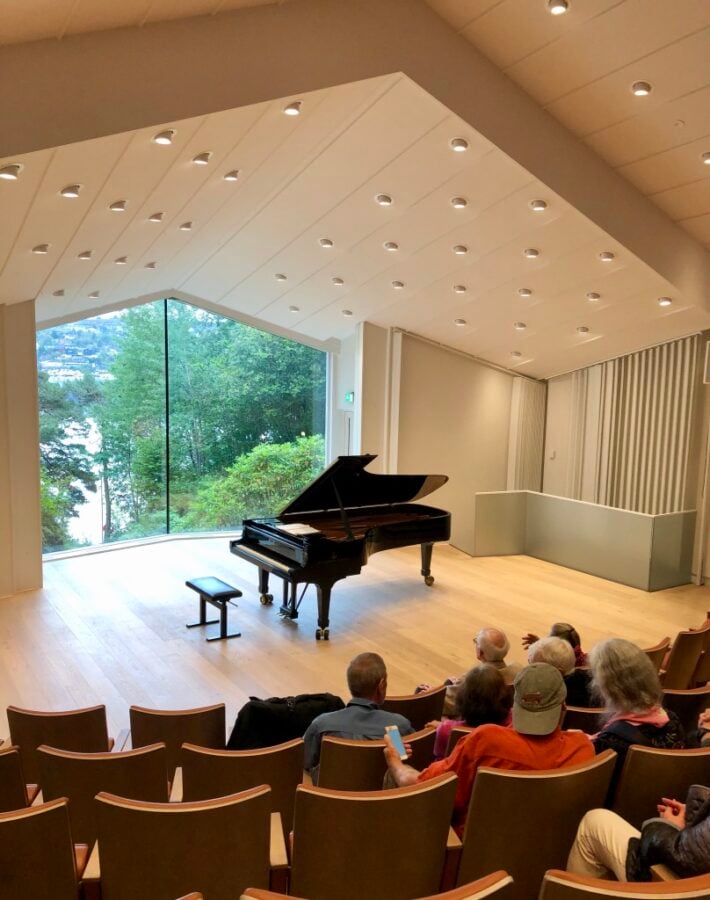 At the conclusion of our afternoon, we heard a recital in the intimate concert hall next to the villa. Pianist Rune Alver performed Grieg’s music, and the program naturally included Wedding Day at Troldhaugen, composed to commemorate Grieg’s own silver wedding anniversary. 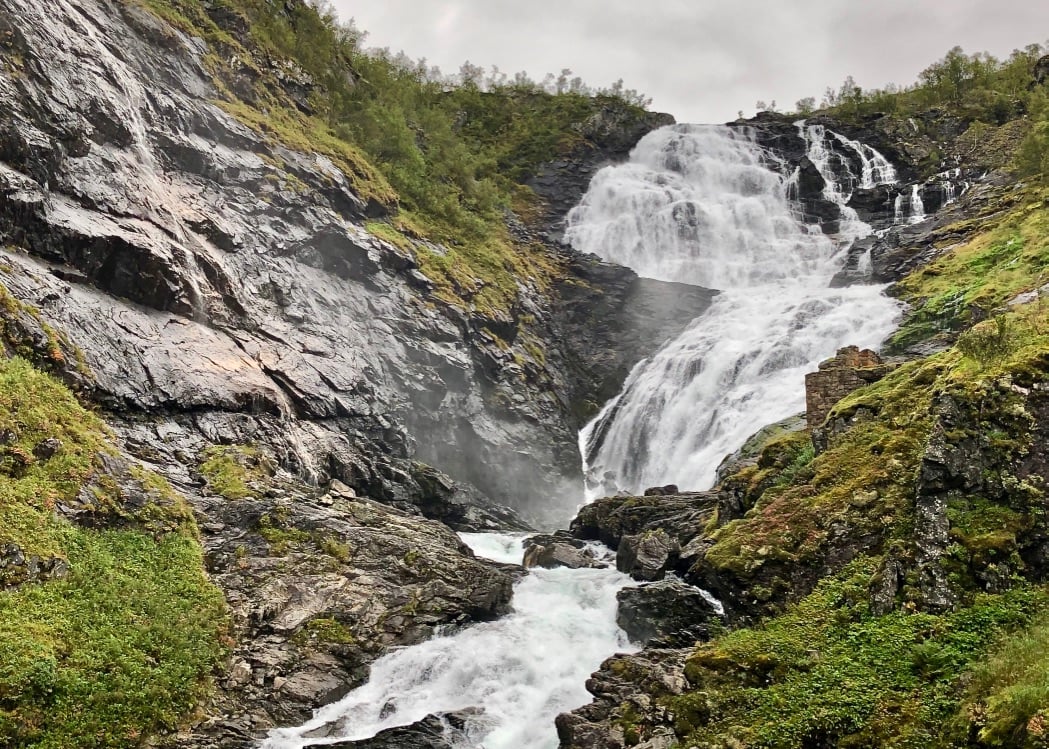 On the final day of our trip, we experienced the breathtaking natural beauty of Norway. Our journey started on the Flåm Railway, one of the steepest train rides in the world, where we saw this stunning waterfall. 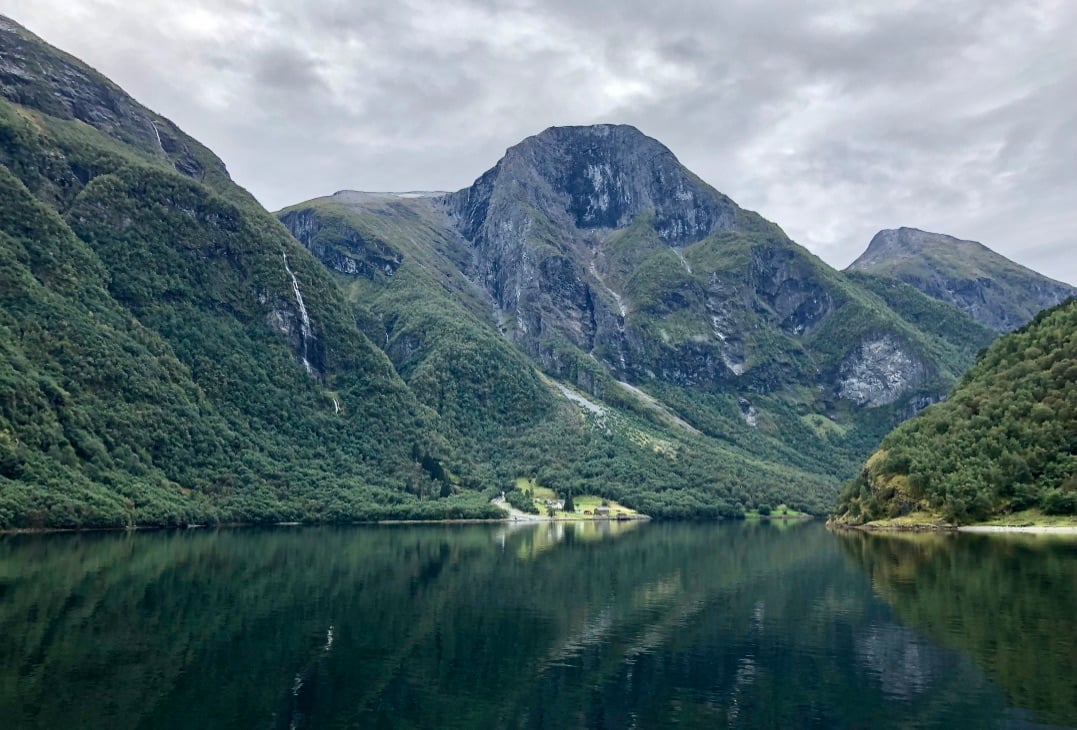 Following the train ride, we rode a ferry through the spectacular scenery of the Sognefjord, Norway’s longest and deepest fjord. Decade in Review: The 2010s and Classical Music
6 Classical Music and Wine Pairings That Are Sure To Soothe Your Soul
Hope and Strength: Celebrating Black Artistry with Lawrence Brownlee & Lyric
10 Woman Conductors You Should Know
Bach, Borge, Biden: Ed O’Keefe, the CBS News White House Correspondent Who Came To Play
In the Age of the Visual Album, What Can Opera Learn from Beyoncé?