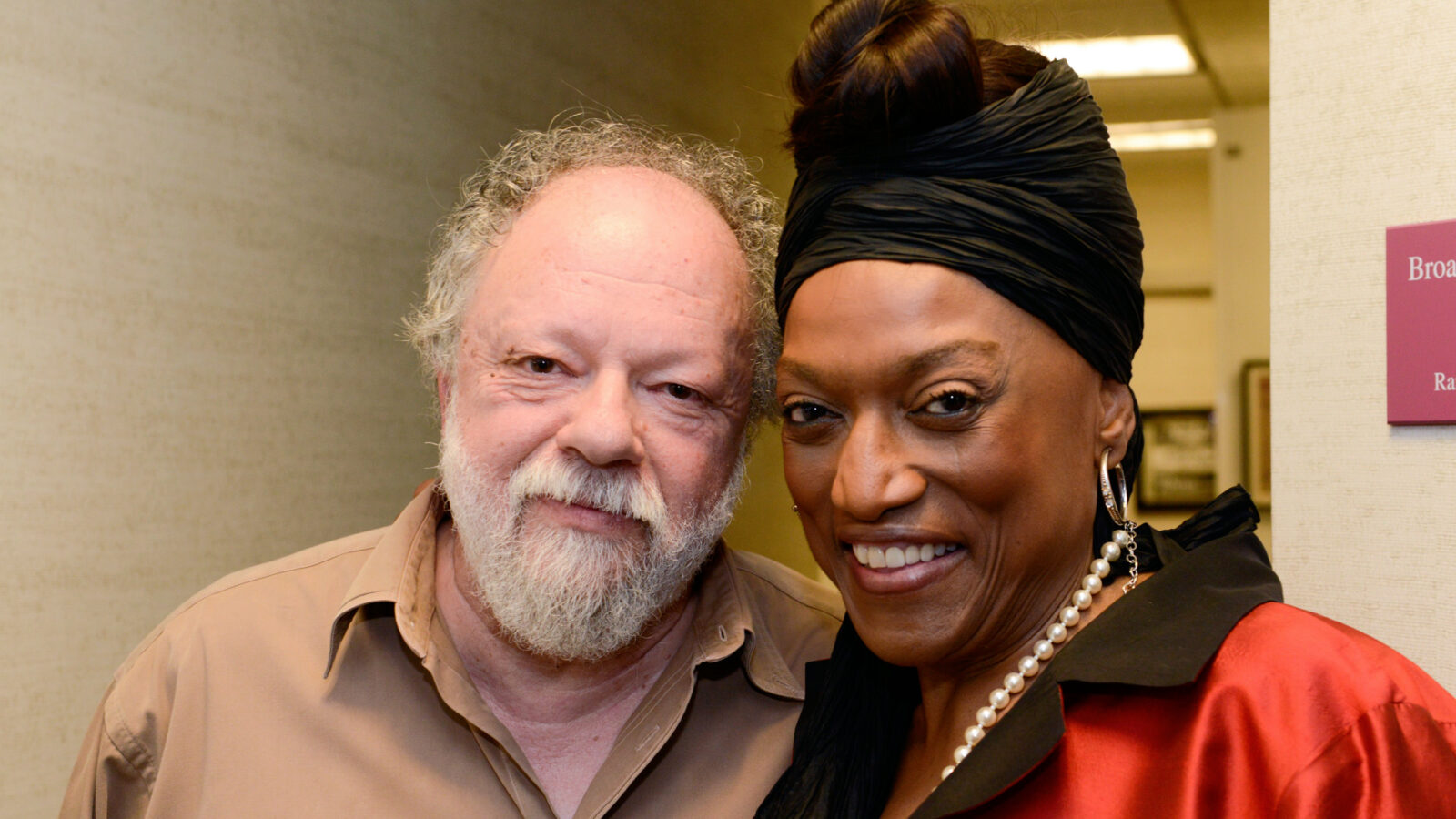 WFMT was deeply saddened to learn that soprano Jessye Norman has died at age 74. As a tribute to her inspiring life and career, we are re-sharing this story from May 19, 2014, when Ms. Norman herself visited WFMT, treating audiences to an hour of music and conversation with host Kerry Frumkin.

Legendary soprano Jessye Norman played DJ at WFMT on Monday. In town to speak at the Chicago Humanities Festival, Ms. Norman stopped by to "Guest Host" – choose the music and chat about it with Kerry Frumkin. They talked about her career which includes five Grammy Awards, and about life as an international performer. At one point she told Kerry she doesn't like to listen to opera when she relaxes. She prefers Nina Simone or Nat King Cole. She shared a Nina Simone rendition of "My Man's Gone Now" from Gershwin's Porgy and Bess.

Ms. Norman also read an excerpt from her memoir Stand up Straight and Sing!

Jessye Norman was just a girl when she began to shine; from a musical family in Augusta, Georgia, she started singing gospel in church at the age of 4. At her mother's insistence, she studied the piano, and at age 9 began listening to opera. The sheer power and richness of her voice pointed her toward the Germanic roles: Strauss and Wagner. In 1969, she won the ARD International Music Competition in Munich and landed a three-year contract with the Deutsche Oper Berlin. In 1975, she moved to London, gaining a reputation as a recitalist and performer of art song. Ms. Norman also began recording her much-acclaimed series on Philips, including Strauss' Four Last Songs, Songs of Schubert, and Schoenberg. The Philips recordings continue to be among the most popular in that repertoire, inspiring singers who've followed in her footsteps. Of Jessye Norman, dramatic soprano Christine Brewer (presently performing in Lyric Opera's The Sound of Music) said, "I love her. I've never met her — but oh, I love her."

Jessye Norman returns to Chicago to speak at the Chicago Humanities Festival, Monday, May 19, 2014, at 6:00 pm.