Whether you’re looking for a hardcore horror flick or a family-friendly outing, this list has you covered for some of the Chicago area’s Halloween highlights!

Arts in the Dark — Halloween Parade of Artists

October 19, 6:00 pm • The Loop • Free • artsinthedark.org
Kick off Halloween season with this annual nocturnal parade celebrating the “artist’s holiday.” Organized by the Chicago Department of Cultural Affairs and Special Events, the festivities feature floats and performances from city’s arts organizations. 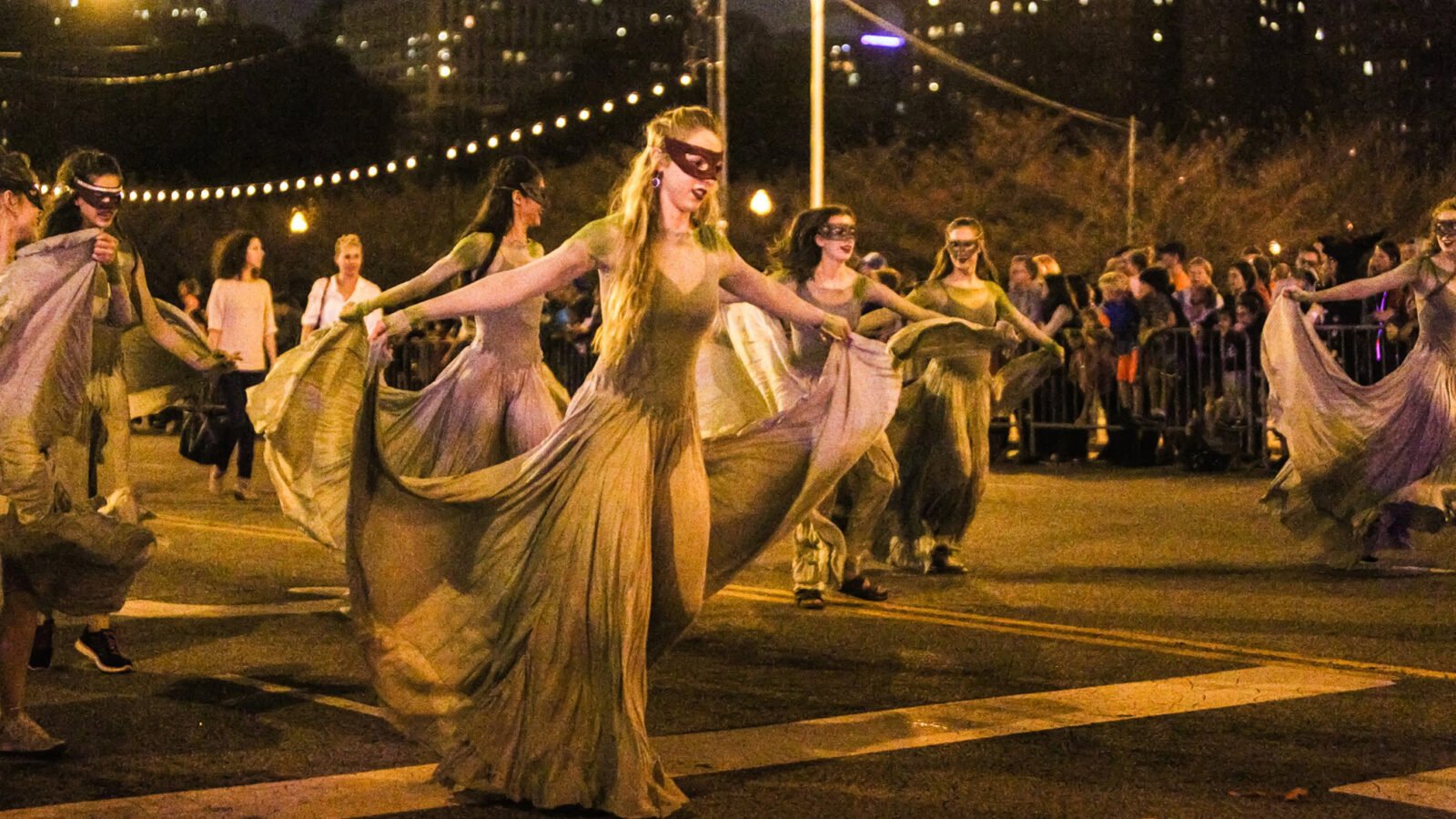 The 2017 Arts in the Dark Parade (Photo: Suzanne Tennant Photography)

October 24, 3:30 pm • Gallagher Way in Wrigleyville • Free • gallagherway.com/events
Trick or treating, a caramel apple station, a free screening of ‘90s Halloween classic Hocus Pocus, and musical performances by Old Town School artists make this event ideal for families. And since it’s at Gallagher Way (on the plaza outside of Wrigley Field) it’s also ideal for Cubs fans who wish they had a baseball-related reason to hit up Wrigleyville in October. 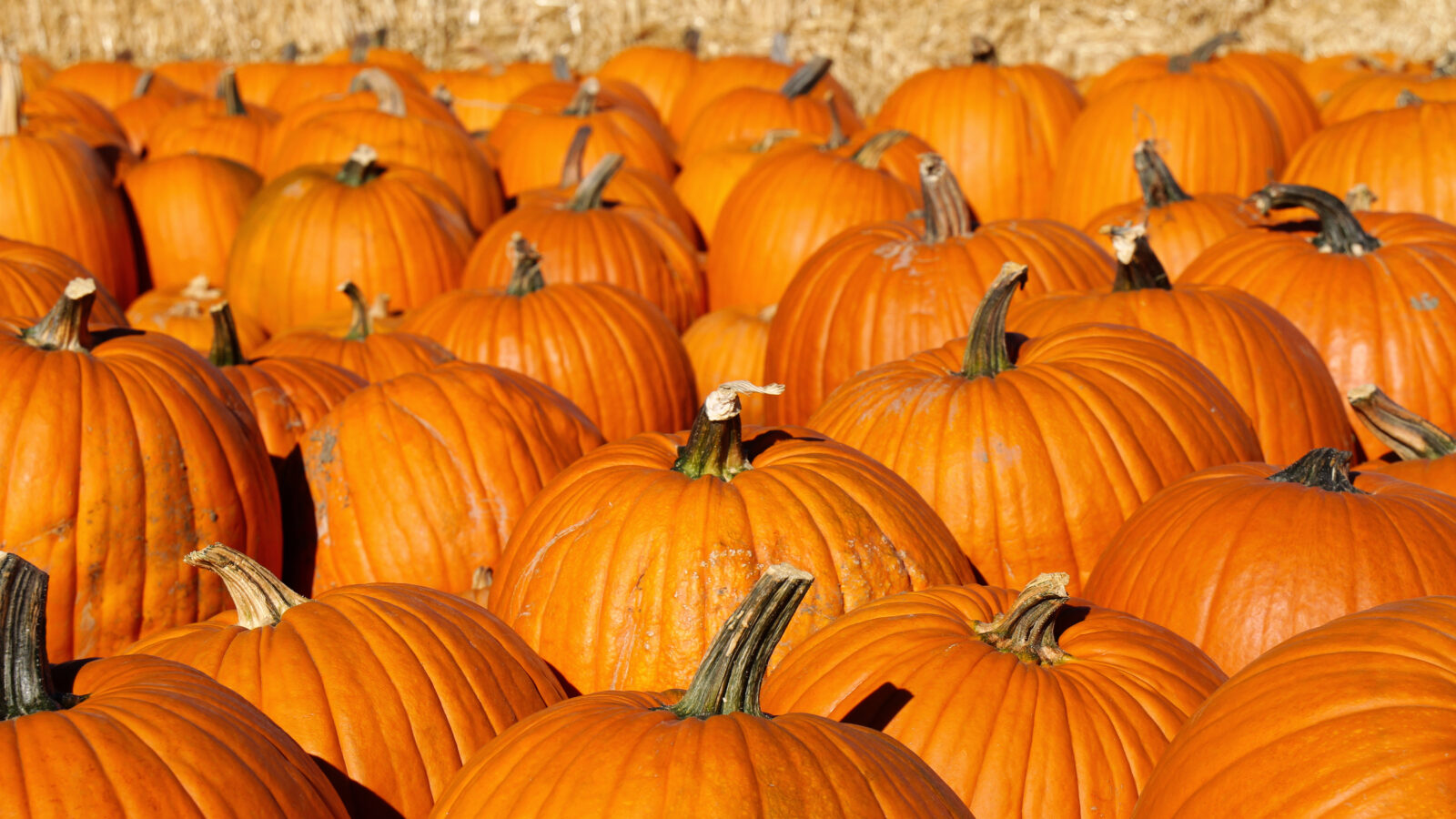 October 26 & 27, 10:00 am • Old Town School of Music, Armitage Concert Hall • $12 ($11 for members) • oldtownschool.org
A self-described “spooky, but not scary, sing-a-long,” this concert encourages participation from audience members of all ages, who can sing along with a live band of Old Town School faculty.

Halloween Sing-Along with Anima sing along

Creatures of the Night

October 26, 5:00 pm and 8:00 pm • Glessner House • $25 ($20 for members) • glessnerhouse.org
Edgar Allan Poe’s chilling poetry and prose are a natural fit for Halloween. With staged readings from Lifeline Theatre actors against the appropriate backdrop of the South Loop’s 19th-century Glessner House, this literary Halloween tradition is sure to make your heart beat a little faster. 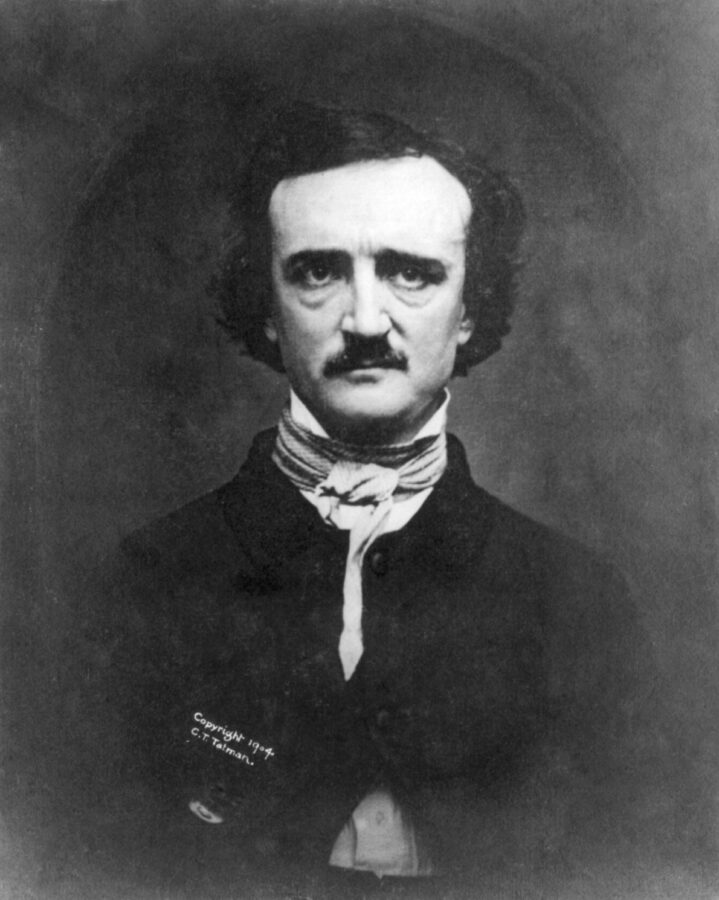 October 26, 7:00 pm and 9:00 pm • Mandel Hall of The University of Chicago • Suggested donation $10 for adults, $5 for kids • music.uchicago.edu
Haunting and haunted orchestral music by Mussorgsky, Rachmaninoff, and Bach headlines this student concert which boasts costumed accompaniment from the Hyde Park School of Dance.

October 26, 8:00 pm • Lyric Opera House • $150, VIP admission $200 • lyricopera.org
Lyric Opera House is the site of a glamorous Halloween Ball replete with an open bar, hors d’oeuvres, and a dance floor. Best of all, proceeds for the masquerade will go toward the Ryan Opera Center, Lyric’s artist development program. 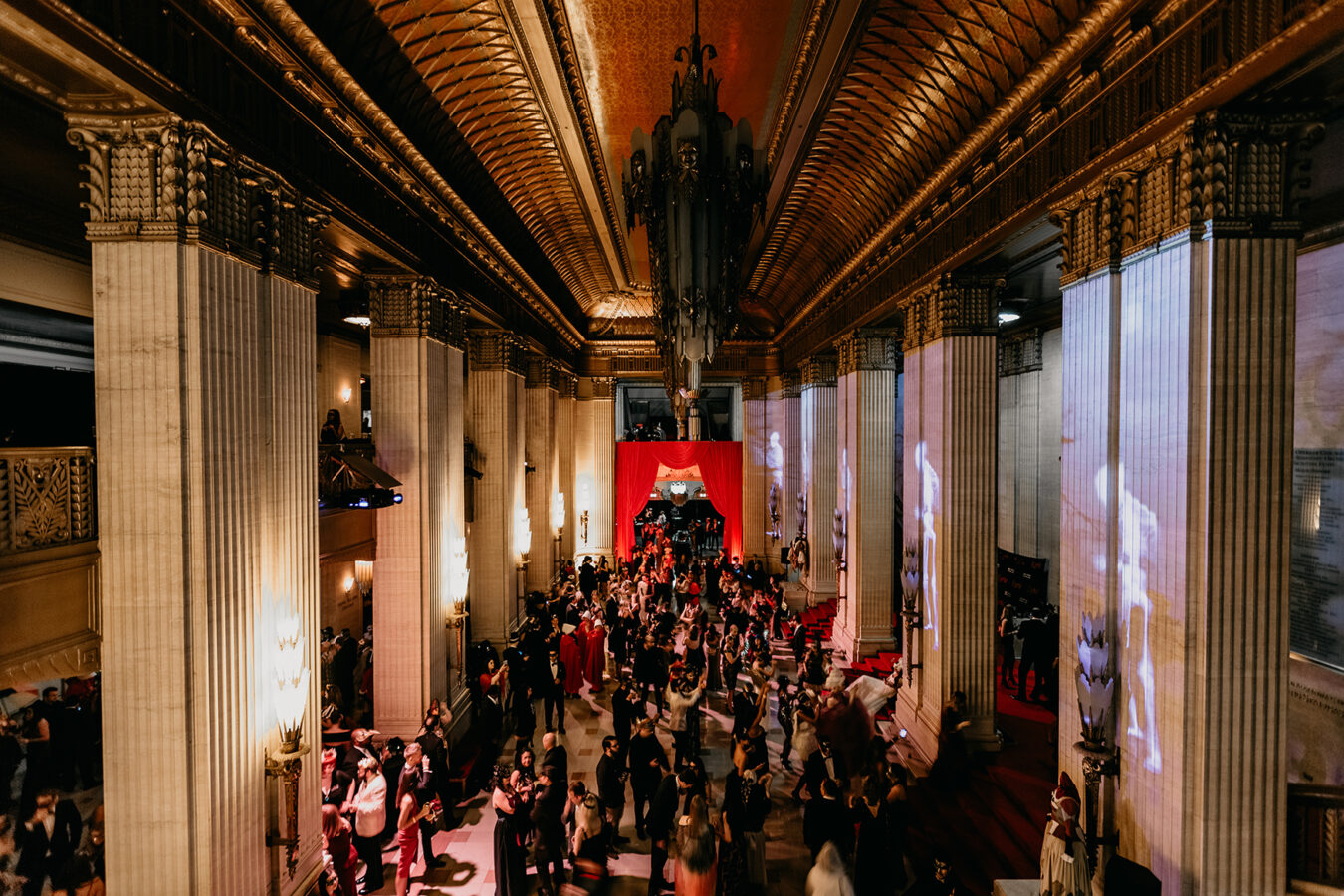 October 27, 7:00 pm • Music Box Theatre • $11 for single-feature, $15 for double-feature – $15 ($7/$12 for members) • musicboxtheatre.com
Though not directly musical, we wanted to include this horror double feature because the score, composed by Halloween director John Carpenter himself, might be the most memorable, unsettling, and scary musical theme ever set to film.

Disney in Concert: Tim Burton’s The Nightmare Before Christmas

October 31 and November 1, 7:30 pm • Auditorium Theatre • From $30 • auditoriumtheatre.org
Christmas is in the name of the film, but Halloween Town is the setting in Tim Burton’s beloved classic. Danny Elfman’s dark yet affecting score is performed live by Chicago Philharmonic at the Auditorium. 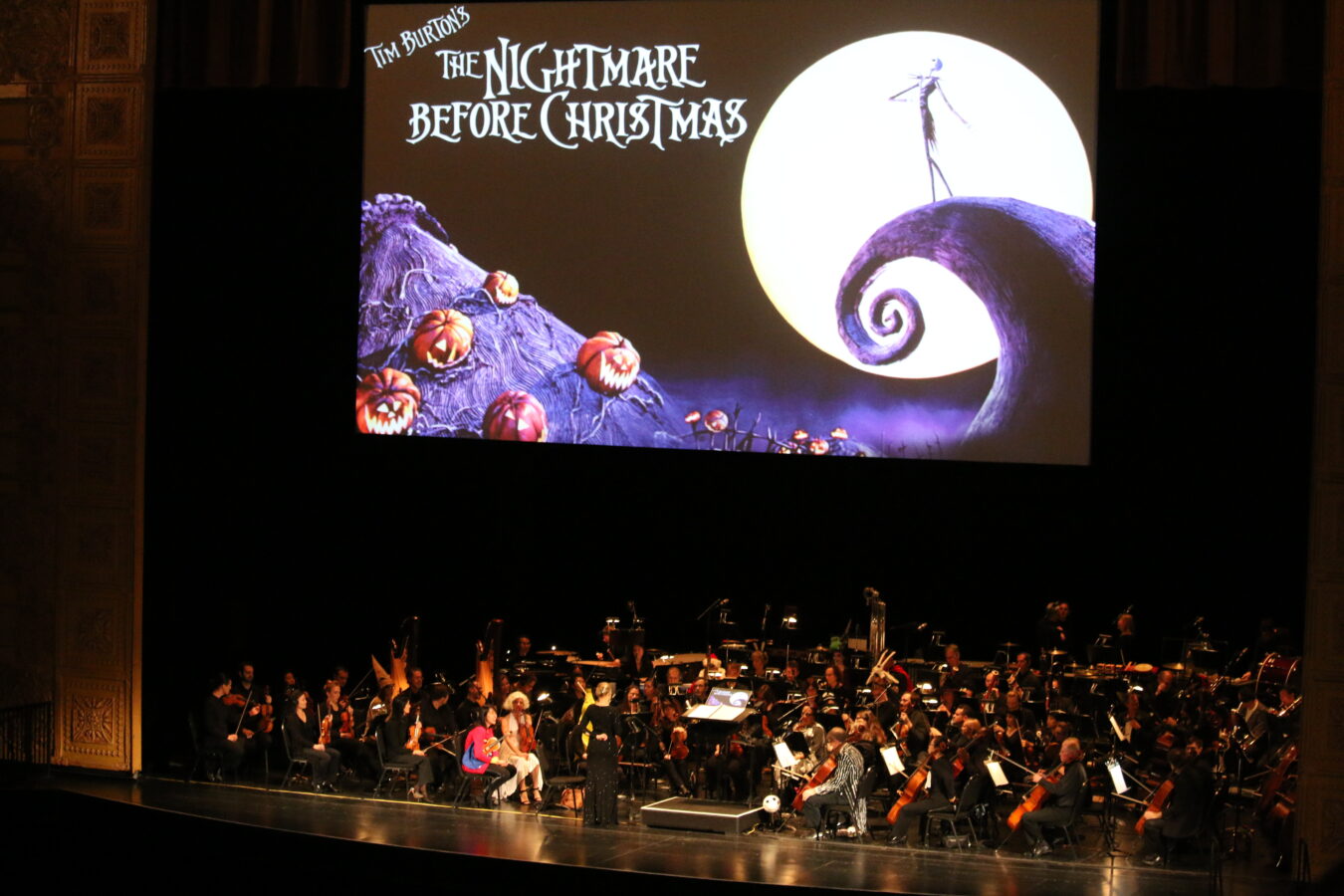