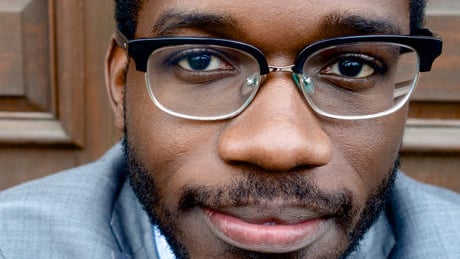 Does classical music still have a voice in social issues of today? Can it speak for marginalized communities? Joel Thompson’s 2015 work The Seven Last Words of the Unarmed brings to light an issue that hits close to home here in Chicago and countrywide: the killing of unarmed African American men. In the choral work, Thompson uses the last words of seven different men and parallels those words with Haydn’s Seven Last Words of Christ. Using the liturgy as a guide, he weaves a piece that is meant to prompt conversation about race and social injustice. His work will be used in the upcoming WFMT program Whole Notes: Music of Healing and Peace.

Ahead of the program’s premiere on December 13 at 8:00 pm, Thompson spoke with WFMT about his piece.

WFMT: Where did the inspiration for this piece come from?

Joel Thompson: I was inspired by Sharon Barghi’s pictogram series the Last Words Project on Twitter. But the emotional impetus for the work was the decision of the Staten Island grand jury not to indict the officer whose actions led to the death of Eric Garner. It was in response to that [decision] that I decided to create a work that would “exorcise” my feelings in response to that decision. I used the liturgical format in Haydn’s Seven Last Words of Christ in an effort to humanize these men and to reckon with my identity as a Black man in this country in relation to this specific scourge of police brutality.

WFMT: Why were these seven men picked?

Thompson: I was guided by the last words themselves, so I used the liturgy as a guide in choosing the last words. For example, the third last word of Christ is, “Mother, this is your son. Son, this is your mother,” in reference to his mother Mary and his disciple John. And for that maternal connection I chose Amadou Diallo’s last words, “Mom, I’m going to college.” Similarly, in the seventh last words of Christ, “Into thy hands I commend my spirit,” and the connection to breath paired appropriately with Eric Garner’s last words, “I can’t breathe”.

So, I was definitely guided by the liturgy in choosing these last words. But I also thought about the context surrounding each man’s death. The fourth movement of my piece uses the last words of Michael Brown. The coverage of that specific case I thought was de-humanizing and I wanted to use the opportunity to humanize Michael Brown. Yes, he was a teenager, and yes, he made bad decisions, but he didn’t deserve to die.

WFMT: Does music have the power to heal emotional and social wounds like this?

Thompson: I do believe in the power of music and arts as a healer. It’s almost a force of redemption in a way, but also a tool for restorative justice. I initially wrote the piece not intending it to be heard. But what convinced me that it should be performed and heard was the initial sight read. I called some people together for the read, people of different races, ethnicities, and backgrounds. And I could feel them all connecting to this struggle that was outside their own. Music provides an opportunity for people to do that. And I was encouraged to share the work and put it onstage with the permission of the families of the seven men. With each performance, I feel that there has been a similar emotion in the room; it creates a space for empathy.

WFMT: Is there hope in this piece?

Thompson: Initially I thought not. But as it has been performed over the past few years, people have said that they expected something angry, dark and brooding. And there is anger in the piece. But there was a common response that there was a message of hope and light.

I do think I am ever the idealist; I believe in the wonderful experiment that is America. And I know this piece isn’t going to solve this problem in our country, but I do believe that revolutions and large-scale change happen one person at a time. And if one person comes away with a deeper understanding of the Black existence in this country through this specific lens, then I think I’ve succeeded, and that is one drop in the bucket of large-scale change.

WFMT: Is taking on social issues important to the future of classical music?

Thompson: I think that many composers we love that are in the Western canon have used music as a genre to address issues important to them. Composer did address feelings of nationalism and politics in their music. I think that will always be the case, but as a genre, there is a diversity and inclusion problem. [There is still a very small population of conductors and orchestra members who are Black and Latinx]. But as the genre starts to include our voices, we will also write about things that are important to us. And I hope to be a part of a trend of more people of color in classical music writing about things that are important to them.

I’m currently writing an opera based on a children’s book. It’s about wonder, joy, and childhood imagination. And I consider that to be just as much part of my social justice mission as a composer. Because it is highlighting [another] aspect of Black humanity, which is joy! I think classical music will continue to open its doors to voices like mine: not just in terms of race but in terms of gender, you’ll find that new repertoire will be addressing issues important to marginalized communities.

Britten the Composer, Pacifist, Remembered by the Star of His Antiwar Opera, ‘Owen Wingrave’
What It’s Like To Perform With Yo-Yo Ma… on a Flute Made From a Gun
Playlist: Pacifism in Classical Music
Playlist: Classical Coffeeshop
Sunday: Celebrating Black Classical Artists
Playlist: 13 Horror Movie Soundtracks You Should Know