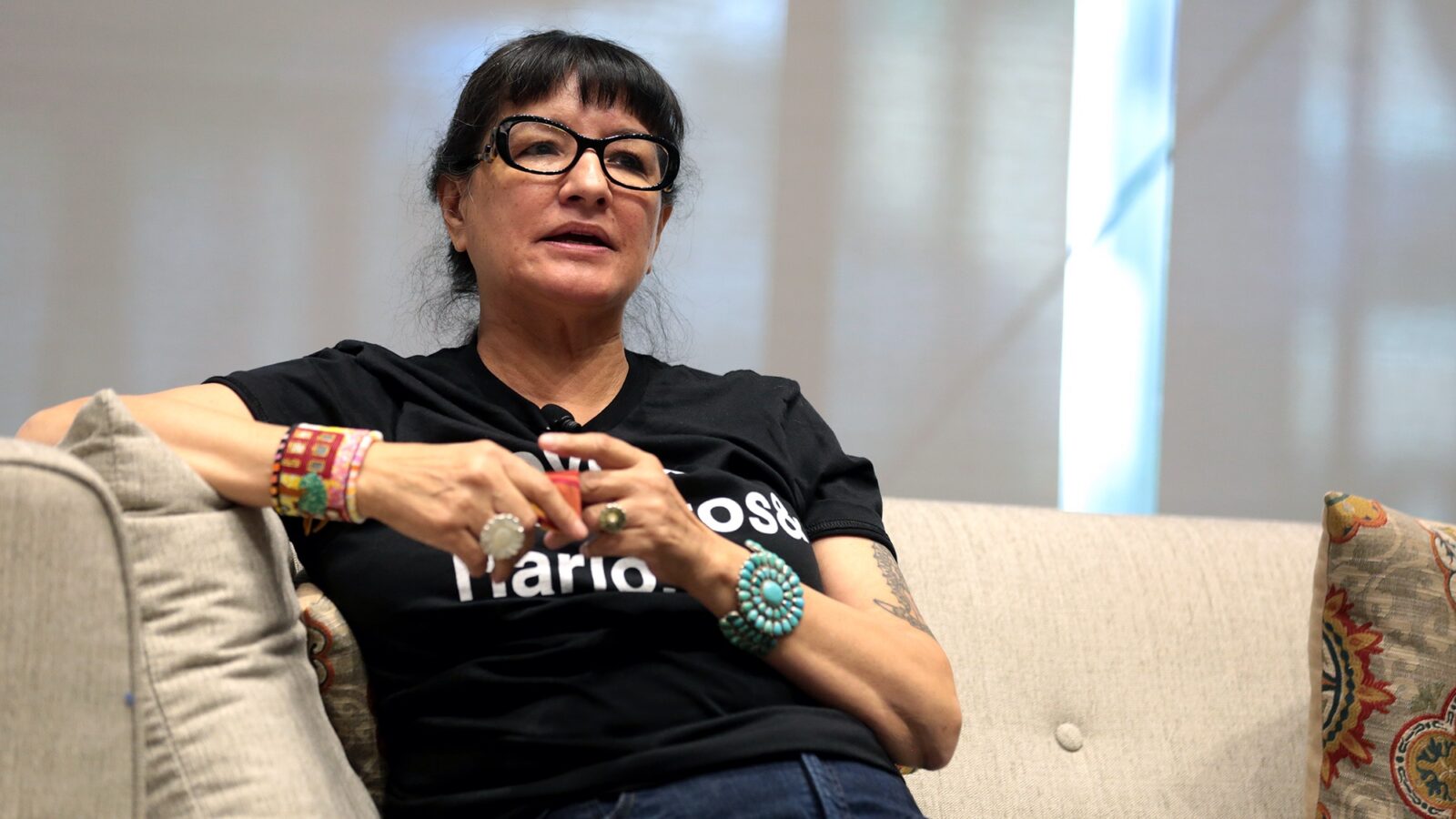 Amidst all the uncertainty and disruption caused by the COVID-19, it is very easy to forget that April is National Poetry Month. Poetry is, however, both in this and previous crises, a source of comfort, solace, and reflection for people across the globe. It is an artform that Studs Terkel, throughout his 52 years at WFMT, showcased and championed by lending his microphone to poets from across the globe. In honor of National Poetry Month, here are just a few of Studs’ most memorable conversations with poets.

Maya Angelou discusses I Know Why The Caged Bird Sings

Maya Angelou was one of the most widely read American poets of the 20th century, described as a “lyrical witness to the Jim Crow South” in her New York Times obituary. In 1970, she visited Studs to discuss her most famous work, I Know Why The Caged Bird Sings, an autobiography recounting her childhood in rural Arkansas. She tells Studs about her family members-such as her grandmother, who owned a local general store and “suffered defeats but was never defeated” according to Angelou-her experiences of racism, her early writing, and even briefly sings a hymnal for Studs.

If there were a Mount Rushmore of Chicago cultural figures, poet Gwendolyn Brooks would have a place on it. A Chicago resident from six weeks old until her death in 2000, Brooks became the first African-American to win the Pulitzer Prize in 1950 for her poetry collection Annie Allen, and was named the Poet Laureate of the State of Illinois in 1968. In her 1961 conversation with Studs, she elucidates the meaning behind several of her most well-known poems such as the mother (which we learn Richard Wright originally wanted to omit from her collection A Street in Bronzeville due to its frank discussion of abortion) and a song in the front yard among others.

Although her most well-known work is the novel The House on Mango Street, Chicago-raised author Sandra Cisneros is also an acclaimed poet, and in 1992 sat down with Studs to talk about her poetry collection My Wicked, Wicked Ways. Their conversation drifts from poem to poem, going over their meaning and inspiration, mostly found in Cisneros’ childhood in a Mexican-American family in Chicago’s Humboldt Park neighborhood. At one point, when recalling how her time at the University of Iowa Writer’s Workshop impacted her writing, Cisneros tells Studs, “I wanted to use a language that was the opposite of the [academic] language in the poetry of my instructors…the voice of children, the voice of slang, the voice of the Chicago street.”

One of the best aspects of Studs’ long-running WFMT show was how it acted as a passport to the world for its listeners, interviewing figures from across the globe. It was an aspect on full display in Studs’ 1968 two-part interview with Indian poets Vinda Karandikar and A.K. Ramanujan. Their sprawling conversation touches on the influence of India’s pluralism and multilingualism on the country’s poetry, their influences, and the reading of several poems in both English and Marathi, one of India’s nearly 800 languages.

Read Karandikar and Ramanujan‘s poetry on the Poetry Foundation’s website.

Thich Nhat Hanh on Poetry and the Vietnam War

Whenever Studs talked about poetry, film, music or any other art form, he and his guests were always sure to place that art within a wider societal conversation that touched on politics and history as much as it touched on craft. An excellent example being Studs’ 1971 conversation with Vietnamese Buddhist monk, peace activist, and poet Thich Nhat Hanh. Talking near the end of the Vietnam War, Hanh and Studs explore the role of poetry in Vietnamese culture, his own anti-war activism, and the impact of the destruction of the war on Vietnamese society and culture. As Hanh recounts to Studs, before the war, “the people in the [Vietnamese] countryside when they work used to sing their poems. But now, if you travel in the countryside, you only feel the silence.”

The Poet Laureate of the United States from 2011-12, Philip Levine’s poetry was best known for his explorations of his hometown of Detroit, explorations which earned him the moniker “Whitman of the industrial heartland” from fellow poet Edward Hirsch. In 1987, Levine talked with Studs about how his working-class Jewish upbringing impacted his poetry, his collection Sweet Will (from which he reads), and how much the work of poets and poetry is one of “recalling memories”.