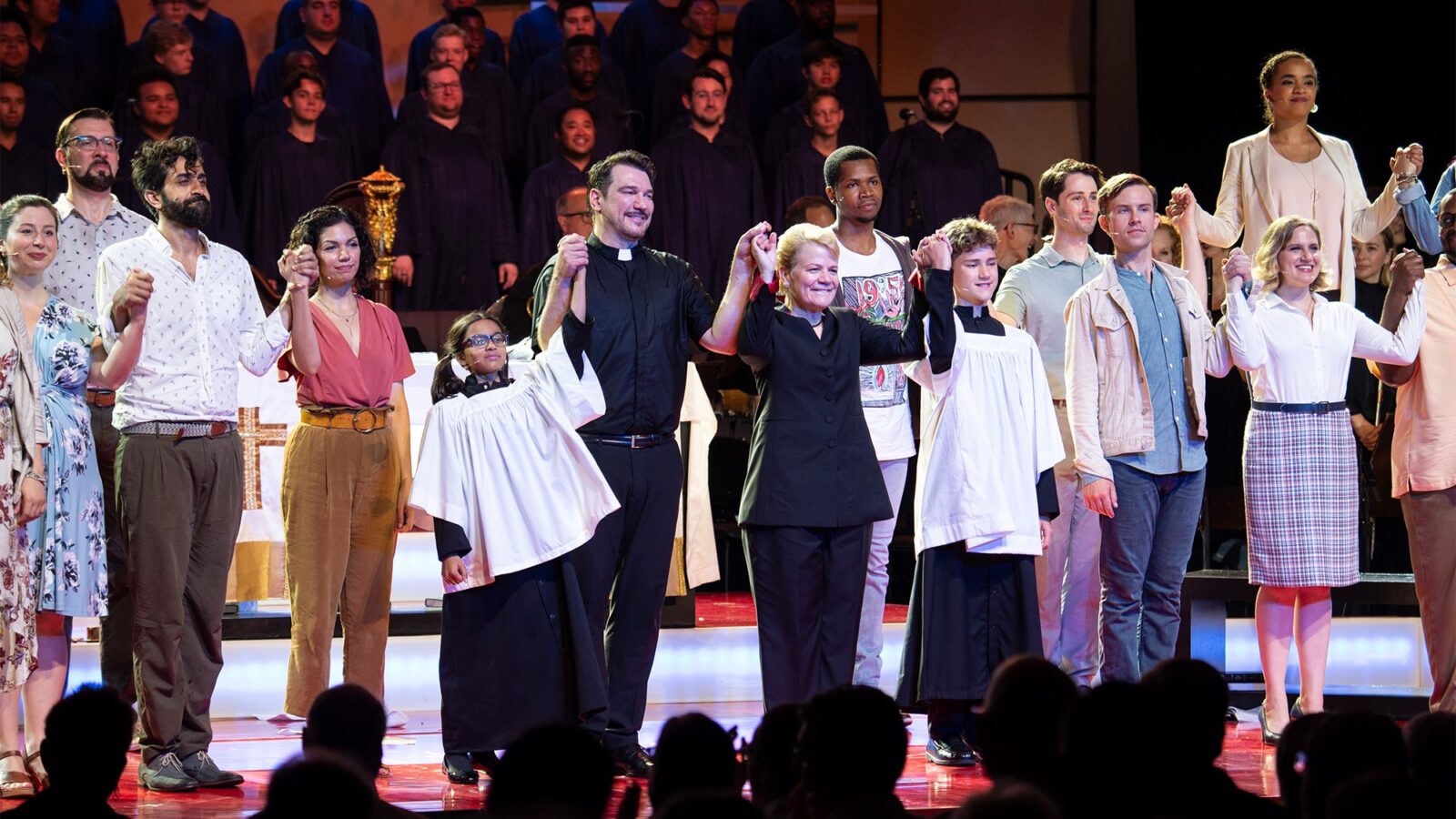 In the hour leading up to the premiere of the Ravinia Festival recording of Bernstein‘s MASS on PBS‘s Great Performances, we invite you to join us for this panel, hosted by WFMT General Manager and Vice President George Preston.

In a stream starting at 8:15 pm CT and ending just before the program kicks off at 9:00 pm CT on WTTW (check local listings), George will be joined by Marin Alsop, who conducted the 2019 performance, Paulo Szot, who starred as The Celebrant, and Welz Kauffman, Ravinia’s president and CEO. Other panel members include Chicago Children’s Choir president and artistic director Josephine Lee and Highland Park High School band director Joshua Chodoroff.

We’re pleased to be co-presenting the pre-concert chat with our colleagues at the Ravinia Festival, the Chicago Symphony Orchestra, WTTW, and the Leonard Bernstein Office.