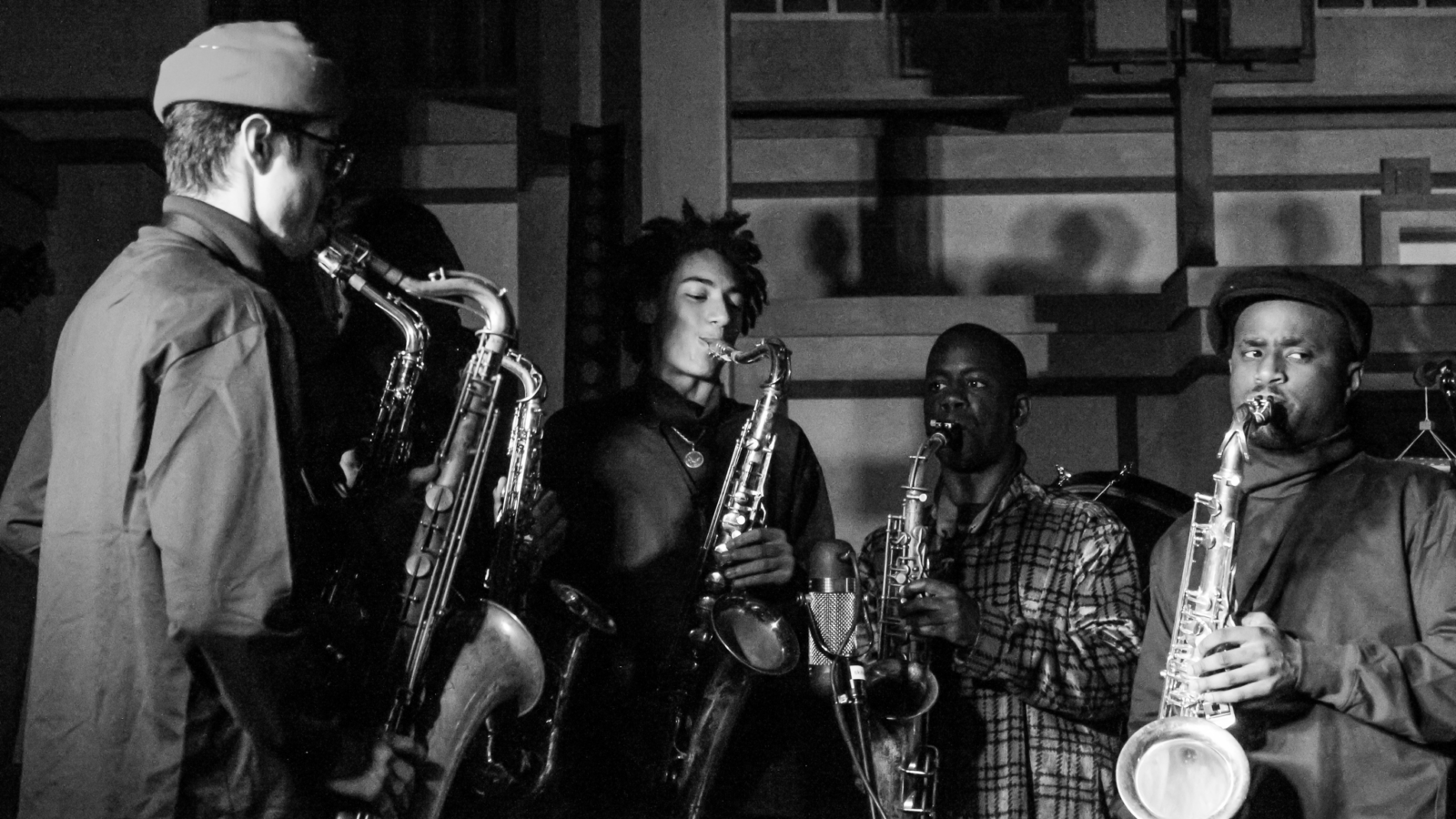 The ensemble known loosely as Standing On The Corner belongs to all sounds, genres, times, and dimensions. The group — whose song and album titles include “Revelation #6, I Used To Want to Be an Astronaut in My Yout,” and “Afroprojection #1: The Atmosphere Phased at 120º and Went Blank When the Universe Collapsed: A Piece on Black Psychiatry and Alternate Dimensions” — is challenging what it means to be experimental and interdisciplinary in 21st-century music.

Founded in 2014 by Gio Escobar — a recent graduate of the New School in New York City, where he studied journalism and jazz — the Brooklyn-based group’s early records lean on distorted sounds of jazz and hip-hop. Fizzy spoken-word vocals replace traditional rap cadence, while vinyl pops accentuate the beats’ many samples. SOTC’s 2017 sophomore project, “Red Burns,” is split into two 30-minute songs, “Side X” and “Side Y.” 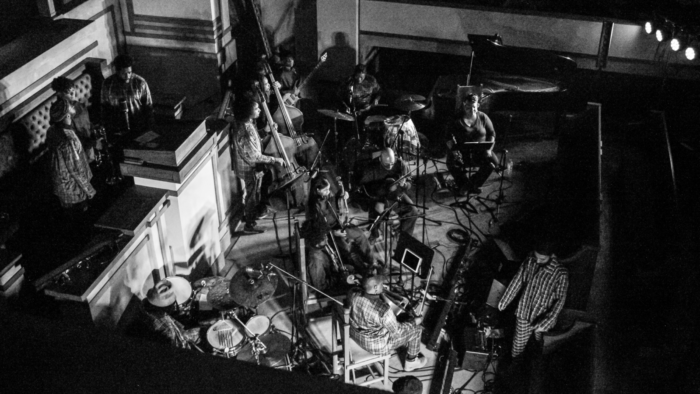 But recent live performances have signaled SOTC’s segue into more traditionally classical idioms. In October 2019, at Oak Park’s Unity Temple, the Standing On The Corner Hope and Grief Ensemble Orchestra performed “Zig Zag Zig,” a four-movement devotional suite loosely defined as the “lightning, thunder, chaos, and confusion” from which the “Supreme Being organized and created, created and organized Heaven and Earth.” In each section, a different sound is ushered into the foreground: a sextet of saxophones, rolling tides of cello and bass, then a barrage of percussion, and finally a clarinet solo.

Performing as the SOTC Art Ensemble in New York, they played “The Ghosts of the Night Flock,” an evening of holiday-themed compositions, in December 2019. This January, the group performed improvisations on classical instruments at fashion designer Telfar Clemens’s runway show in Florence, Italy.

As Standing On The Corner, sometimes dubbed a “post-genre” group, continues to show the versatility of instruments and production, classical music too may assume more malleable contemporary forms.

19 African American Composers to Celebrate on Juneteenth (and Every Day of the Year)
A Toast To the City of Classical Music: Living a Musical Life in Vienna
11 New Chicago Ensembles You Should Know
Decade in Review: The 2010s and Classical Music
Fareed Haque, AnDréa James, and Quartet Risata
Fareed Haque and Friends [Rebroadcast]