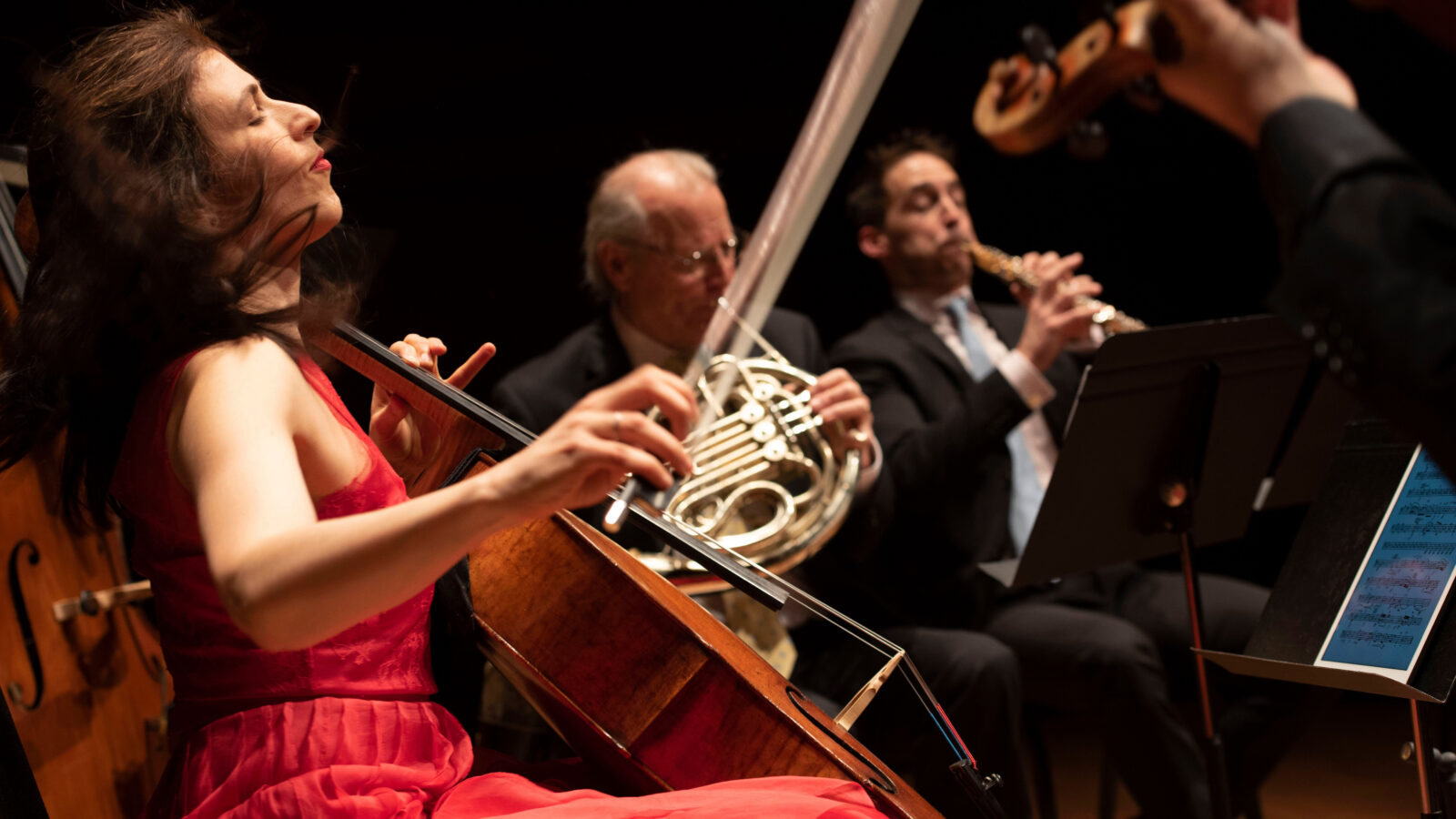 When a classical music organization has been around for 50 years, it can be easy to take it for granted. But it’s important to remember: a venue for chamber music was not, in fact, part of the original plan for Lincoln Center.

Chamber Music Society of Lincoln Center (CMS) was officially launched on September 11, 1969, a full decade after the ground had been broken for the construction of Lincoln Center and seven years after the first orchestra concert in Philharmonic Hall (now David Geffen Hall) had taken place.

Three visionary people are credited with bringing CMS into existence: Alice Tully, who was the society’s first chair, Charles Wadsworth, a pianist and the society’s founding artistic director, and William Schuman, composer, and then-president of Lincoln Center. 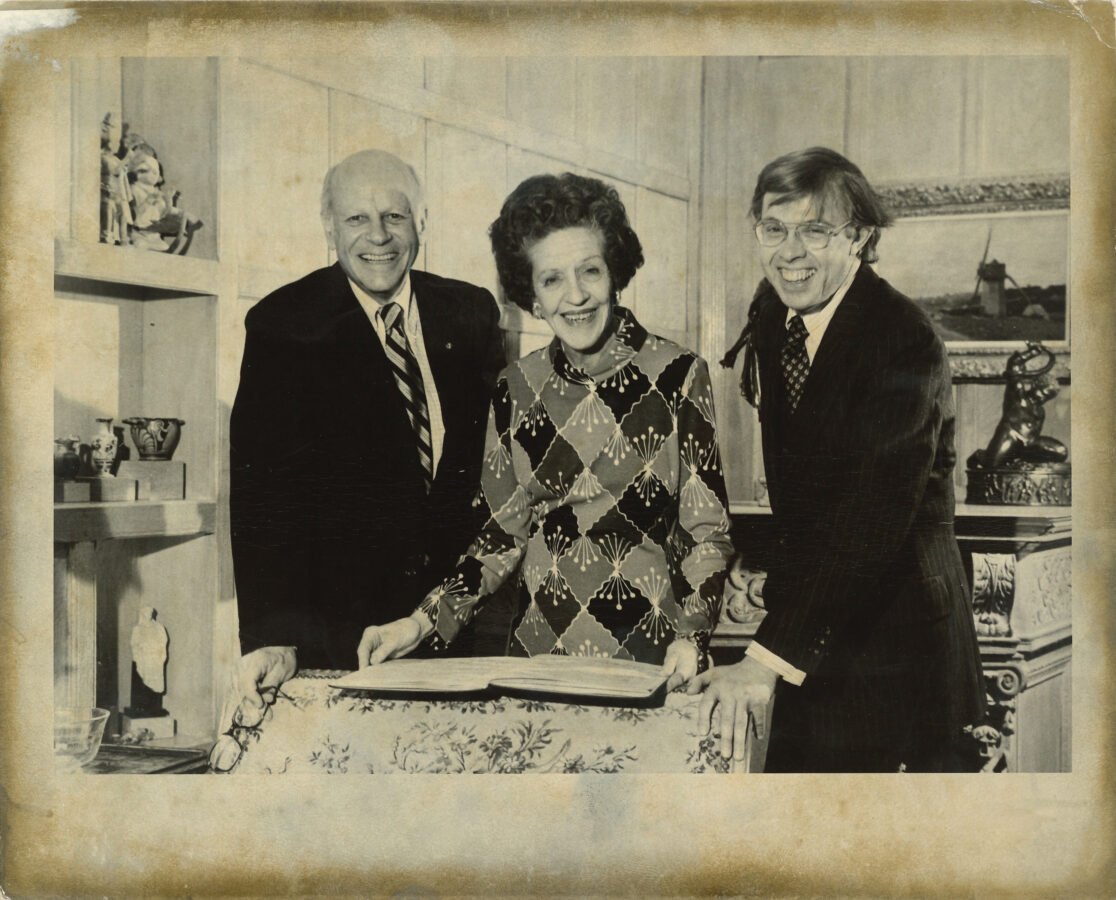 But there are others who audiences can thank for a half-century of chamber music; high on that list would be pianist Wu Han and cellist David Finckel, who were brought on as in 2004 as artistic directors of CMS.

Now, a new documentary entitled Transcending tells the story of CMS and caps off its 50th anniversary season celebrations.

Wu Han spoke to WFMT about the future of chamber music:

“When you go to a great restaurant and taste something so delicious, you just want to write to all your friends and say, ‘go there and try this dish!’ When you see something wonderful in life, you just want to share with everybody. Chamber music, for us musicians, is the greatest thing. We love to share. There’s a huge world! I don’t see any limitation, as long as it’s the highest quality. It’s the artistic excellence that will inspire and will continue to build an audience for chamber music. I see zero limitations.”

She also shared her thoughts about operating during a global pandemic:

“This art form is the most flexible and the most inexpensive to make music happen. And it’s also the most communicative and the most intimate. It’s the most effective tool to build a community. It just happened that we have this crazy virus, and I fully expect that chamber music will lead the way for music to come back as quickly as possible.” “The virus entered the 50th anniversary season about three-quarters of the way through, and it was almost like a Biblical test of the organization, where God said, ‘Try this on for size and see what you can do with it!’ We were sailing so high with ten years of subscription increases and full houses, and this torpedo comes along and the ship is half underwater.

“We’ve had to do some counseling these past few months, especially for young musicians who are really, really scared. We keep telling them that their job is to try to survive this in good health and be there for the music when we get out of this. The music is still going to be there, and those of us who are equipped and ready are going to be the ones that are called upon to pick it back up again and bring it back to the public. I keep telling them, “Don’t slack off. Be ready, because you may be the ones that have to bring this art form back to where it was.”

But it’s not just in New York City that the Chamber Music Society of Lincoln Center is a musical institution. 2020-2021 marks the tenth CMS season at Chicago’s Harris Theater for Music and Dance. Joan Harris spoke to WFMT about how this residency came into being and why it continues to be a vital presence:

“Wu Han and David Finckel have been my friends for 30 years. I first met them in Aspen and them performing all the time. When the Harris Theater was quite new, [David] called up and said that they wanted to see the theater, and he just couldn’t get over how wonderful it was. So, I said, ‘Well, you like it so much, why don’t you guys come and perform?’ The next afternoon we sat in my living room, and it was born there. I thought maybe a concert or two in a season would be fine, and David thought a series would be better. They’ve come with a series of five concerts every year.

“You know what a ‘win-win’ is? The Harris Theater was a big winner in bringing in a major series of first-rate chamber music, and the Chamber Music Society gets to broaden their imprint, and they get to develop an audience in a major city in one of the finest halls they could imagine. The acoustician who designed the sound for the Harris worked on Alice Tully Hall, where CMS regularly performs, so everybody is happy. There’s never been a bad moment. It’s become just about our most popular series.”

Transcending premieres on September 10, 2020 at 7:00 pm EDT, 6:00 pm CDT as part of the Chamber Music Society of Lincoln Center’s 50th-anniversary celebration. Visit chambermusicsociety.org to watch the free stream,  to donate, text “cms50” to 76278. For a playlist of the music featured in the film visit this link.

Decade in Review: The 2010s and Classical Music
In the Age of the Visual Album, What Can Opera Learn from Beyoncé?
10 Woman Conductors You Should Know
Waltzes in a Pandemic: How Vienna Phil Will Continue Its New Year’s Tradition
Grammys 2022: See All the Classical+ Nominees (And Winners)
How Kamala Sankaram Brings New Audiences, Stories to Opera