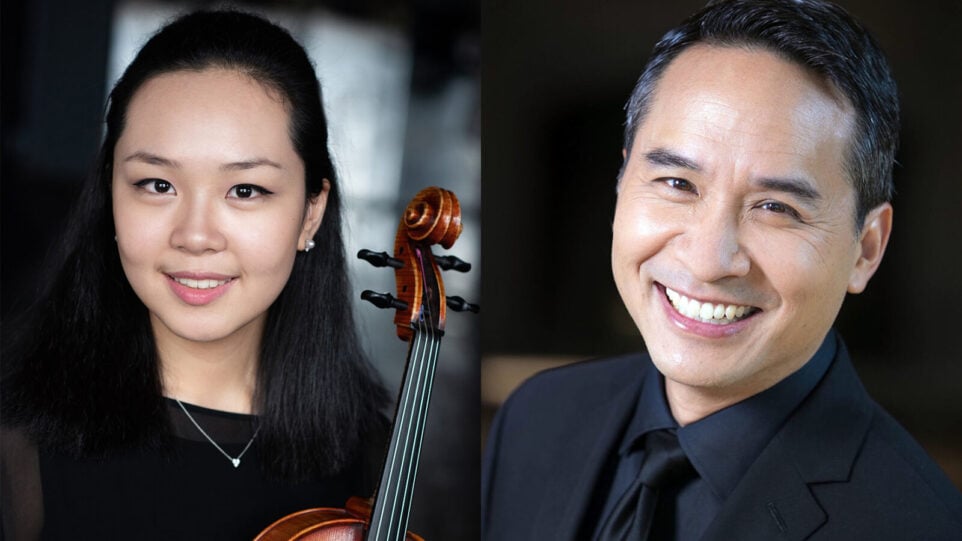 Most recently, Chen was featured on the 2020 HearNOW Gala of the Philadelphia Orchestra. She has been featured as a soloist with the Vicente Chamber Orchestra, Chicago Youth Symphony Orchestra, Oistrakh Symphony Orchestra, Sinfonietta DuPage, and Capital City Symphony. She has played on WRTI; on Show 347 of NPR’s From the Top; and twice on Introductions: as a soloist in October 2016 and as a member of CYSO’s New World String Quartet in November 2016.

As a member of the Chen String Quartet, Beatrice gives dozens of community recitals each year throughout numerous venues. Most recently, the quartet appeared on Constellations Chamber Concerts in Washington DC, From the Top‘s virtual concert series, and twice on the International Music Foundation’s Rush Hour Concert Series. The Chen String Quartet will perform live on WFMT, direct from the Music Institute of Chicago’s Nichols Hall, on Sunday October 11, 2020.

Beatrice participated in the Young Performers Program at the [email protected] Chamber Music Festival and Institute in 2016. She also spent numerous summers at the Aspen Music Festival and School and participated in the 2017 Finckel-Wu Han Chamber Music Studio. Prior to studying at Curtis, she was principal violist of the Chicago Youth Symphony Orchestras for five years. Beatrice has studied with Victoria Chiang, Matthew Lipman, and Paul Neubauer. She plays on a viola made by Keisuke Hori from Chicago in 2015.

Commended for his “perceptive pianism” (Audiophile) and “playing that is sensitive and wonderfully warm” (American Record Guide), Chicagoan Kuang-Hao Huang is a highly sought-after collaborative pianist whose performances have taken him throughout North America, Europe and Asia.

He has performed in New York City’s Weill Hall at Carnegie Hall, Lincoln Center, and Merkin Hall; in Washington, D.C.’s Kennedy Center; and at every major venue in the Chicago area, including the Harris Theatre and Symphony Center.  He is often heard live on WFMT and has also performed on WQXR and on Medici.tv.  Mr. Huang has recorded for Aucourant, Cedille, Centaur, Innova and Naxos, including a CD of flute fantasies with flutist Mathieu Dufour and a premiere recording of early songs by Alban Berg with mezzo-soprano Julia Bentley.  His most recent recordings include Notorious RBG in Song with soprano Patrice Michaels and Songs from Chicago with baritone Thomas Hampson.

A dedicated teacher, Mr. Huang serves on the faculties of the Chicago College of Performing Arts at Roosevelt University and Concordia University-Chicago.  He has also taught at the Bienen School of Music at Northwestern University.

Mr. Huang is Associate Artistic Director for the International Music Foundation (IMF) and is the driving force behind Make Music Chicago, a day-long, citywide celebration of music every June 21. He also founded IMF’s Pianos in the Parks program, which partners with the Chicago Park District to give all Chicagoans access to outdoor pianos as well as free lessons.