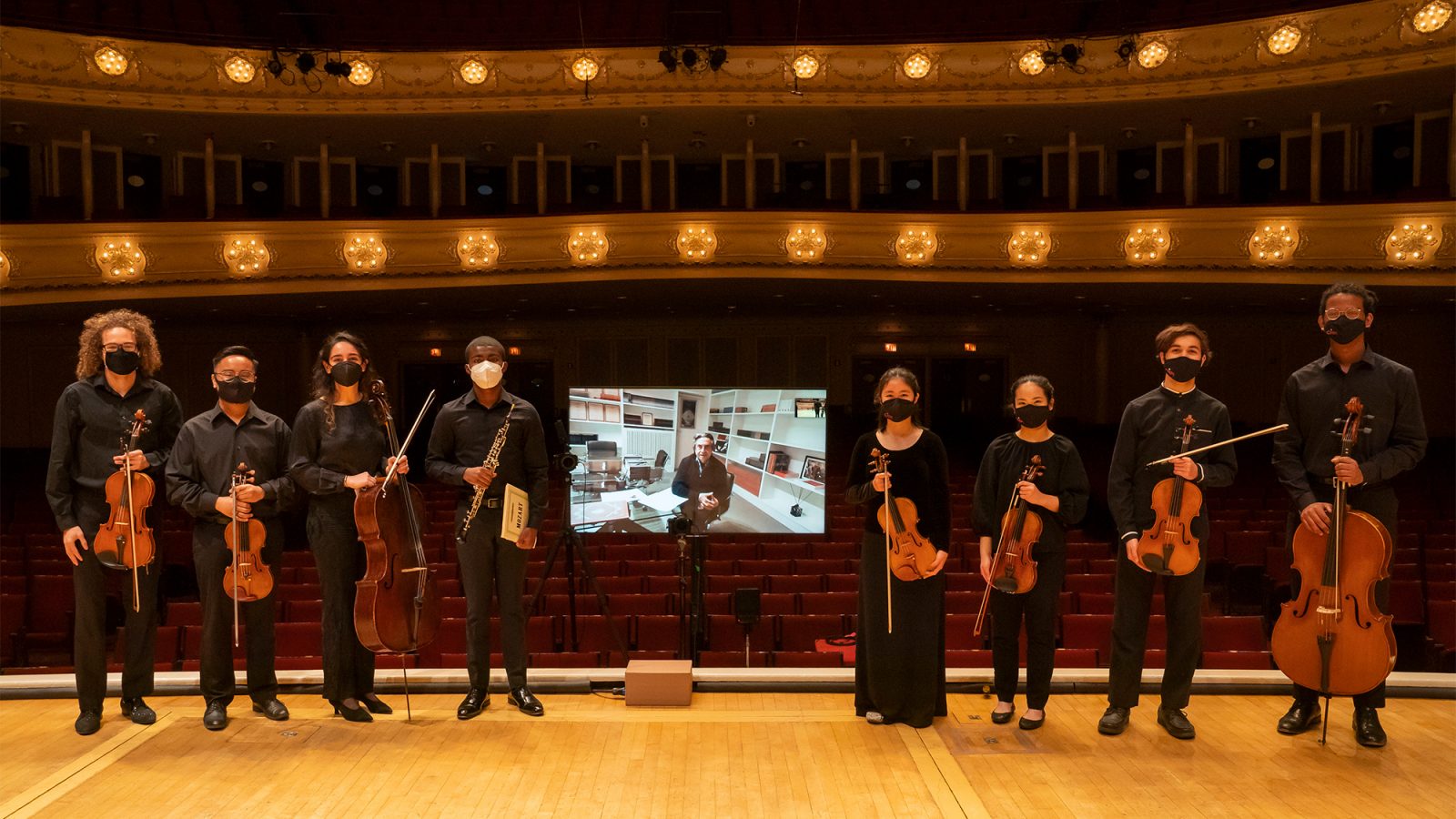 Riccardo Muti, music director of the Chicago Symphony Orchestra, made a remote return to the Windy City on Wednesday to lead an online masterclass with fellows from Chicago Musical Pathways Initiative.

Joining a Zoom meeting from his home in Ravenna, Italy, Maestro Muti began by giving his regards to the Chicago public and the CSO, both groups that he has not seen in person since February 2020. The musicians played on the stage of Orchestra Hall in downtown Chicago, and the stream was open to interested parties by advance registration.

Opening the program was the first movement of Verdi’s String Quartet in E minor. Riccardo Muti has long specialized in the music of Verdi, and this particular work was composed in Naples, the city of Muti’s birth. He related it to Verdi’s operas to give context and insight to the young string players: violinists Esme Arias-Kim and Ella Saputra, violist Sameer Agrawal, and cellist Jonathan Miller.

When a CSO administrator informed Muti that the quartet was out of time, he protested in poetry that he was only halfway through: “Nel mezzo del camin de nostro vita” (“Halfway through our lives”), the first line of Dante’s Inferno. 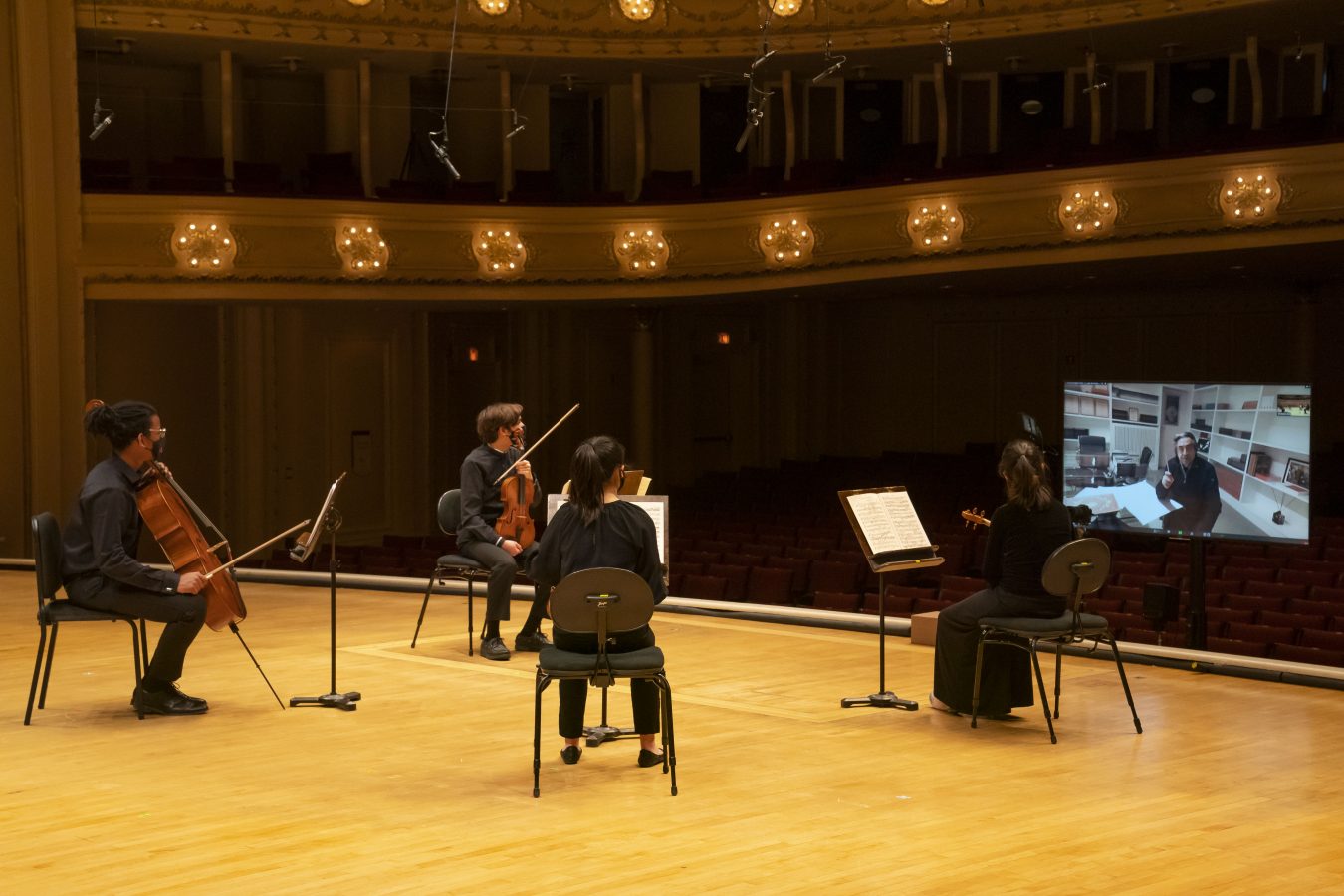 This was followed by the Finale of Mozart’s Oboe Quartet. 16-year-old Zachary Allen, principal oboe of the CYSO Symphony Orchestra, joined three string player mentors associated with CMPI. At the end of the coaching, Maestro Muti wished the young musicians well: “When I come to Chicago, I want to see you. Grazie, ciao ragazzi!”

Chicago Musical Pathways Initiative began in 2019 to mentor high school orchestral musicians from underrepresented backgrounds, with the eventual goal of diversifying the ranks of America’s professional orchestras. Project Director Adrienne Thompson thanked Riccardo Muti at the end of the session, describing CMPI’s responsibility as “to help our students make the transition from being good to being great.” 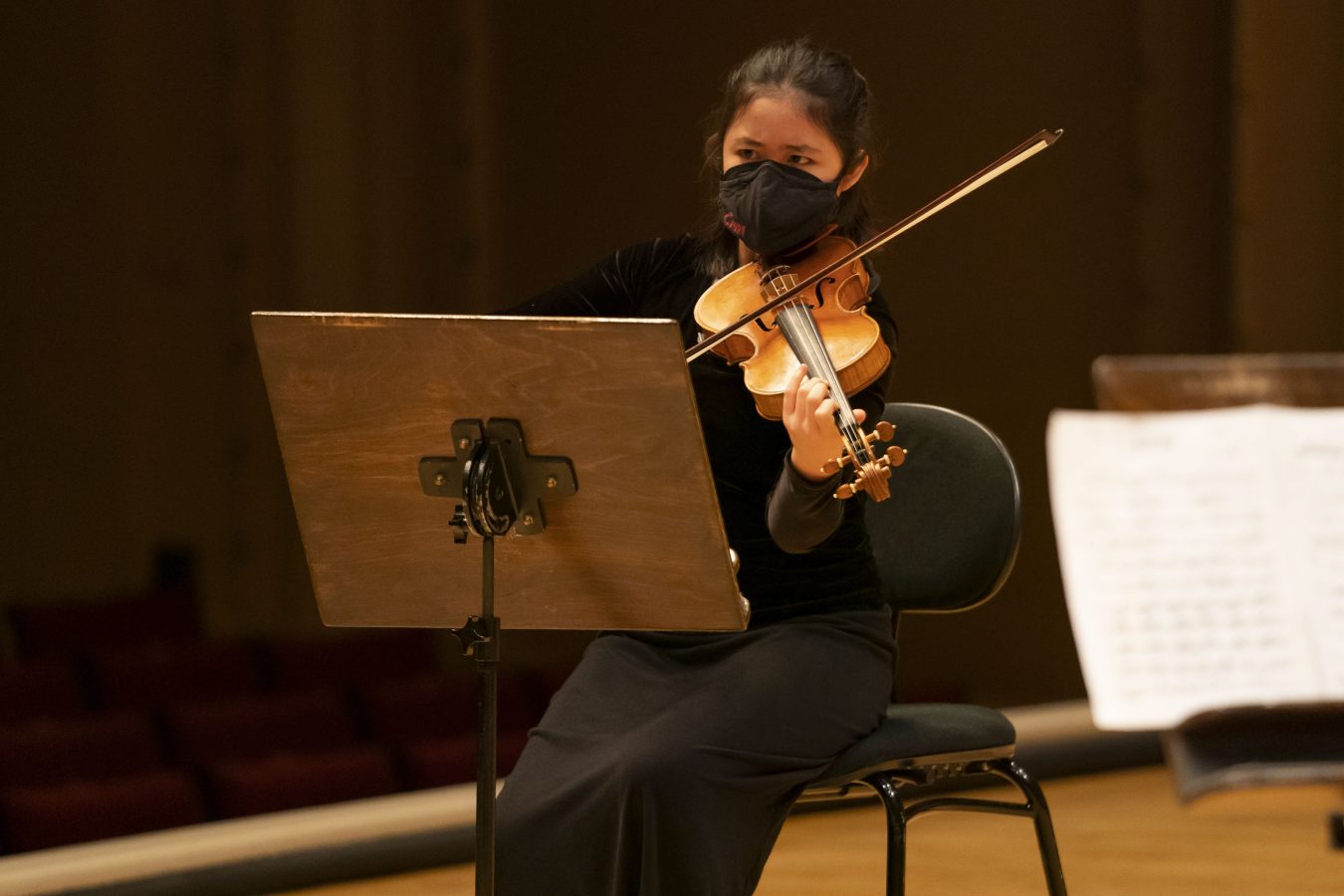 “Playing for the Maestro was one of the highlights of my musical career,” said 15-year-old Esme Arias-Kim of Hoffman Estates, who was at Symphony Center to play first violin in the string quartet. “I haven’t been here in a year and it brought back so many memories … I learned so much from Maestro. He’s an incredible musician.”

All five fellows have appeared multiple times on WFMT’s Saturday morning show Introductions as soloists, chamber musicians, and/or orchestral players. Zachary Allen was part of the CYSO Symphony Orchestra’s performance of Saint-Saëns’ Organ Symphony, broadcast in January 2020. Esme Arias-Kim and Ella Saputra have both had chamber groups on the show and both gave solo recitals in November 2020 and February 2021 respectively. Sameer Agrawal joined a recent Introductions in the Community panel on media skills and performed live to air in December 2019. Jonathan Miller appeared on that same Introductions program and appeared most recently in February 2021 as a member of the CYSO Symphony Orchestra cello section.