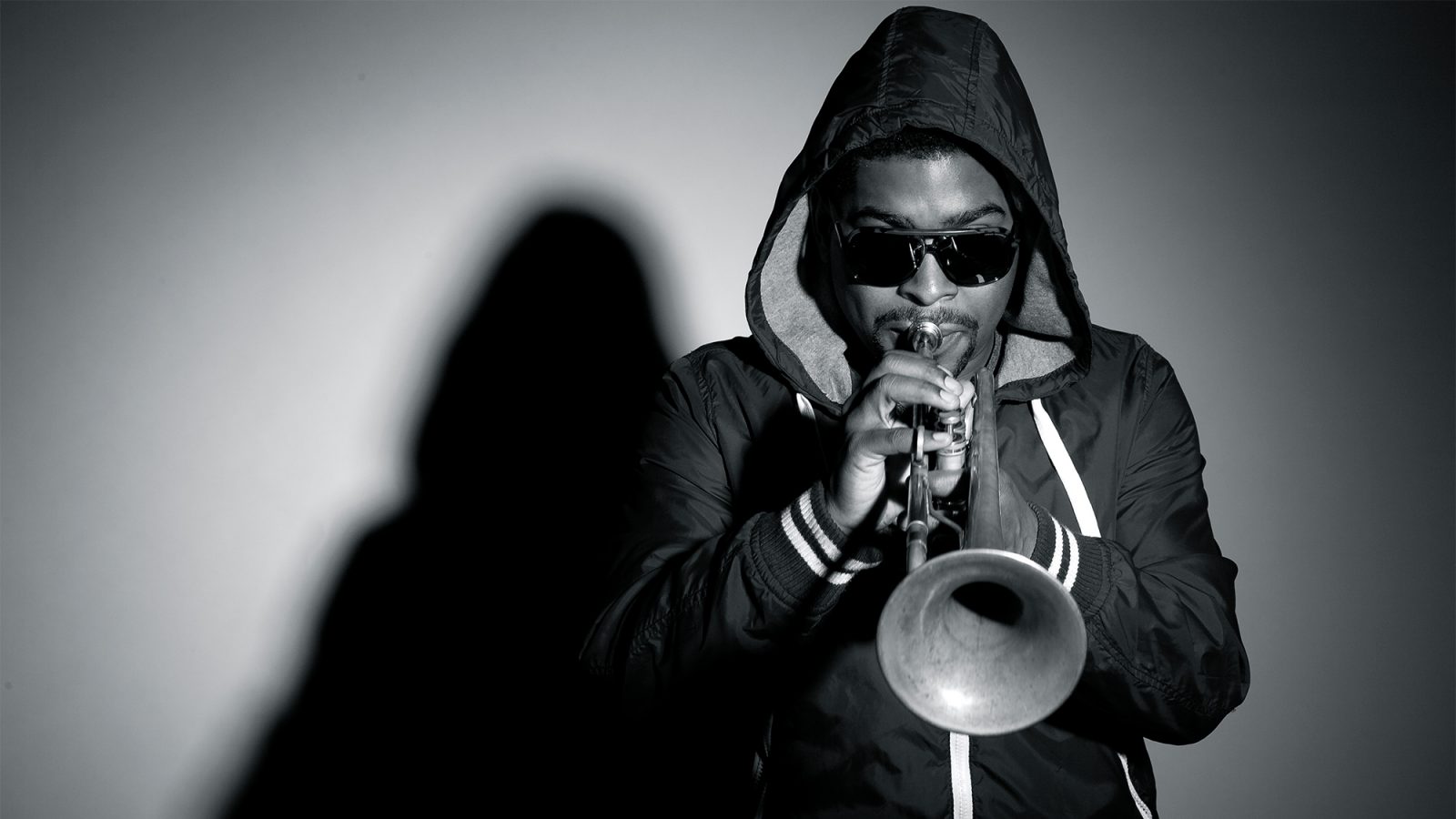 Trumpeter, producer, and composer Corey Wilkes doesn’t just love music, he lives it. For him, music “was like a way of life. I was always around good music; honestly, my parents could have probably both been professional DJs.” Growing up in Chicago, his grandfather was a pastor, where Wilkes experienced a totally different type of music. “I got to be influenced by a different sensibility,” he explains, “but the thing that’s similar was the feeling.” By age seven, he started asking for musical instruments — not toys — for birthday presents on his path to finding the trumpet.

Now, years later, Wilkes is an accomplished figure in the Chicago jazz music scene, often performing with luminaries like Kahil El’Zabar and Makaya McCraven while having his music featured on TV shows like Empire.

This week, his latest project hits the air, and it has unique ties to Chicago. With co-composer Allie n Steve Mullen, Wilkes wrote the score for WTTW's upcoming Ida B. Wells: A Chicago Stories Special, which profiles the influential journalist, tireless civil rights leader, and formidable suffragist who spent the majority of her career in the Windy City.

WFMT spoke with Wilkes about how he immersed himself in the music and art of the 1920s, how he blended influences in this score, and how he instilled the legacy of Ida B. Wells into the music.

WFMT: You’re a lifelong Chicago area resident. What was your familiarity with Ida B. Wells before this project?

Corey Wilkes: I've always been familiar with Ida B. Wells. But there hadn't been a really good in-depth documentary that I had seen other than some brief reading.

So when we talked about the project, it made me dig a little deeper into that realm. I actually immersed myself in that time period. Even the frame of mind: the music they were hearing, things that were smelling, to conjure up different feelings for me. 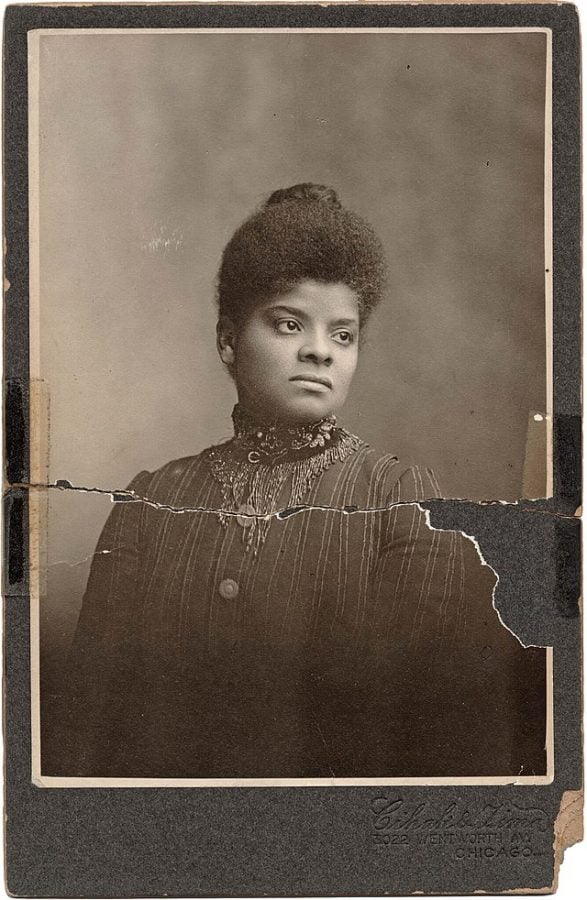 WFMT: How did you go about capturing the personality of Wells — and the era she lived in — within your score?

Wilkes: I couldn't approach it as a modern-day jazz trumpeter of 2020, 100 years later. I had to think about the Roaring Twenties and music like Louis Armstrong, King Oliver, and so on, that Wells [would have been] hearing. I always come from a blues sensibility in general, so that was a big part of conjuring up that kind of vision. It conjured up a lot of blues-formed melodies, to have a different melodicism so it wasn't based on today's harmonies because that wouldn't really mesh well with the project.

Digging into the Delta blues; not playing the jazz-blues [where you're] embellishing off all these different harmonies, such as diminished chords. Just like blues, you know, and playing it from the heart. Even thinking about movement and dance; I had a danceability in my head at the time, like the sensibility of lindy hopping.

One of the things that we worked on in some of the pieces was kind of feminizing Wells' heroism, and not just coming at it from a masculine standpoint. We needed to pull back and give it a little more breath of air. When I was working on one of the call and responses, it was almost like a male and female, talking to each other across the field.

I used a couple of different trumpets, flugelhorns, and mutes to create different sounds. Some were to speak of the time, others were to give Ida B. Wells a voice. That was definitely a help to add some texture.

WFMT: What was it like co-composing a score during a time of quarantine and social distancing?

Wilkes: It's definitely interesting recording like this because, due to COVID and being confined, it was like I was back recording with friends across the pond... [In this process,] we did a couple of Zoom calls back and forth so the score didn't sound too fragmented. 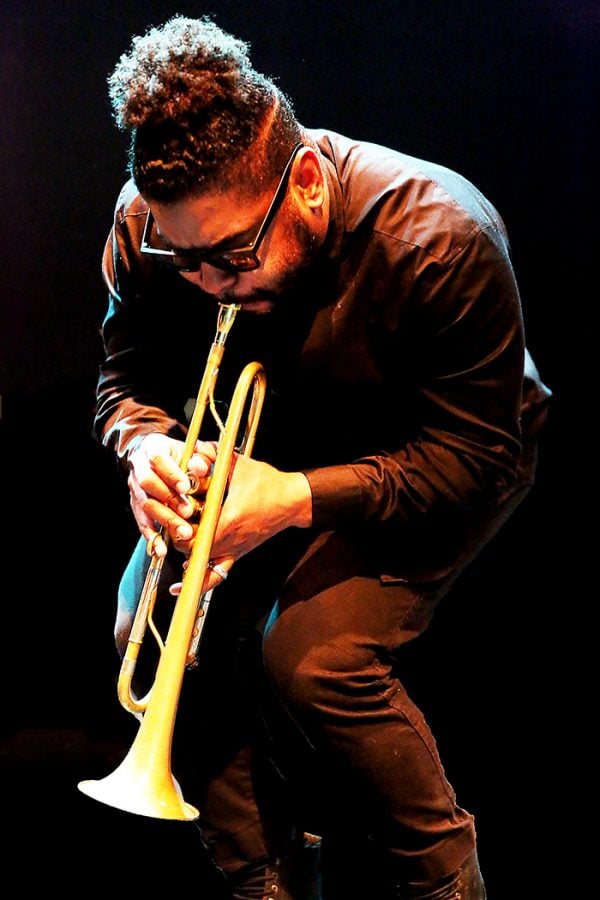 We did a couple of passes at [our own] homes and would send things back and forth. By the time we got to the studio, we had compiled a few things together. Then we just started hashing out things to see what fit.

WFMT: The score features a lot of references to music that would have been around, but at the same time, it's all kind of brought into context with today's music. Can you talk about how you found this sound?

Wilkes: Allie n Steve and I worked on it together. I had this one piece where I did a kind of a call and response. They put together this fantastic track that mirrored the sounds, everything evoking field calls and slavery, things Wells grew up with.

Then we had some themes that we also have to have: it might be a blues theme, and then later on we had to reintroduce the theme in a different way.

Ida B. Wells: A Chicago Stories Special premieres on our sister station, WTTW, Friday, May 21 at 8:00 pm CT. Learn more at wttw.com/wells. To learn more about Corey Wilkes, visit coreywilkes.com.