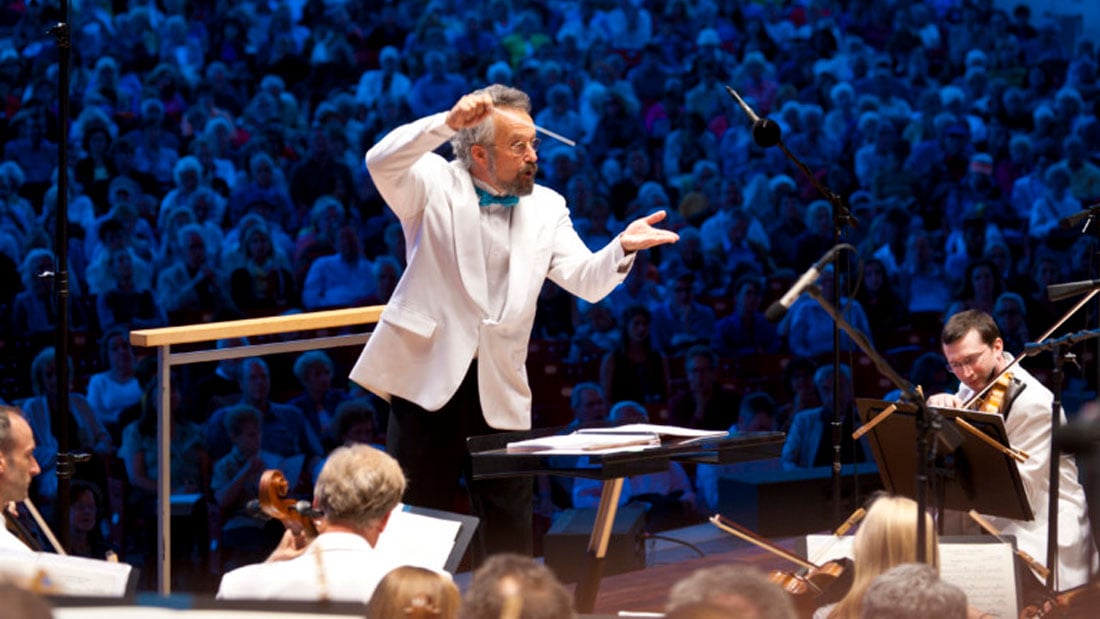 Over the course of his time with the festival, Kalmar has greatly contributed to the growth of the festival’s profile and renown. “I am so grateful for the extraordinary artistic partnership I have had with the Festival,” Kalmar reflects, “and will always love this orchestra and chorus, along with the audiences of Chicago.”

This summer, Carlos Kalmar will be back in Chicago leading the Grant Park Orchestra and Chorus, returning to the city after a year away. Among the highlights of the truncated festival season, Maestro Kalmar will conduct the opening night Independence Day Salute, lead performances of music by Beethoven, Tchaikovsky, and Mozart, and welcome guest artists like Augustin Hadelich, Joyce Yang, Vadim Gluzman, and Anthony Trionfo. Kalmar will also conduct works by contemporary composers, including Gabriela Lena Frank, Margaret Brouwer, and Anna Clyne. Many of these standout performances will be broadcast live on WFMT.