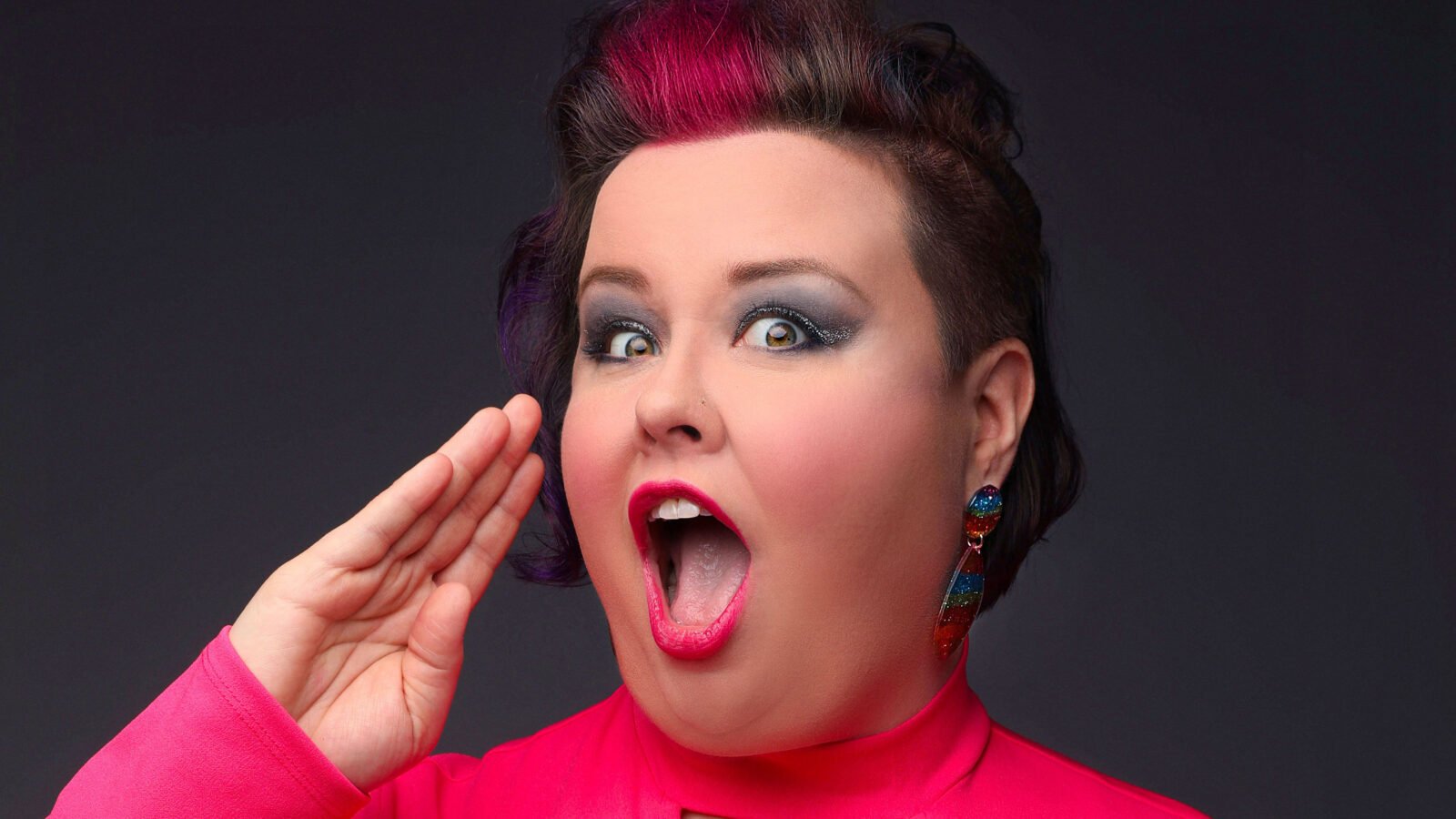 Mezzo-soprano Jamie Barton is lauded for her voice in more ways than one. She is, of course, highly sought after at the world’s leading stages, giving highly-touted performances at the Met, the BBC Proms, and Lyric Opera of Chicago. But Barton is also one of the opera industry’s most outspoken advocates for LGBTQ+ rights and representation, body positivity, and feminism. 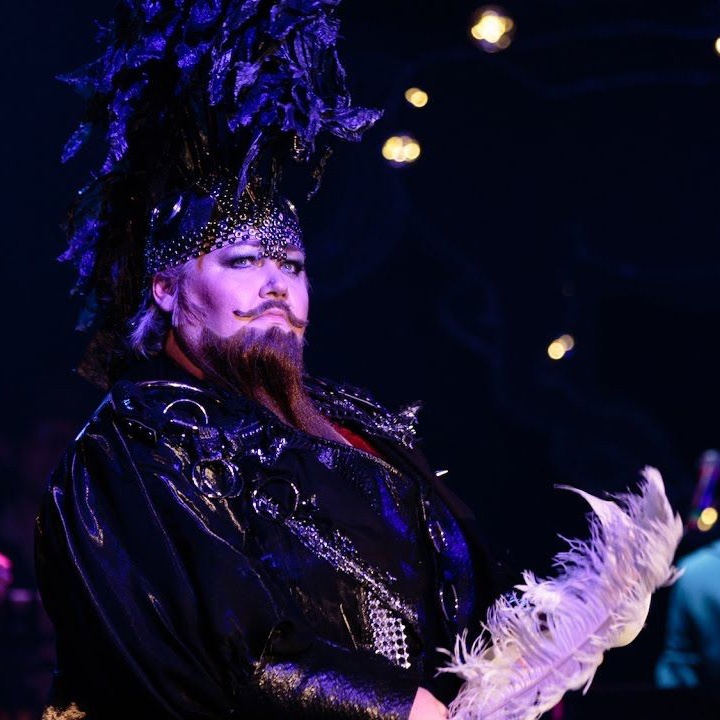 Now, in Chicago Opera Theater’s season premiere, Barton makes her company debut and role debut as the title character of Bizet’s Carmen. And what’s more, she takes the stage opposite another star mezzo: Stephanie Blythe (also a COT debut) performing as Don José in her drag persona, Blythely Oratonio.

Ahead of her anticipated company debut, WFMT spoke with Barton via email about what it means to take on the role of Carmen, why she’s excited to open the COT season, and how modern-day audiences and artists can best confront the “less attractive aspects” of Carmen and other beloved operas.

WFMT: You are renowned for your unique role selection as you advocate for new works and bring a unique perspective to staple roles. What drew you to the character and the work of Carmen, and why now?

Jamie Barton: Carmen is a role that I have been attracted to for a very long time. The radical elements of her personality are traits I identify with, and her fierce independence and confidence are things I aspire to in my own life. To me, this is the story of a strong, magnetic woman whose life is taken by toxic male violence because she will not bend to his will. I also absolutely see Carmen as a queer character… I think it’s very probable that she is bisexual or pansexual. All of these elements add up to the kind of story I want to tell – the kind of story that women in today’s audience can really relate to if the story is told in an honest way.

WFMT: How are you preparing for this iconic role?

Barton: I’ve been studying 25 hours a day! My process always involves delving into the text and the musical setting of that text in a really curious and detailed way. And, of course, I’ve listened to a number of recordings by some of my favorite mezzos! I try to show up for rehearsals with an open mind that is full of potential storytelling ideas. WFMT: COT’s Carmen is one of the first indoor, in-person performances in Chicago this fall. How are you feeling about being back onstage with an audience?

Barton: I’m absolutely delighted to be back onstage! I had the distinct pleasure of being able to do a full-scale opera in France this summer (Tristan und Isolde in Aix-en-Provence), and the energy in the opera house was just incredible. From the pit to the stage, and all the way to the back of the auditorium, the feeling of gratitude that we could have this live performance experience was just palpable. I’m absolutely delighted that we get to be among the first indoor performances in Chicago with our Carmen. It simply wouldn’t be possible if Chicago Opera Theater and the city of Chicago weren’t taking the careful steps they are to create the safest environment possible.

WFMT: Talk about sharing the stage with Stephanie Blythe. (How) do your portrayals offer a different take on this story?

Barton: Well, first and foremost, getting to sing anything with Stephanie Blythe is a dream come true. She knows she’s been my mezzo idol for as long as I’ve been listening to her voice, and so the idea that we get to do this is just mind-blowing for me!

I’m really looking forward to seeing what we both bring to this story. I have a lot of curiosity around her doing this in her drag persona, Blythely Oratonio. Yet it also feels somewhat normal – we mezzos are very used to performing gender-bending pants roles, where women dress up as and perform male characters. I am absolutely certain the presence of Stephanie in drag in a tenor role will add another layer of psychological complexity to chew on for the audience. I also think it’s just going to be extremely cool to get to witness this kind of history being made!

WFMT: Misogyny underpins many of opera’s most revered works. What do you think the artist’s and the audience’s respective roles are in reckoning with this?

Barton: I fully believe that in 2021, we have the clear knowledge of history and a responsibility to acknowledge the less attractive aspects of the stories we tell. The patriarchal world we live in has thrived on misogyny for centuries. I personally feel that the feminine energy in our world is coming into power, and we’re seeing both an acceleration of misogynistic violence, as well as a calling out of that violence for the wrong that it is. I think that to remain relevant, the opera industry has to embrace the move towards feminine power. Part of that is allowing more women to be in power – what a delight it is to be working with a women-led company like COT! 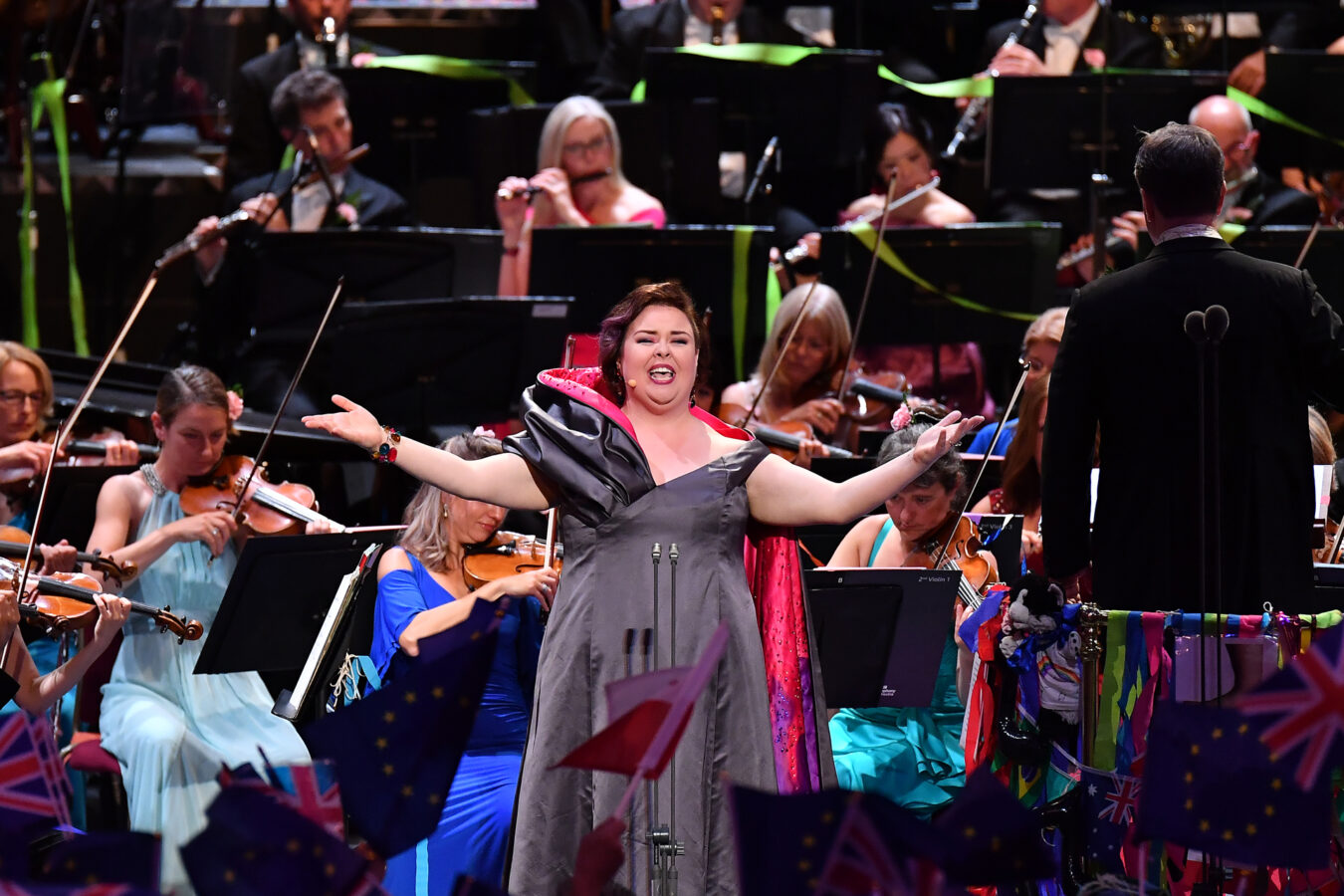 Jamie Barton performs at the Last Night of the Proms, 2019 (Photo: Chris Christodoulou)

I think another integral part of relating to our audiences of “now” is being as honest in our storytelling as we can. Part of that is fostering new works that tell the stories of today from a variety of points of view. And if a company chooses to do works that were written ages ago, I personally feel that we have a responsibility to give those stories a truthful context. It’s just so important to acknowledge where history has failed marginalized voices and to do our best not to gloss over the details that have led to those voices being marginalized in the first place.

WFMT: What do you hope the audience will take away from this performance?

Barton: I hope audience members will leave with gigantic grins on their faces. I hope the sound bath of live performance will offer healing from the past year and a half and will help usher in a sense of excitement and gratitude for what we are gaining back as the vaccine does its good work and this virus loses its grip on our world. I hope our presentation of Carmen will challenge and inspire people. But most of all, from the stage all the way to the back of the house, I hope we all have a hell of a good time.

Chicago Opera Theater’s presentation of Bizet’s Carmen will have two performances: Thursday, September 16 at 7:30 pm and Saturday, September 18 at 3:00 pm, and both will be held at the Harris Theater. For ticketing and information, visit cot.org.