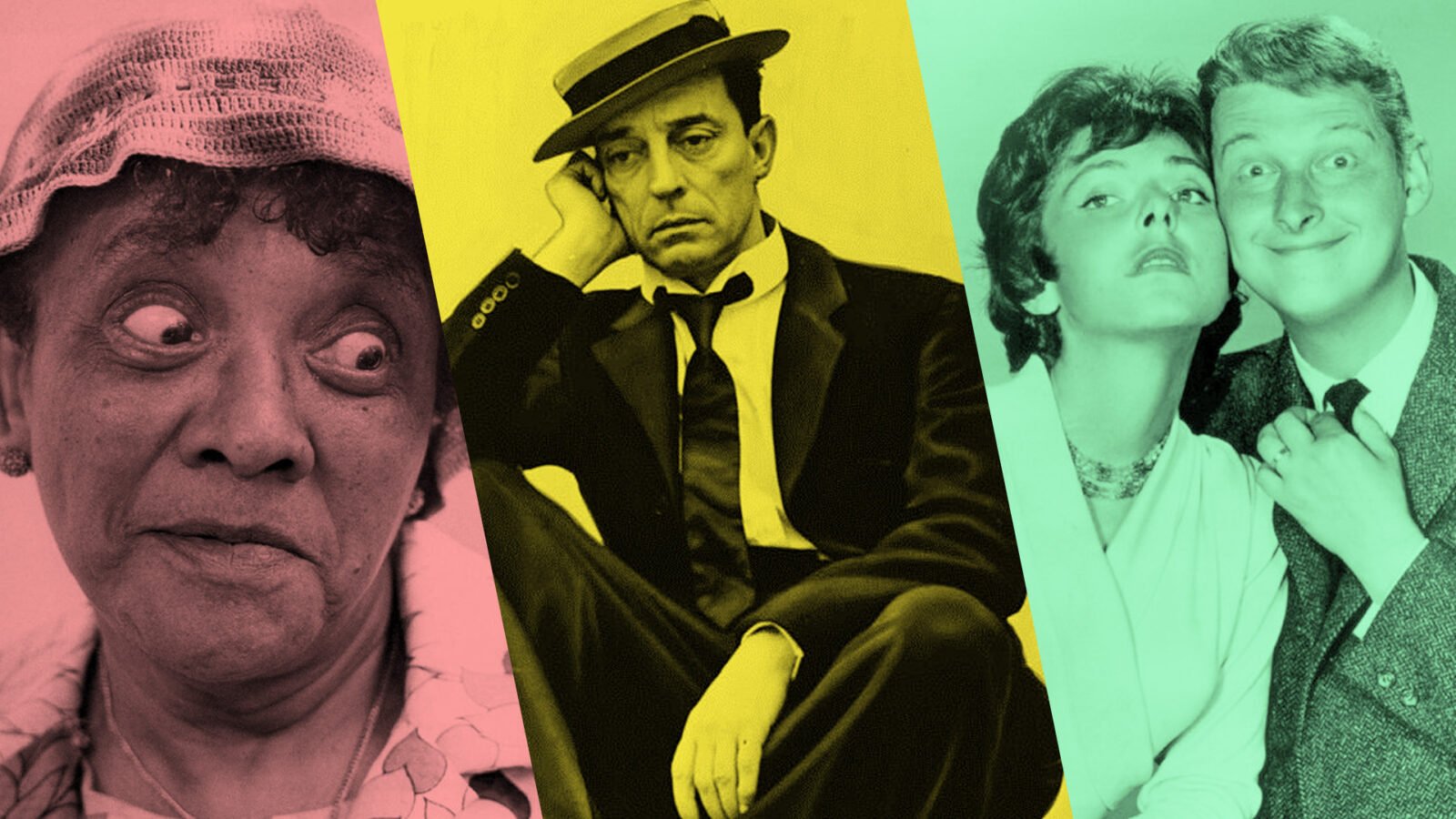 Studs Terkel's gregariousness, curiosity, and generosity were three attributes that won over the public and made him a Chicago legend. And never were these traits more evident on-air than when Studs would invite a comedian, comic actor, or humorist to the the studio.

With Inventing Improv: A Chicago Stories Special premiering on WTTW on October 22, we were inspired dug into the Studs Terkel Radio Archive to find just a few of our favorite conversations with some famously funny folks.

One of the earliest and most influential proponents of improv, Del Close is an icon of Chicago history, helping to make the city into an almost mandatory proving ground for comedians and comic actors hoping to make it big. Close, who can count Bill Murray, John Belushi, Tina Fey, and Amy Poehler as just a handful of his students, visited WFMT in 1970 for a thoughtful but lively chat to break down his philosophy on comedy, theater, and life.

An iconoclastic comedian and civil rights activist, Dick Gregory was no stranger to Chicago, either. It was this city where his comedy career took off, and in 1967, he ran for mayor against the incumbent Richard J. Daley. This rollicking, hourlong discussion sees Gregory looking back on his career.

Few others could justifiably claim to be a quintuple threat, but Danny Kaye could, thanks to his acting, singing, dancing, music, and comedy chops. The magnetic Kaye remains recognizable for his appearances in movies like The Secret Life of Walter Mitty and White Christmas, and in this 1963 conversation, he opens up about his passion for music, TV, and charity work.

Buster Keaton was a titan of pre-sound Hollywood, authoring some of the funniest movies and most memorable stunts in film history. In 1960, the skilled performer joined Studs for a conversation about silent film, gags, and the differences between his work and that of other silent-era stars Charlie Chaplin and Harold Lloyd. Born Loretta Mary Aiken, Jackie “Moms” Mabley made audiences laugh for over 50 years, beginning in the world of vaudeville in the 1920s before conquering standup and TV in appearances on The Smothers Brothers Comedy Hour and The Ed Sullivan Show. Mabley was a trailblazing performer, succeeding as an openly gay, Black woman comedian in an often-hostile industry and country. In 1961, Studs welcomed Mabley for an in-depth, two-part exploration of her life and career.

“Where did I go right?” So Zero Mostel as Max Bialystock wonders aloud in The Producers. The captivating performer was Studs’s guest in 1976, and Mostel mesmerizes as he discusses acting and improvisation.

Mike Nichols and Elaine May

Both as a comedy duo and as individuals, Mike Nichols and Elaine May remain influential figures in comedy and film. Meeting as students at the University of Chicago in the 1950s, the duo built towards comedy acclaim, performing live, releasing albums, and developing a Broadway show. Their individual careers were no less impressive: Nichols (who worked on the staff of WFMT in the ‘50s) directed film classics like The Graduate and The Birdcage, while May became the first prominent female Hollywood director in decades with movies like The Heartbreak Kid and Mikey and Nicky. Around the release of the duo’s first album, Nichols and May paid Studs a visit for a lively discussion of their burgeoning careers. 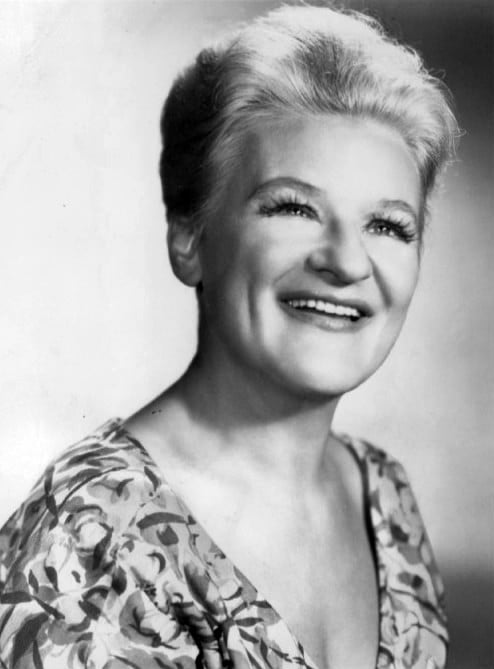 Musician-comedian Anna Russell came up studying opera, and it was this artform that would inspire much of her comedic career. Known for her comedic takes on Wagner and other opera mainstays, Russell visited Studs in 1976 to outline her unique career path and inspirations.

Film lovers will know: getting to hear Jacques Tati talk is a rarity. He was renowned as a humorist, a filmmaker, and an actor, but Tati’s signature character, Monsieur Hulot, was often wordless, as he became entangled in — and bemused by — the paradoxes of modern-day life. Tati’s sitdown came between the release of two of his most enduring movies: Mon oncle (a film that Tati had previously discussed with Studs) and Play Time, and with Studs as his conversation partner, the auteur unpacks his filmography. 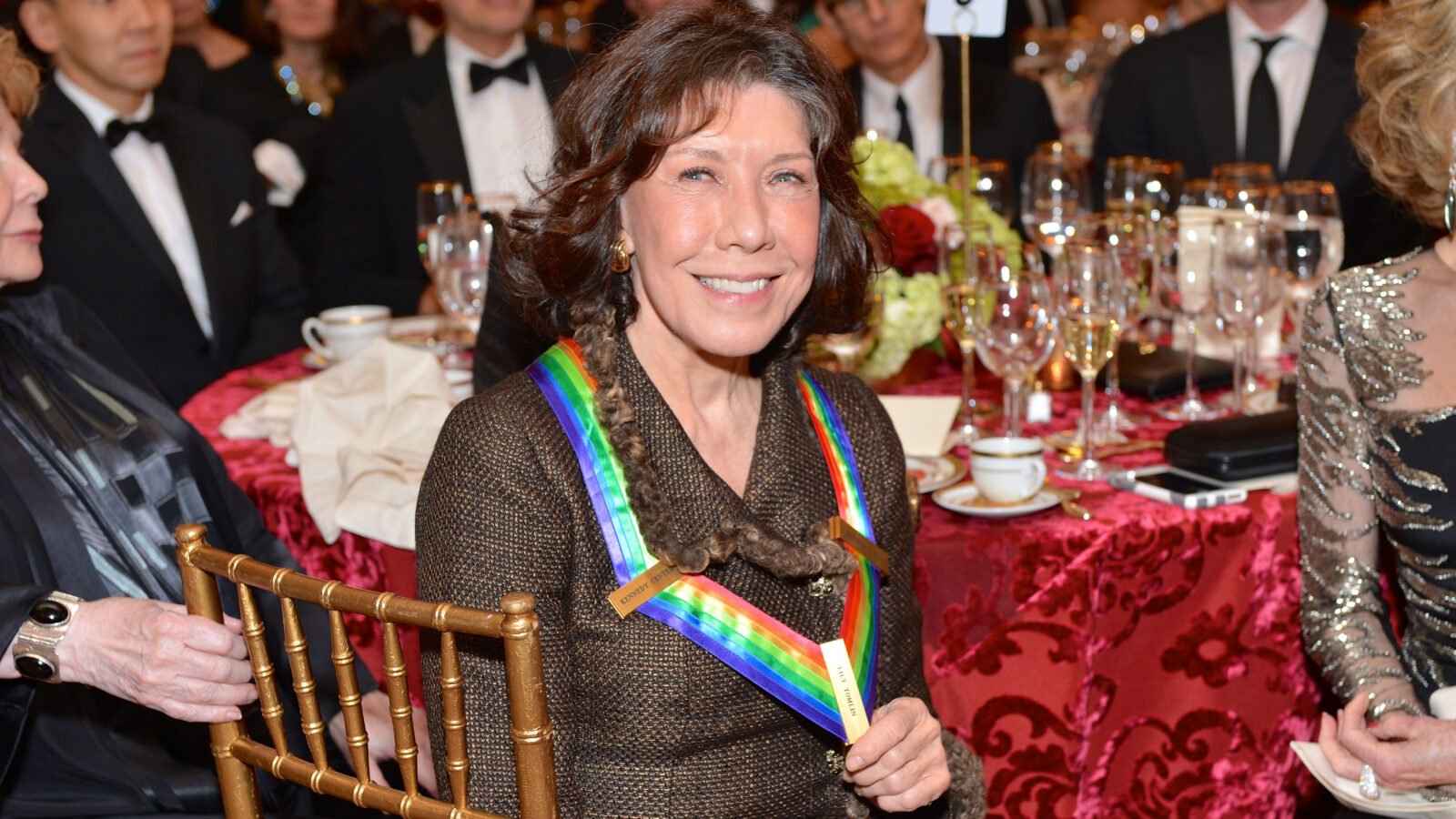 Comedy and film icon Lily Tomlin has spent a lifetime playing characters, first as standup comic and TV sketch show linchpin, then as a versatile and captivating actor on the stage and screen. In this 1988 dialogue, Tomlin sits down with Studs to profile some of the signature characters she created and played, including in the one-woman show The Search for Signs of Intelligent Life in the Universe, written by Jane Wagner, Tomlin's longtime collaborator and wife.

This story has been updated to reflect that the Buster Keaton conversation was not in two parts.