The Chicago International Film Festival is back for a 58th year, and as ever, there is an embarrassment of cinematic riches. With over 85 films and film programs to sift through, we thought we’d give you a hand by compiling the festival’s wide-ranging offerings that we think will be appointment viewing for music lovers of all genres.

And for music or filmmakers, there are a couple of other events worth singling out: composer masterclasses with Mychael Danna — an Oscar winner for Life of Pi — on Oct. 15, and Kris Bowers (whom we included in our list of Black film composers you should know) on Oct. 22.

So enjoy this list of 14 first-run films (and one bonus screening!) that we think you won’t want to miss at this year’s Chicago International Film Festival.

If These Walls Could Sing 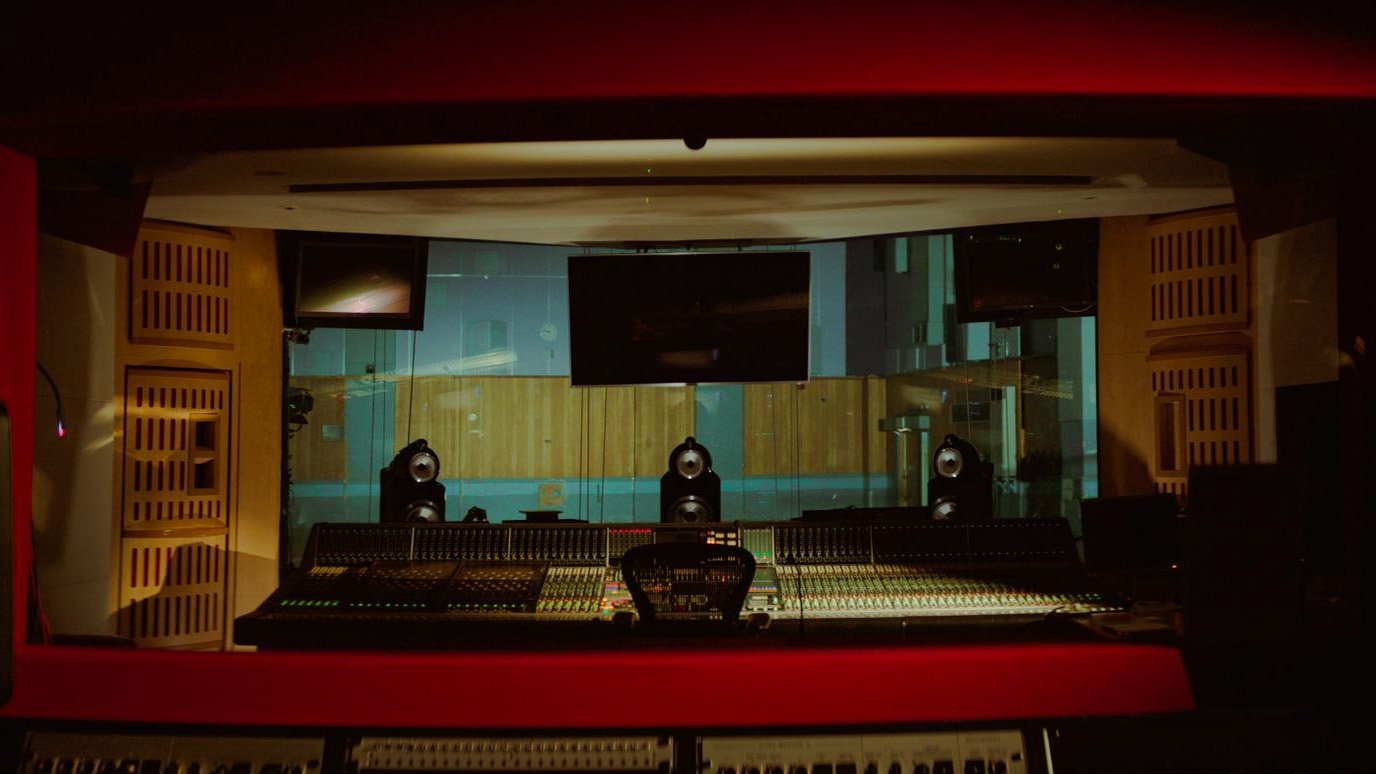 British photographer, cookbook author, and now filmmaker Mary McCartney looks to a mecca of music history that carries a uniquely important role in her family’s history. In its 90+ years of existence, Abbey Road Studios has been the site of as much incredible musicmaking as any other place, and in this film, McCartney interview Elton John, Ringo Starr, John Williams, Sheku Kanneh-Mason, and her father, Paul McCartney, as well as a roster of composers, engineers, artists, and technicians who have helped make the recording studio what it is today.
Screens Fri., Oct. 21 and Sat., Oct. 22 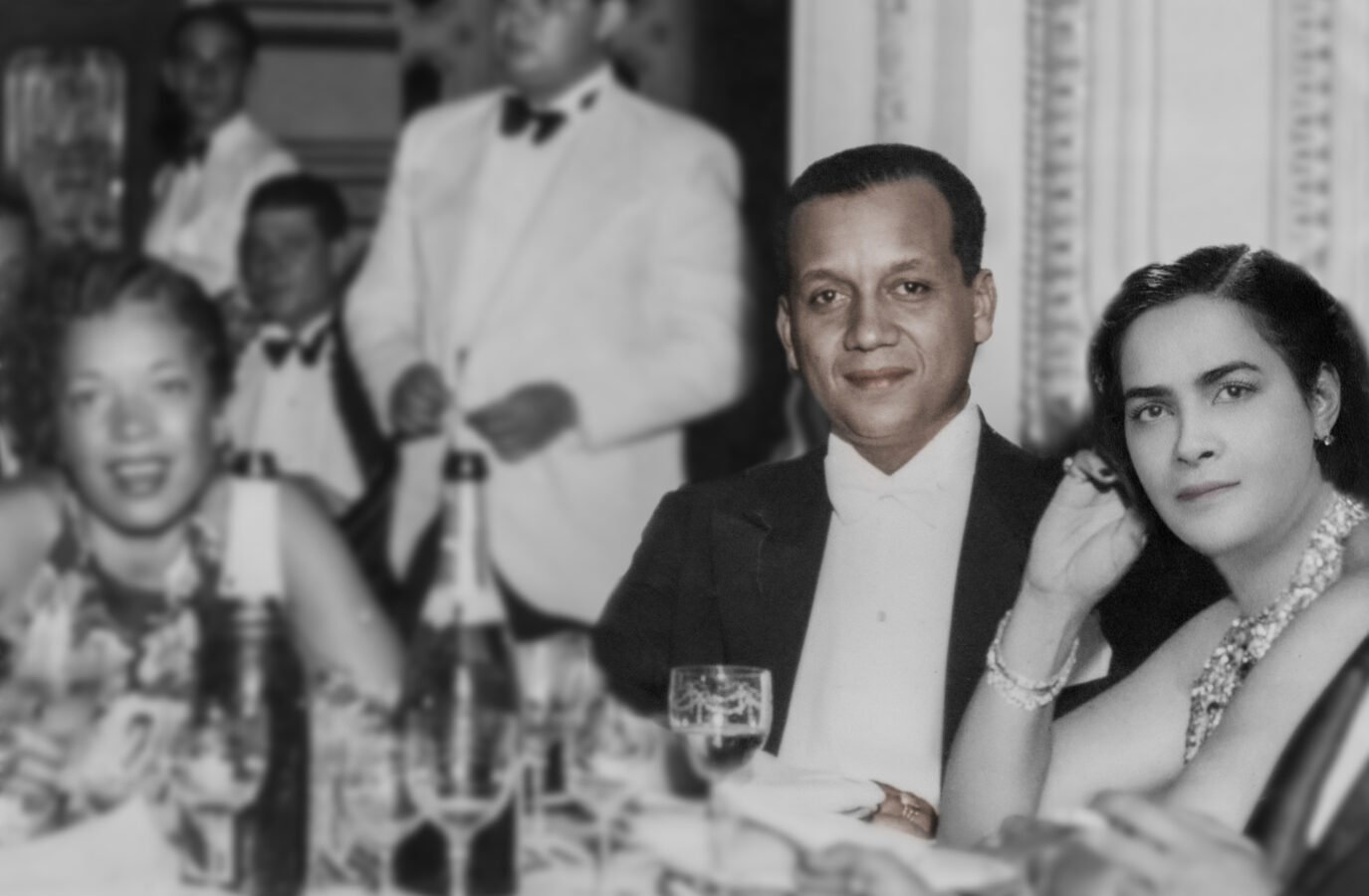 Offering a glimpse into early-1900s Chicago history, King of Kings delves into the life and exploits of Edward Jones, a Black racketeer whose lucrative celebrityput him in the same circles as luminaries like Frida Kahlo and Duke Ellington. An interesting subject for Chicagoans, no doubt, and music lovers’ interest might be piqued to learn that the documentary features interviews with the legendary Quincy Jones, whose father worked with the charismatic kingpin. Director Harriet Marin Jones, the documentary subject’s granddaughter, will be in attendance at both screenings.
Screens Wed., Oct. 19 and Fri., Oct. 21 (free) with the director in attendance at both showings 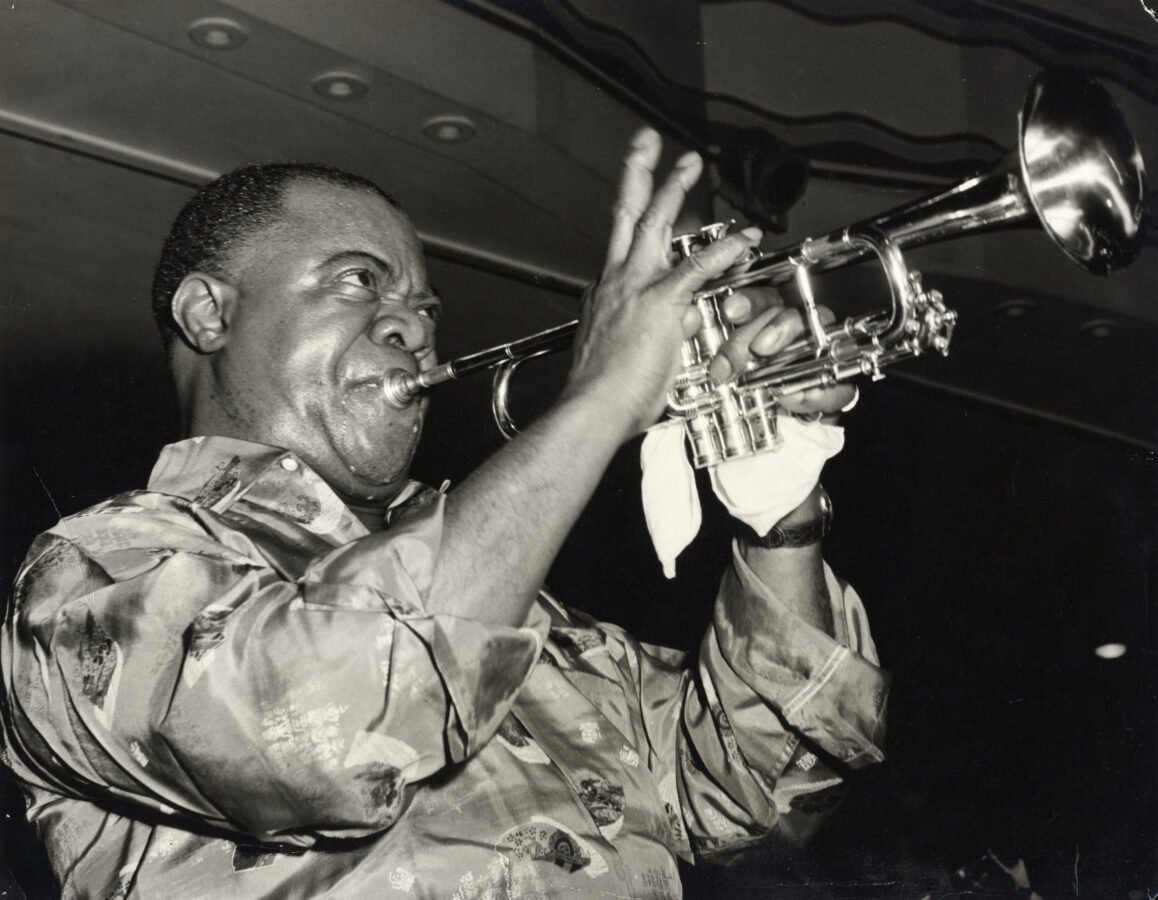 Sacha Jenkins, an interdisciplinary artist with celebrated projects into film, music, and journalism, profiles Louis Armstrong, the beloved and divisive musician. In a documentary that promises never-before-seen footage, Jenkins examines the iconic Armstrong’s outsized legacy in jazz music and US history alike. All the while, the film provides an intimate, candid portrait of a man whose name, face, and voice live on in pop culture and music history.
Screens Sat., Oct. 15 and Sun., Oct. 16 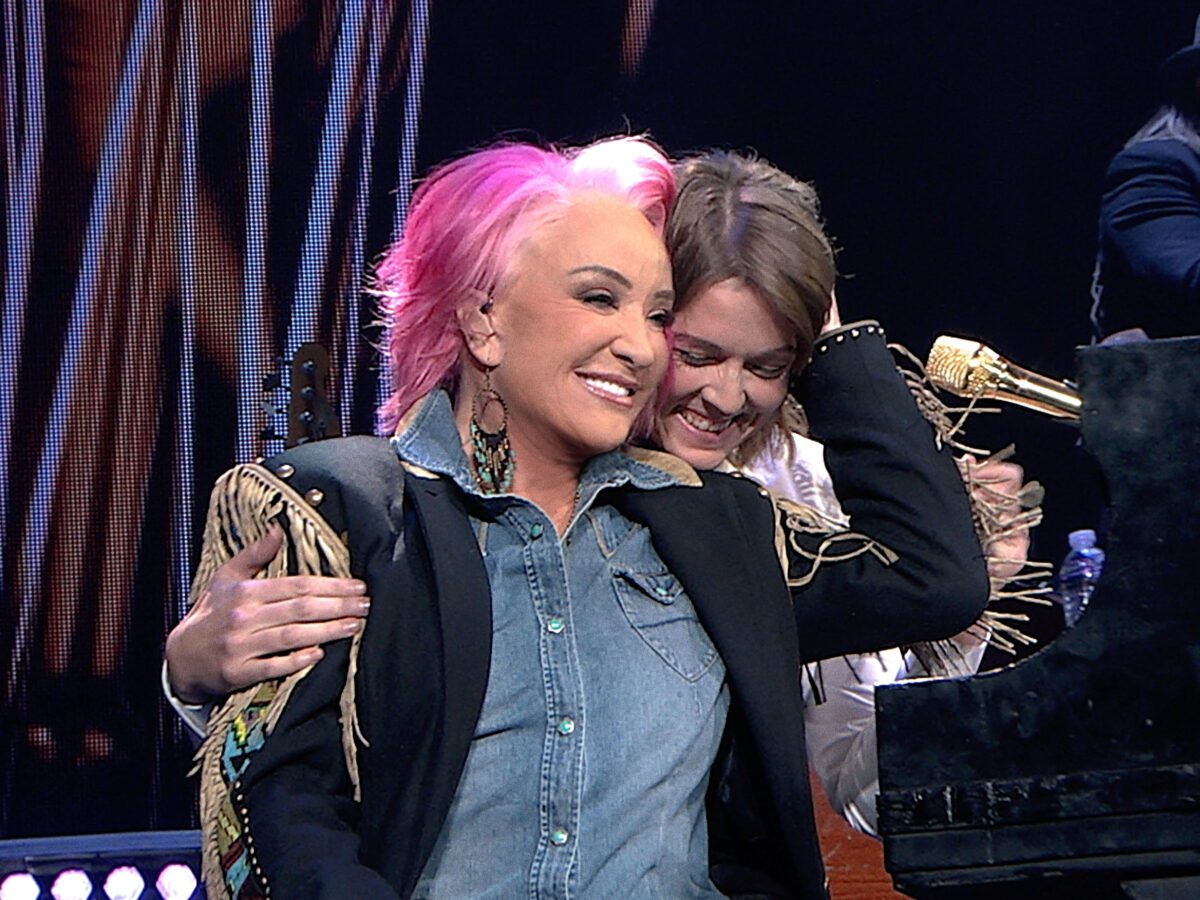 If you don’t know the name “Tanya Tucker,” this movie might like a word. Anchored by 21st century country star Brandi Carlile, the film explores the success of Tucker, who at 13 scored a hit with the subversive “Delta Dawn” before slipping from the spotlight. Thanks in part to the championing of Carlile, Tucker’s career has re-emerged in what the film describes as “the greatest comeback in country music history.”
Screens Sun., Oct. 23

Trent Reznor and Atticus Ross established themselves (or at least as film composers; Reznor is the frontman for Nine Inch Nails) creating immersive and eerie scores for David Fincher films like The Social Network and Gone Girl, but the duo has branched out a bit, writing music for Disney Pixar’s Soul and Jonah Hill’s Mid90s. Now, they’re back with Oscar-winner Sam Mendes’ Empire of Light, which looks to be a misty-eyed love story-meets-tribute to cinema. We don’t know what the score will sound like, but we’re excited to find out!
Screens Sun., Oct. 22

A still from The Inspection (Courtesy Chicago International Film Festival)

Elegance Bratton’s feature-length fiction directorial debut borrows from his own life — following a gay Black man who enlists in the Marines after being kicked out his home by his mother at age 16. Broadway’s Jeremy Pope, who appeared in One Night in Miami as Jackie Wilson, stars in this “Don’t ask, don’t tell”-era drama. And the fact that the film represents alt outfit Animal Collective’s first foray into scoring a feature-length fiction film makes it that much more intriguing.
Screens Thu., Oct. 20 and Sat., Oct. 22 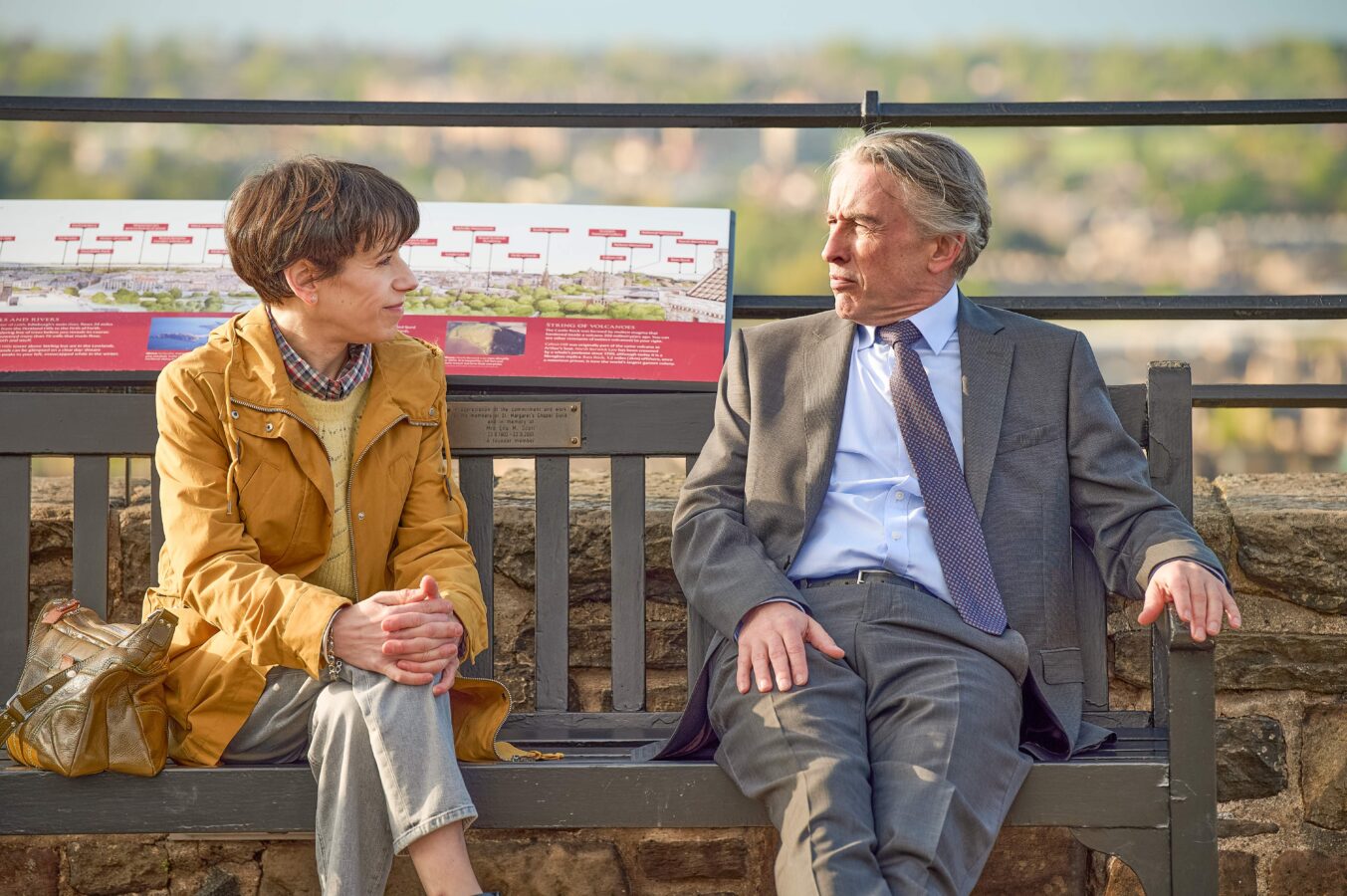 Alexandre Desplat is one of Hollywood’s favorite musical chameleons; you may know his scores from such wide-ranging films as The Grand Budapest Hotel, Zero Dark Thirty, and entries in the Harry Potter series. The French composer’s latest score is for a film from the creative team behind 2013’s Philomena. Starring Steve Coogan and Sally Hawkins (who charmed in The Shape of Water, another Desplat-scored title!), The Lost King portrays a woman whose personal turmoil pushes her to reappraise the legacy of a disgraced 15th-century king.
Screens Sun., Oct. 16 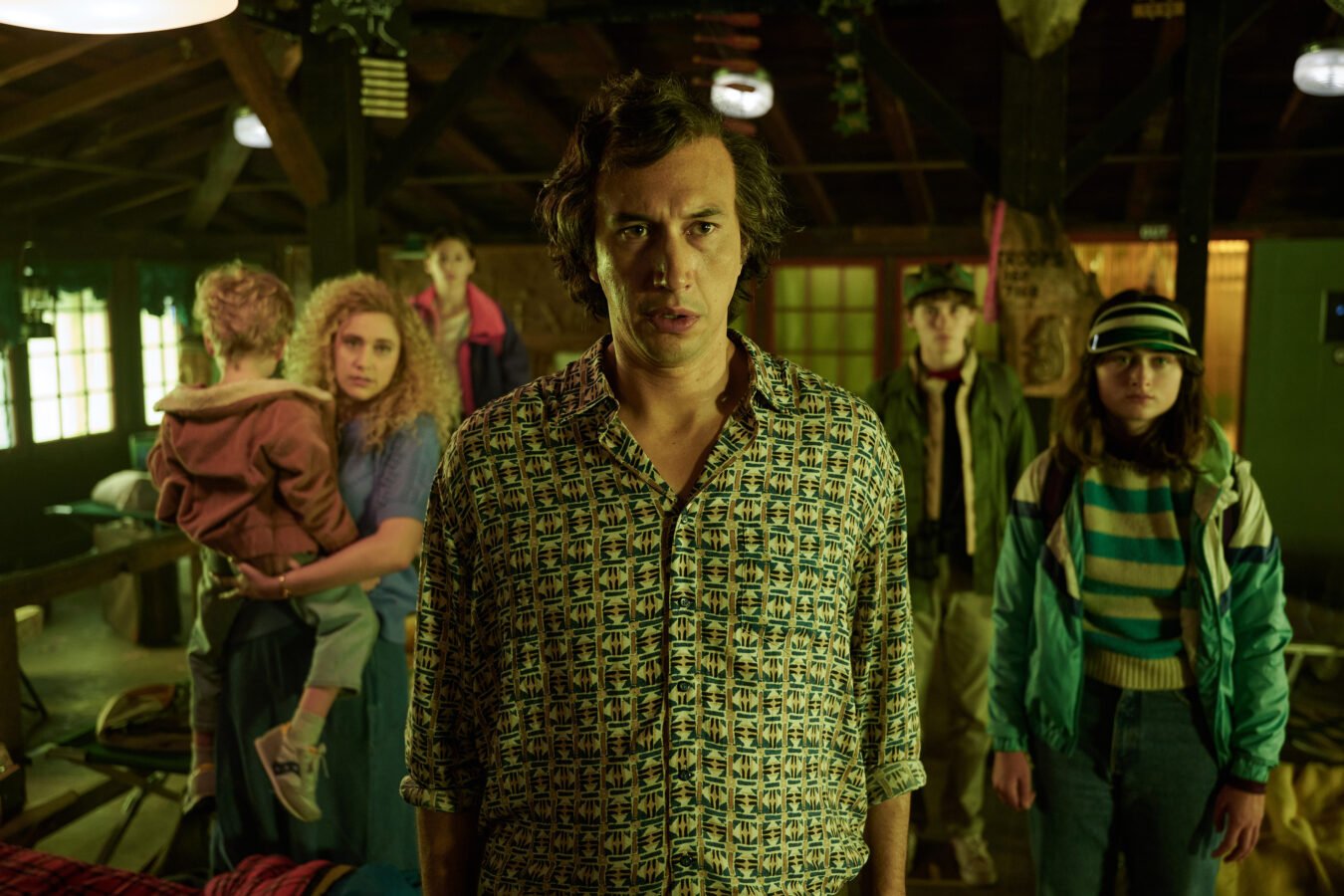 Noah Baumbach, the helmer of Marriage Story, Frances Ha, and other talkative, New York-set films, directs an adaptation of a comedic apocalyptic novel by Don DeLillo. Adam Driver and Greta Gerwig star in the 1980s period piece alongside a cast that also boasts Don Cheadle, Alessandro Nivola, André Benjamin, and Jodie Turner-Smith. All of this is set to a score of Danny Elfman, who’s long since proven himself equally idiosyncratic, witty, and deft in an enviable string of collaborations with the likes of Tim Burton, Gus Van Sant, and Chicago’s own Third Coast Percussion. The film closes out the festival.
Screens Sun., Oct. 23 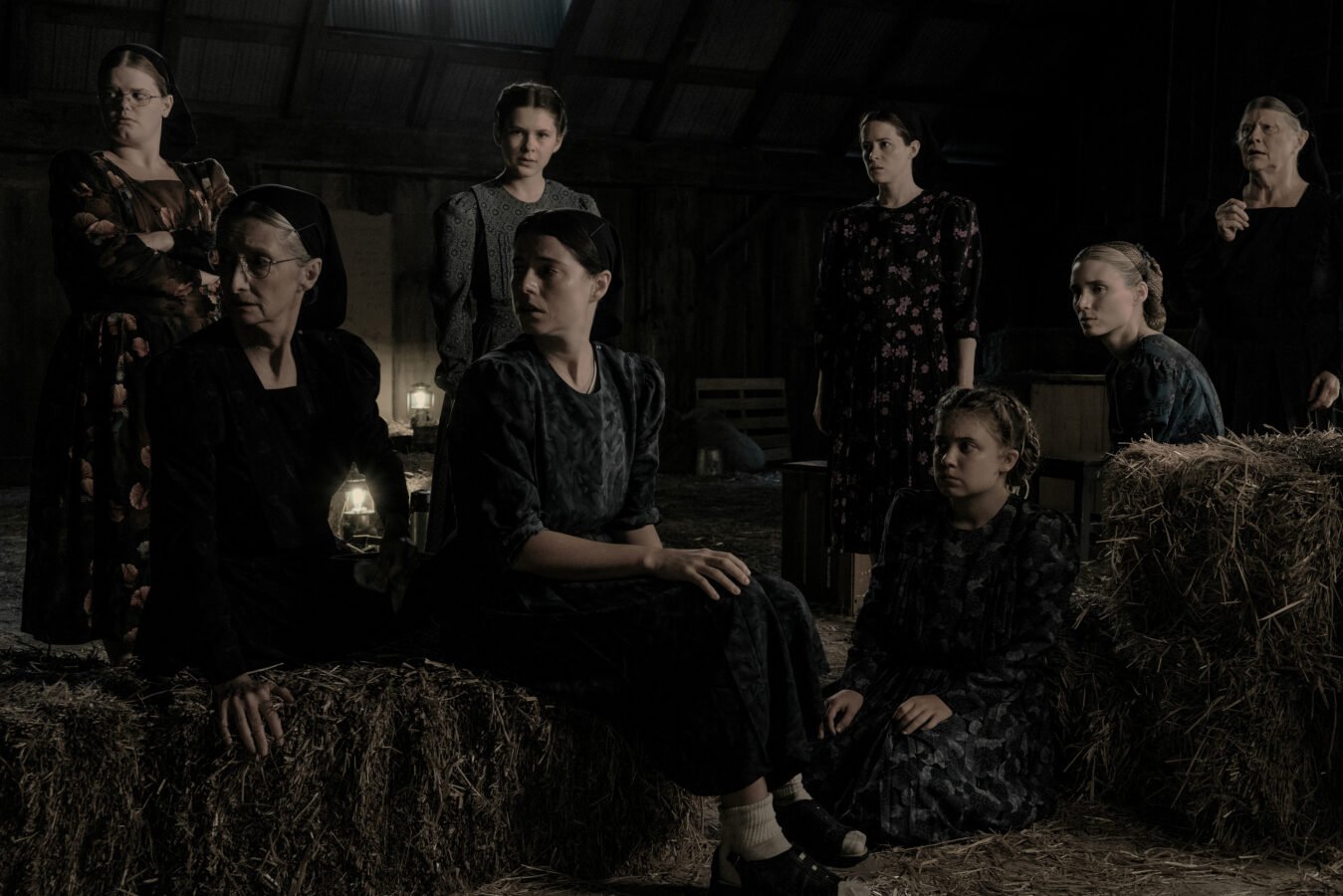 It’s been ten long years since Sarah Polley last directed a feature film. Her affecting and incisive Stories We Tell turned a documentary lens to her own family. Now, through the lens of a narrative fiction film, she looks towards an insular religious community; Rooney Mara, Claire Foy, Jessie Buckley, and Frances McDormand headline as women trying to reconcile a scourge of sexual violence with their religious beliefs. The film’s rich slate of collaborators also includes Hildur Guðnadóttir, whose 2019 saw her take home an Emmy for scoring Chernobyl plus Best Original Score Oscar, Golden Globe, and BAFTA wins for Joker.
Screens Thu., Oct. 20 with the director and cinematographer in attendance

Band follows an Icelandic avant-garde group on the hunt for worldwide superstardom, or at least a modicum of success. A fictionalized account of a real band, Reykjavik’s Post Performance Blues Band the film is directed by bandmember Álfrún Örnólfsdóttir in what the festival describes as “if This Is Spinal Tap had been centered on an all-female group of Icelandic performance-artist musicians.” Sign us up!
Screens Tue., Oct. 18 and Thu., Oct. 20 (both of which with the director in attendance) and virtually at chicagofilmfestival.com. The film’s title does not refer (directly at least) to a musician’s dreaded mechanical practice partner, but rather, the name of an illicit radio show broadcasting American rock to the people of Ceaușescu-led communist Romania. When teens are caught acting unlawfully — including by tuning in to the show — the authorities close in around them, winding up a persistent tick-tock of defiance and fear.
Screens Thu., Oct. 13 (with the director in attendance) and Tue., Oct. 18 We know little about the films making up the festival’s 9 shorts programs, but the synopses of these three did catch our eye. In the animated Shorts 2 program, Switzerland’s Jonathan Laskar’s The Record portrays “an antique instrument dealer receives a magical vinyl record from a traveler.” In the dramatic Shorts 5 program, Filipino film The Headhunter’s Daughter (dir. Don Josephus Raphael Eblahan) sees a woman leave her family to pursue her dreams as a country music star. And in Julian Turner’s Big Three, which is presented as part of Shorts 7 — Sudden Waves (Black Perspectives), a group of 1960s teens embark on a new enterprise: a soul music label.
Shorts 2 screens Sun., Oct. 16 and virtually at chicagofilmfestival.com
Shorts 5 screens Sat., Oct. 22 and virtually at chicagofilmfestival.com
Shorts 7 screens Thu., Oct. 20 (free), Sat., Oct. 22, and virtually at chicagofilmfestival.com, with Big Three director Julian Turner in attendance at both in-person showings 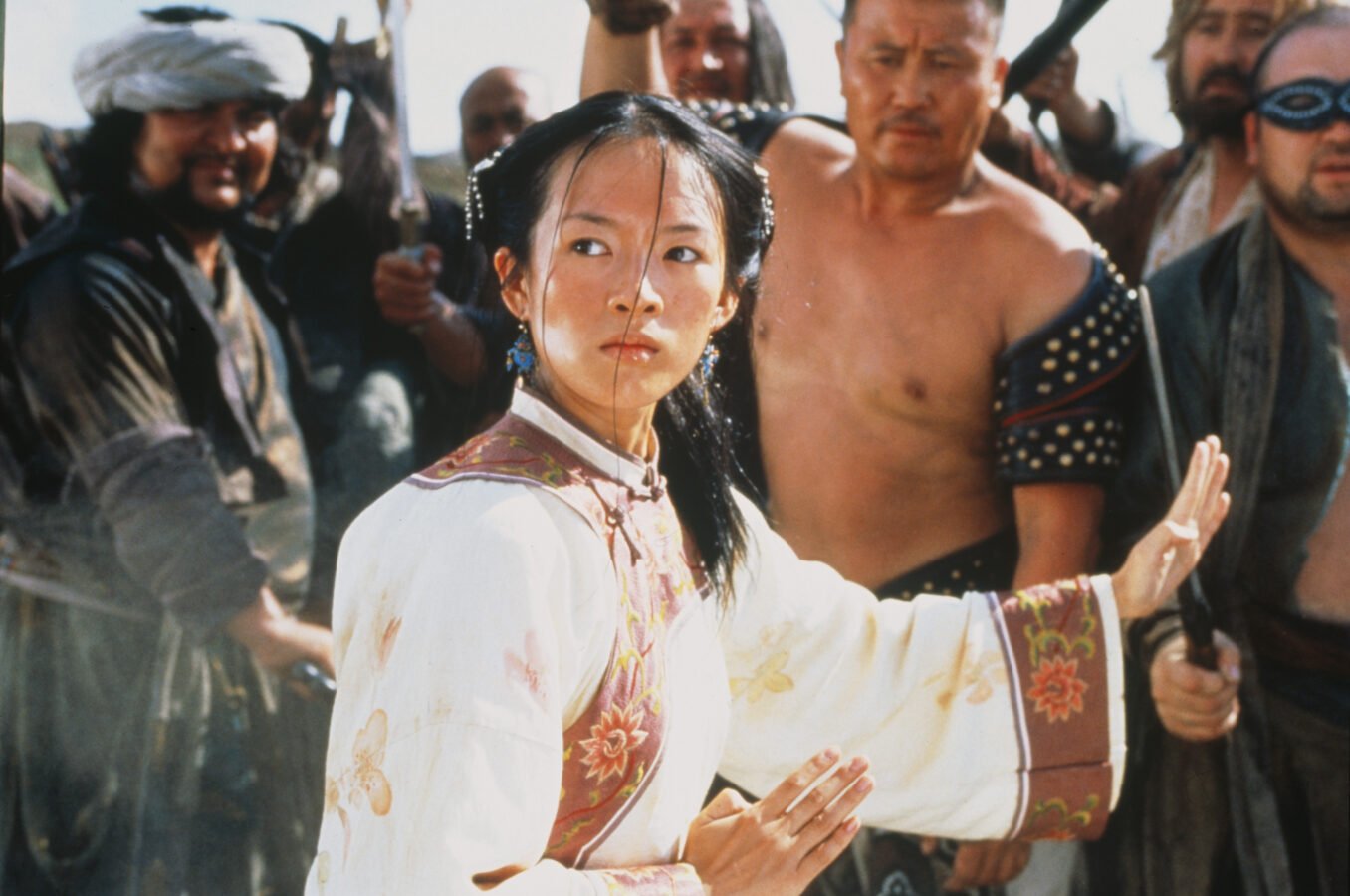 We love Tan Dun‘s lush and stirring score for Ang Lee’s 2000 wuxia masterpiece Crouching Tiger, Hidden Dragon. The music reflects and enhances the stunning visuals and breathtaking physical performances from stars Michelle Yeoh, Chow Yun-Fat, and Zhang Ziyi. The score, which prominently features Yo-Yo Ma as cello soloist, is just one of many reasons to jump on this rare opportunity to see the film on the big screen.
Screens Sat., Oct. 15

Playlist: 13 Horror Movie Soundtracks You Should Know
In the Age of the Visual Album, What Can Opera Learn from Beyoncé?
Lyric Returns With Free Star-Studded Virtual Gala
Hope and Strength: Celebrating Black Artistry with Lawrence Brownlee & Lyric
Ryan McKinny on His Friendship, Artistic Partnership With a Death Row Inmate: 'We’re Human Just Like Him'
Benny Kim and Grace Fong