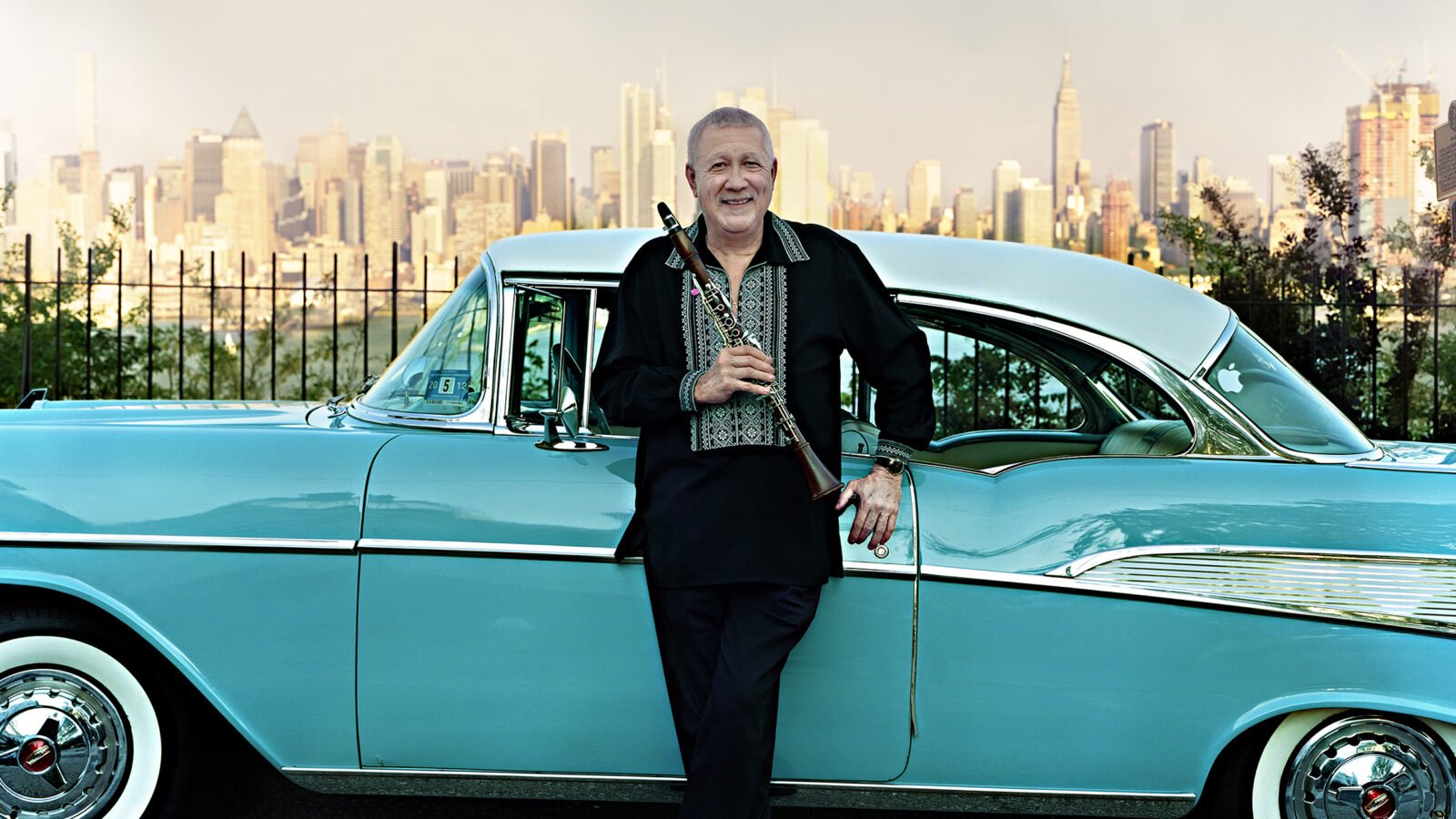 A fourteen-time Grammy Award winner, Cuban-born saxophonist and clarinetist Paquito D'Rivera is revered in both the jazz and classical worlds. With over 30 solo albums and countless session recordings, Paquito has been a force in both genres for over 60 years. When asked about how he is able to work in both realms, D'Rivera says, "It's just music you know. The great Duke Ellington always said 'there is only two kinds of music, good music and the other stuff.' I don't know what the other stuff is, but I can imagine it! [He laughs]"

D'Rivera's father, Tito, was a classical saxophone player in the ensemble Conjunto Sinfonico de Saxofones, which performed music from the standard repertoire as well as Cuban composers. But, along with his love of classical music, Tito passed down his love of jazz to Paquito. D'Rivera said of his father, "Since he was a classical saxophonist, he never had the opportunity to improvise. But he loved the sound of Stan Getz, Lester Young, the Ellington Orchestra, and the Goodman Orchestra. He used to play Benny Goodman's Live at Carnegie Hall album and Goodman's rendition of the Mozart Clarinet Concerto back to back. So for me, it was just all music, there was no confusion."

D'Rivera began playing soprano saxophone at the age of five. By age 10, he was performing with the National Theater Orchestra of Cuba, and by age 12, in 1960, he was studying at the Havana Conservatory of Music, where he learned both the saxophone and clarinet. By 1973, he had formed the jazz orchestra Irakere with pianist Chucho Valdés. With Irakere, D’Rivera won his first Grammy in 1980. He defected to the United States in 1981. Since then, he has gone on to a successful career both as composer and performer of classical and jazz, garnering much recognition, including the National Medal of Arts in 2005.

For an upcoming episode of Fiesta, Paquito sat down with host Elbio Barilari at Delmark Studios in Chicago.

When you play different genres of music you will always have to do minor or major adjustments. You don't play Brahms the same way you would Stravinsky or Stockhausen. Same thing in jazz; you don't play the New Orleans style the same as you would play free jazz. Some performers take popular music for granted, and then they approach the music in a very corny way. You can't do bossa nova with an opera voice. You have to calm down. If you try to sing like that into the ear of a Brazilian woman on the beach, there is going to be a total fiasco! The notes are only a guide, the color and intention are very important parts of the music. That's what makes music — an art, not the notes.

I've played Mozart's Clarinet Concerto many times, and I believe that is the most emblematic piece ever written for the clarinet and orchestra. I always felt the second movement is the "blues." I can imagine Buddy Guy or someone like that singing the melody. So, I put it together and did an arrangement of the Mozart Clarinet Concert. We rehearsed it that day, and the conductor of the group, Chucho Valdés, he told me, "Let's play it tonight at the dance party that we are doing." Really, I was scared. But we played it and it became one of the most popular pieces in the group's rep, you never know!

Bringing back improvisation into classical music is a healthy thing. I am currently in the middle of writing a concerto for trumpet and orchestra for a wonderful Venezuelan trumpeter, Pacho Flores. We have been talking back and forth on the piece and one day he calls me and says, "Maestro, I would like to improvise, with all due respect, the cadenza in your concerto." And I said, "Man you would make my day," I think that people should never play other people's cadenzas. It's like wearing other people's underwear! [He laughs] It's a good idea to include some of the themes the composer uses in the work, but it should be your own cadenza. There is no such a thing as a concerto cadenza written by Mozart. It doesn't make any sense! The only way is to create your own cadenza.

Mozart: Adagio from Clarinet Concerto in A major, K. 622

Weber: I. Allegro from Clarinet Quintet in B-flat Major, Op. 34

You don't have to be Austrian to play Mozart. All you need is some talent to start with and dedication. You have to study what happen in that period and find out why Mozart wrote that music, who were his contemporaries and then you can become a specialist in Mozart, regardless where you are from. The same thing happens with Latin American music, but you don't have to be Brazilian to play that music. You have to study similarities and differences between the Brazilian music and Cuban music, for example. They are cousins and they are similar but very different too. My advice is to pay some respect to the different styles, study them and incorporate what you learn, and the result is going to be wonderful.