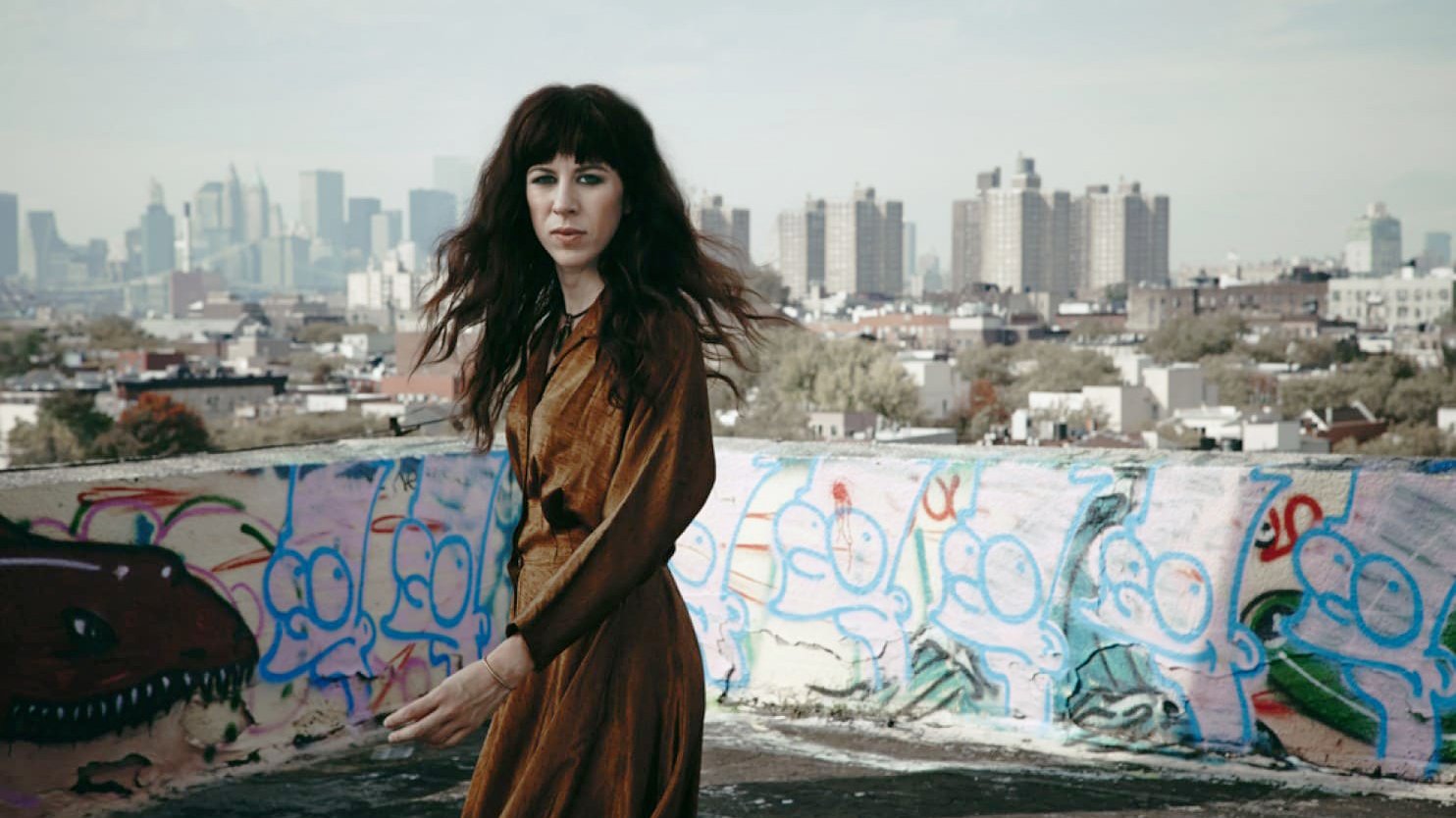 Missy Mazzoli is a composer who is inspired by “weird stories,” and that’s a good thing. Her fascination with “humans who support, undermine, and love each other” has paved the way for opportunities in nearly every realm of the music industry. She is one of two women composers commissioned to write an opera for the Metropolitan Opera in New York — the first time the Met has commissioned women composers in its history — and she has composed music for the award-winning Amazon series Mozart in the Jungle, which presents an inside look at the world of classical music.

Mazzoli’s work recently received further recognition as she was appointed the Chicago Symphony Orchestra’s new Mead Composer-in-Residence. From curating MusicNOW, the CSO’s concert series that presents new music, to composing original works for the orchestra, Mazzoli’s primary goal in her role is to “bring the Chicago audience something they’ve never heard before.”

In a recent interview with WFMT, Mazzoli discussed her musical background, her devotion to inspiring the next generation of composers (particularly women and non-binary and gender non-conforming individuals), and her compositional process.

My earliest musical memory is when I discovered this cassette tape my parents had about the life of Beethoven. It had someone talking about his life with snippets of music in between. To this day, I have no idea why they had it, but I was just like, ‘This is everything! This is what I want to be in this world — whatever this man did, I want to do it.’

When I was about 10 years old, I started composing, and I knew that’s what I wanted to do. I was writing pieces for myself to play on the piano and for the local orchestra. Everything was a disaster, but I still loved it! Later on, when I was in high school, I worked in a recording studio and got to sit in on rehearsals with the Philadelphia Orchestra. Even walking around backstage and hearing players warming up would make my heart race. I knew that this is my world and where I belong.

I went through 8 years of music school and never had a female composition professor. I made a promise to myself when I was 18 years old: if this ever works out for me, I’m going to make this easier for the next generation, particularly for women. In 2016, I started Luna Composition Lab, along with the composer Ellen Reid, in collaboration with the Kaufman Music Center in New York. We accept applications from females, non-binary, and gender non-conforming individuals ages 13 to 19. We connect them with female composers, there are Skype lessons throughout the year, and then everyone comes to New York for a week-long festival in the spring for an immersion in new music.

The goal of Luna Lab is to say to these women, ‘You belong here. If you want a career in music, it’s yours for the taking, and here are the tools you need in order to succeed.’ I encourage finding a female mentor. I ended up seeking mentorships with Meredith Monk, Jennifer Higdon, and Julia Wolfe because they are brilliant, but also because they are women, and they really opened my eyes to the possibilities and made me feel like I could be a composer.

Humans will always be an inspiration for me – they’re fascinating and weird, and I’m obsessed with really insane stories. Like the story of Isabelle Eberhardt, who was the inspiration of my first opera [Song from the Uproar]. Eberhardt was a Swiss woman who traveled to North Africa by herself when she was a teenager, and she created this unconventional life. What makes someone do that? What makes someone abandon everything they know? There’s endless inspiration in that. 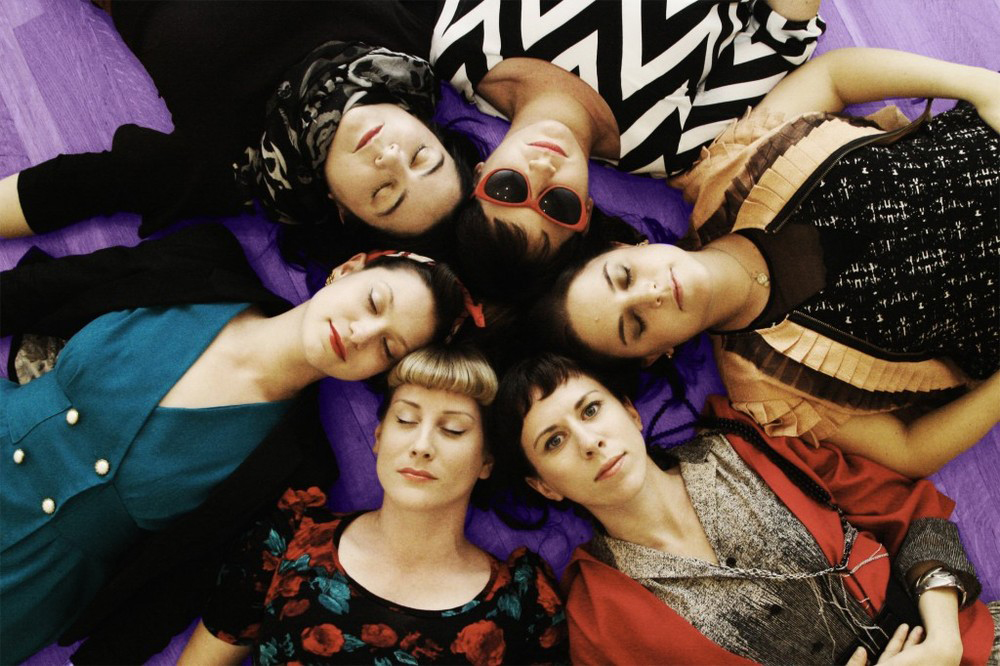 It’s always been necessary for me to compose everything. That includes music for me to perform, for my band Victoire, my work for TV, curating concerts, and building community. When my works are publicized, they become labeled. My TV music is seen as something different than my orchestral music. It’s not; it comes from the same place. The music I write for TV is actually just as complicated as my other music. I have the same goal of taking the listener on a journey and enveloping them in an experience and eliciting an emotional response.

If you’re hiring me for a commission, it’s because I have these weird ideas [laughs]. I love the collaborative process, and there will always be a back and forth with an artist or organization. But every time I write a new piece, it’s like I’m composing for the first time. I think this is a common feeling for composers, and I think it’s a good feeling. If you feel like you know what you’re doing, what’s the point? There has to be a process of reinvention, discovery, and fear – a healthy amount – with each work.

I’m currently listening to Annie Lennox just to get out of bed and tackle the day. I’ve actually been listening to a lot of Kate Moore, a composer we’re featuring on our first MusicNOW concert. I was reminded how much I love her music. It serves all purposes: it’s meditative if you want to calm down, it can be energizing, and it’s very personal.

My priority for this season of MusicNOW is to bring the Chicago audience something they’ve never heard before. I’m interested in composers who have not been celebrated by a major American orchestra, so none of these composers have been on the series before nor have they been performed by the CSO. There are a lot of female composers who have yet to be celebrated by American orchestras, and 10 out of the 16 composers on the programs this year are females. I also wanted to use this opportunity to celebrate Chicago composers, and our second concert has 3 works by composers with Chicago roots.

Missy Mazzoli’s first curated MusicNOW concert of the 2018/19 season, titled “Quirks and Currents,” takes place on Monday, October 22 at 7:00 pm in the Harris Theater for Music and Dance.

Grammys 2022: See All the Classical+ Nominees (And Winners)
In the Age of the Visual Album, What Can Opera Learn from Beyoncé?
10 Woman Conductors You Should Know
9 Works by Women Writers We Want to See Adapted into Operas
Chicago-born opera stars Janai Brugger & Matthew Polenzani trade hometown tales, tips for singing on camera
James Levine, who ruled over Met Opera, dead at age 77