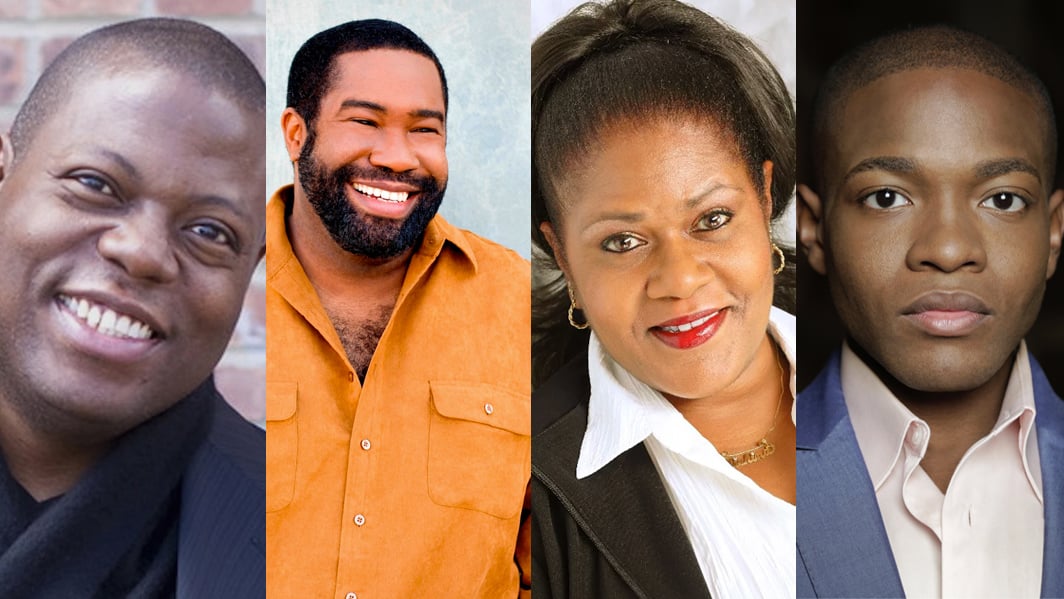 NEW YORK (AP) — More than 60 years after Marian Anderson broke the color barrier at the Metropolitan Opera, Black singers still face unique obstacles in building their careers within the industry.

“We’ve made some strides, but not a whole lot,” said Naomi Andre, a professor at the University of Michigan and author of the book Black Opera.

“I happen to know there’s an incredible network of Black singers out there,” Andre said in an interview with The Associated Press. “… and yet they’re not getting the calls from the big houses and probably should be.”

At the Met this season, the company said there are 36 Black singers on the roster, out of a total of 368. Of those, 27 are in the new production of the Gershwins‘ Porgy and Bess that opens Monday.

Peter Gelb, the Met’s general manager, said the company is “committed to increasing diversity on stage.” He added that the Met is “proud that today virtually all our leads in Porgy and Bess are established Met stars,” who regularly appear at the house in a variety of other operas as well — a sign that the company has developed a strong lineup of Black talent.

Still, Porgy, a tragic love story set in South Carolina’s Catfish Row, provides a rare opportunity for Black artists because the Gershwin estate requires that they be cast in all the singing roles. The AP sat down with five of them during rehearsals to talk about challenges they’ve faced.

The five, along with the roles they’ll be performing, are soprano Latonia Moore (Serena); mezzo Tichina Vaughn (Lily, the same role she sang for her Met debut in 1990); tenor Frederick Ballentine (Sportin’ Life) and bass-baritones Eric Owens (Porgy) and Alfred Walker (Crown). Here are edited excerpts from the conversation:

AP: How has being African American helped or hindered your career?

Frederick Ballentine: I have experienced a few times where people said, “I just don’t know if we could see you in that.” Or “Are you sure you could play that, does that quite work?” They’ll dance around it but not say the actual thing. I think me being African American at this opportune time has helped me significantly because I’ve been at eight houses and I’m quite young. However, I don’t know if I could have made such a deal were it not for me being able to do Sportin’ Life. It thrust me into an international light earlier. But at the same time, it is a bit stifling. I don’t want to feel trapped.

Latonia Moore: For me it was Aida, and that’s what I’ve done the bulk of my career, mostly because I’m Black but maybe because I’m kind of appropriate for the role vocally. And I thank God for it because that’s what catapulted me.

Ballentine: They’re more accepting of Black women… because Black men in romantic roles will always be an issue. We can think of so many Black women who performed all over the world: [Kathleen) Battle, Leontyne [Price], Jessye [Norman]…

Eric Owens: From that era, I can only think of one man, and that’s George [Shirley], but they made George up so light that he almost looked white on stage …

Alfred Walker: I did Orest [in Richard Strauss’ Elektra] in Germany [opposite a white soprano]… The woman that hired me, her husband was the designer, and he looked horrified when he saw me and I was like, “You knew I was Black, right?” So they did this thing. He got us to put this dust on our face. We still didn’t look alike. It was so silly and it didn’t work.

Tichina Vaughn: For the most part, it’s hard to be specific unless somebody comes to you and says something, because our business is quite subjective, but I have been told sometimes that they don’t want a Black person for that.

AP: Where do you stand on the issue of white singers darkening their skin for certain roles? The Met stopped using dark makeup for Otello, and white soprano Tamara Wilson protested against darkening her face for Aida in Verona, Italy.

Moore: I’ve never had an issue with it personally. The only issue I’ve had is the Al Jolson look.

Owens: That’s blackface, where you’re disparaging the person. When you look at Otello and Aida, someone is aspiring to be the leader or the princess of Ethiopia, I never had a problem with it. If they were trying to make fun of Black people, that’s different.

Moore: You have to be a chameleon. When I went to Japan for Aida they painted me darker. I said, “Why are you painting me darker?” and they were like, “We have Ethiopians in body suits and we want you all to be the same color.” And I said I’m with it. It looked great. I looked amazing, super dark.

Ballentine: I don’t understand the necessity of Aida being in blackface. Why? Are you going to go around and do it to the entire chorus? You can make the point easily with costumes.

Vaughn: If I want to be Klytemnestra [Elektra’s mother], do I need to get in white face?

AP: What about the production by the Hungarian State Opera which violated terms of the Gershwin copyright and used white singers who claimed they “self-identified as African American?”

Moore: It’s ridiculous what they did and they lied, but why shouldn’t they put on a production? They want to sing that music.

Ballentine: How are you going to feel when the copyright on Porgy runs out [in 2030] and it’s in the public domain and people want to do it in blackface?

Walker: If I saw an all-white cast in Porgy and Bess I would be really offended. How can you take the race out if it? It’s all in the language. Would you set it in Catfish Row? I’m not going to buy a bunch of white people in this historic place.

AP: What advice would you offer young Black singers trying for a career in opera?

Vaughn: No path is easy for people of color. Anywhere. Decades ago, when I was young and wondering should I do this for real, a woman — she was white — told me: “You need to not think about what color you are.” As soon as you start thinking about yourself as Black, you invite obstacles.

Walker: I kind of had to do that. I go to these foreign countries and I’m singing these roles and you’re the only Black man in the room you look around, there’s no one else… I just can’t have that as baggage.

Owens: I tell young people, “Nobody ever got your job.” If it was your job, you’d have had the job… Anytime I don’t get a job when I audition, I assume that it wasn’t about your color, because if you go down that road it’s paralyzing and then there’s no self-examination about the artistry.

Ballentine: For every single one of us you see on stage, that’s another door that we have opened so that people behind us can follow. I think every time I do a role that’s not Sportin’ Life, I’m opening the door for some young Black man behind me, because it’s really hard.

Grammys 2022: See All the Classical+ Nominees (And Winners)
James Levine, who ruled over Met Opera, dead at age 77
Willliam Grant Still’s Top 5 Works According to His Daughter, Judith Anne Still
Gelb’s contract as Met Opera head extended through 2026-27
In the Age of the Visual Album, What Can Opera Learn from Beyoncé?
Playlist: 11 Black Performers Instrumental to Classical Music