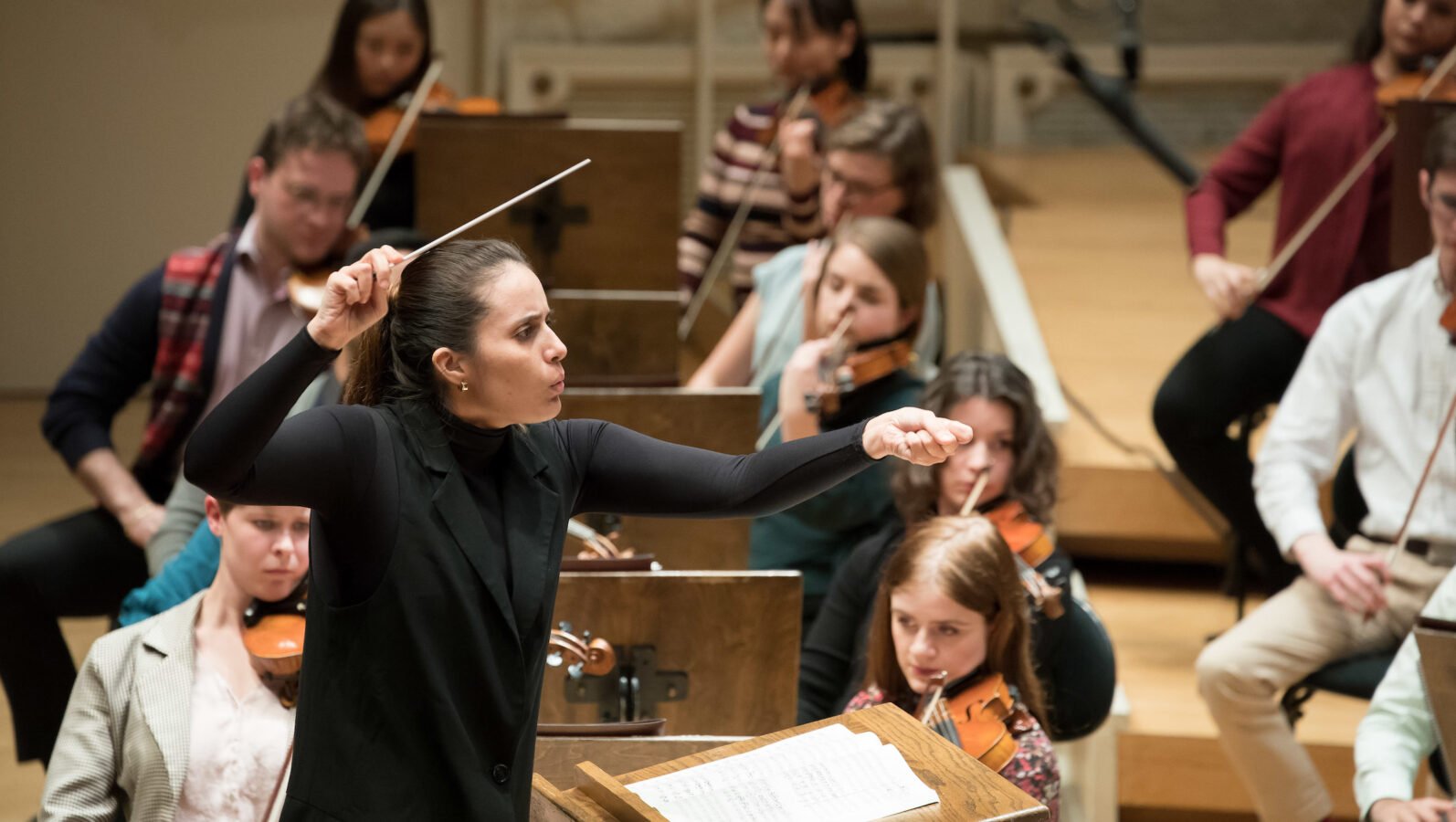 Lina González-Granados is the winner of the Sir Georg Solti Conducting Apprenticeship, the Chicago Symphony Orchestra announced late Tuesday afternoon. Between February 2020 and June 2021, González-Granados will have the opportunity to study and work with Riccardo Muti, conduct the Civic Orchestra of Chicago, and participate in cultural activities and outreach throughout the greater Chicago area. Since its creation 10 years ago by Maestro Muti, the Sir Georg Solti Conducting Apprenticeship has been offered only three times before: in 2011 to Sean Kubota; in 2013 to Matthew Aucoin, now artist-in-residence at the Los Angeles Opera and a 2018 MacArthur Fellow; and in 2015 to Erina Yashima, now assistant conductor of the Philadelphia Orchestra. González-Granados is the first Latina to receive the honor.

Lina González-Granados has been conducting for over a third of her lifetime, and she’s only 32. Born in Cali, Colombia into a family of doctors and engineers – she herself studied management in college – she began piano lessons at an early age, not becoming serious about her musical studies until she was 14. The lack of opportunities for a woman conductor in Colombia was the impetus for her move to New York City and Boston. While in Boston, González-Granados founded the chamber ensemble Unitas: its goal was to bring the music of Latin-American composers to a wider audience.

González-Granados also was the first Hispanic chosen by conductor Marin Alsop as winner of the Taki Concordia Fellowship for the 2017-2019 seasons. The award includes engagements with various orchestras as well as professional advice for female conductors as they embark on their professional careers. González-Granados credits Alsop as one of her main mentors, last year telling Colombia’s news magazine Semana that the opportunities given to her by Alsop, including an assistant conductorship at Ravinia, were invaluable. Fellowships with the Philadelphia Orchestra and Seattle Symphony, and engagements with other orchestras in the United States and Latin America followed.

Along with mentors Alsop, Bernard Haitink, Bramwell Tovey, and Charles Peltz, González-Granados mentions Mexican-American conductor Alondra de la Parra as an inspiring exemplar. González-Granados says it was de la Parra, only a few years older than González-Granados, who showed her that it’s possible for a woman “to have a place in the great sphere of artists.”

Lina González-Granados is heartened to see a greater worldwide appreciation for Latin American composers in general and Colombian musicians in particular. “My fellow Colombian conductors now have very good opportunities to study in the country before leaving, if that’s what they want,” she observes. She hopes that her experiences will encourage more Colombian women to become musicians. “We need to support our women composers, conductors, and soloists. I do, from afar. For now.”

CSO Announces Winter/Spring 2022 Concerts
Grammys 2022: See All the Classical+ Nominees (And Winners)
See Photo Highlights from WFMT's 70th Anniversary Day of Celebration
In the Age of the Visual Album, What Can Opera Learn from Beyoncé?
10 Woman Conductors You Should Know
Waltzes in a Pandemic: How Vienna Phil Will Continue Its New Year’s Tradition