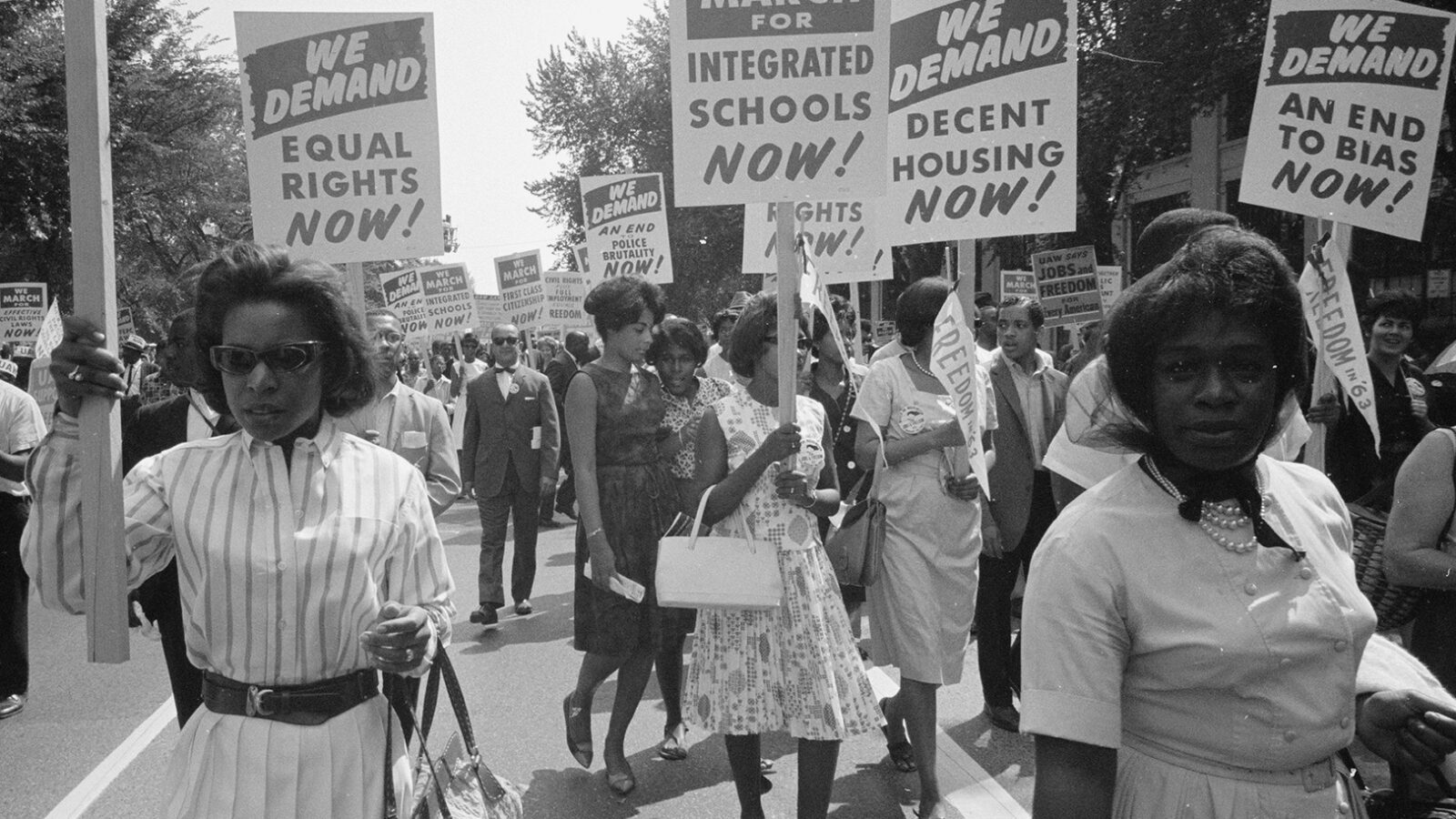 As discussions about American racism, protests, and riots continue to dominate our news feeds and headlines this summer in the wake of the killing of George Floyd, it is important to look back at what racism and resistance against it have looked like in the past. We can look to the past to learn about struggles over race and see how movements have changed over the years. But our picture of the past is often incomplete: while women have long been on the frontlines in the fight for racial justice, their stories have often been left out of history. Here are nine Studs Terkel interviews with women that enrich our understanding of Chicago and the country’s past and help us move forward to a better future.

Actress and playwright Anna Deavere Smith helps audiences recognize multiple perspectives of rioters in her plays Fires in the Mirror and Twilight: Los Angeles, 1992. In her session with Studs, Smith explains how conducting extensive interviews in the aftermath of the Rodney King and Crown Heights riots broadened her understanding and formed the basis of her plays.

In 1980, Studs interviewed Myra Alexander, an elderly Black woman talking about her experience with racism in Chicago. She talks about her views on Chicago segregation and her own story of the 1963 March on Washington. Through anecdotes — both funny and serious — she paints a vivid picture of the many forms racism takes in unexpected ways.

The “Queen of Gospel” Mahalia Jackson talked to Studs in 1963 about her experiences in the civil rights movement. In her interview, she guides us through her younger life in the South as a nanny for white children, and her time as a Black female musician in Chicago, centering the importance of pacifism in her organizing work.

While this program features men and women from the Student Non-Violent Coordinating Committee (SNCC), a student-led civil rights group, the women in this program tell Studs about their experiences protesting and registering voters across the south. They also speak of the power of song to build community and withstand hardships in the fight against racism.

Nancy Milio came to Studs’s studio in 1970 to promote her book about a women’s clinic she opened a year before the 1967 Detroit riots. Milio and Studs have a frank discussion of what true allyship can look like, and she shows how listening to community needs and stepping back from the spotlight can be a challenging but important step for allies committed to helping Black communities.

This 1974 Toni Morrison interview with Studs is filled with readings of passages from her book Sula and discussions of the book’s characters. The book traces the lives of two black women and the diverging choices they make. While this interview does not talk about protests or riots, Morrison’s demonstration of the rich complexity of her Black characters is a radical idea that is often overlooked.

“[They try to stop the marches] so many times, so many times…[we march] because we want freedom, and it’s right to do it,” one nameless woman said in Studs program presenting the reactions of the activists and locals in a 1965 Montgomery, Alabama protest. She exemplifies the many nameless women in the civil rights movement: protesting for what they believe in despite their hardships, without getting recognition. This program poignantly finds voices of locals for and against the marches, with some telling stories of how they put the march together and others dismissing the whole event by saying it is put on by outside agitators.

Four suburban white women came to Studs in 1965 to share how they took part in antiracist book clubs and civic community organizations. The interviews demonstrate the variety of ways that people — no matter where they come from — can help in the ongoing fight for racial justice.

Alfreda Duster, the daughter of early civil rights activist and journalist Ida B. Wells, talked with Studs in 1971 about her mother’s life. She describes how her mother’s journalism sparked outrage, riots, and protests across the country and tells stories of her courage as she took trains far and wide to cover riots and risked her job as a teacher to report on lynching.

11 Studs Terkel Conversations for Black History Month
Earth Day 2020: Stacy Garrop's 'Terra Nostra'
In the Age of the Visual Album, What Can Opera Learn from Beyoncé?
Decade in Review: The 2010s and Classical Music
Capturing the Chevalier, One of the Most Remarkable Stories in Classical Music
Bach, Borge, Biden: Ed O’Keefe, the CBS News White House Correspondent Who Came To Play