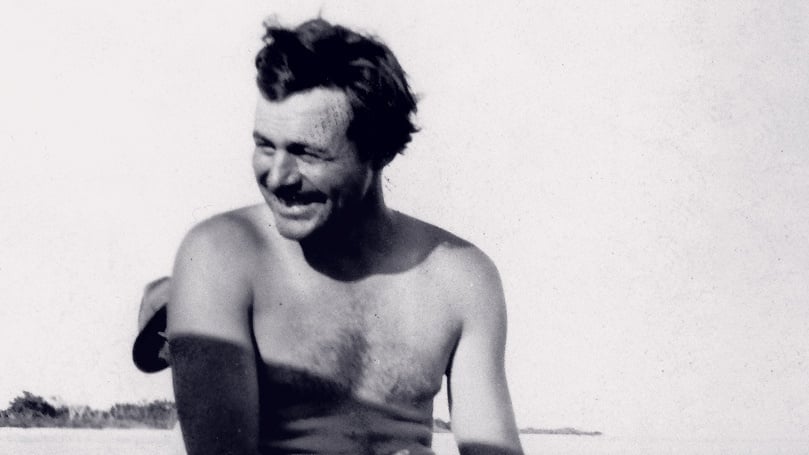 It's a very good thing that Ernest Hemingway never quite took to the cello; if things had gone better, the Nobel laureate might never have ended up a writer at all! The author was born in Oak Park, Illinois to Clarence, a physician, and Grace, a musician. Despite the young Hemingway's objections, his mother was insistent on teaching her son the instrument. "My mother kept me out of school a whole year to study music and counterpoint. She thought I had ability, but I was absolutely without talent," the author is quoted as saying in Conversations with Ernest Hemingway.

Hemingway casts a long shadow in literature with influential titles like For Whom the Bell Tolls, The Old Man and the Sea, and his posthumous memoir A Moveable Feast. Through trademark prose —elegant, spare — many of Hemingway's works explore foreign locales: Spain, France, Cuba, and what is now Tanzania, to name a few. This combination — understatement and expedition — creates an interesting tension in the many adaptations of Hemingway's works. How to capture the charged yet reserved language of the source text while mining the rich cultural backdrop?

We'll find out with this playlist of music composed for Hemingway adaptations: ranging from direct adaptations like To Have and Have Not, The Snows of Kilimanjaro, and The Sun Also Rises, to depictions of the man himself from Hemingway and Gellhorn and the upcoming Hemingway.