He was one of the 20th century’s most important composers, but despite a recent resurgence in popularity, William Grant Still’s standing in classical music is still far from what it should be. And there continue to be many who have never heard of him “because of the color of his skin,” his daughter, octogenarian writer, music publisher, and advocate Judith Anne Still, observes in a phone interview with WFMT. “How wrong is that?”

William Grant Still, often cited as the “Dean of African-American Composers,” was a revolutionary figure. It is highly significant that he was the first Black artist to conduct a major US orchestra, the first Black composer to have a symphony performed by a major orchestra, and the first Black composer to have an opera performed by a major opera company. But what is no less critical was his ability to draw from folk music, gospel traditions, and spirituals in his music. Essential, too, was the subject matter of many of his works, which looked to history, literature, and the theater to tell stories of Black life and Black liberation.

Still was born in Mississippi. Immersed in classical and gospel music from a young age, Still eventually arrived at Oberlin Conservatory of Music, where he studied composition. Following World War I, Still joined the community of artists and thinkers known as the Harlem Renaissance.

He later lived in Los Angeles with his second wife, Verna Arvey, a white Jewish pianist, librettist, and writer, and his family. The couple’s 1939 wedding took place in Mexico because interracial marriage was illegal in California. Together, Still and Arvey collaborated on many operas and songs, and their home was often filled with music and visitors, attests Judith Anne Still. 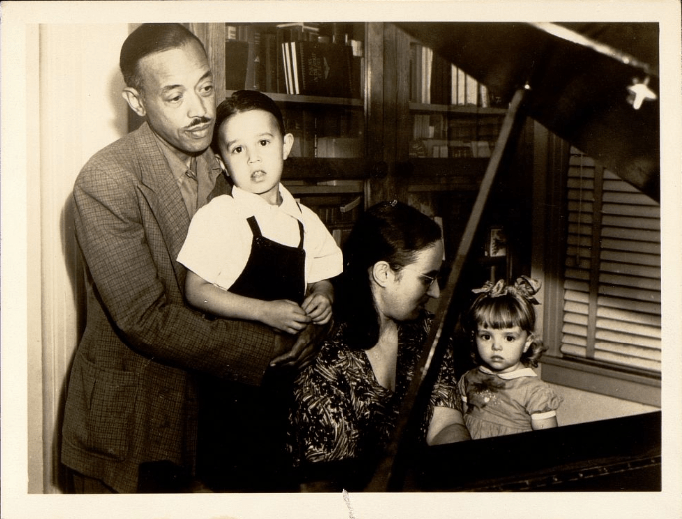 But despite the household she grew up in, Judith Anne Still was not pulled towards music. She grew up dreaming of being a writer, in part because she was seldom allowed to leave the family home. “Even in California,” she recalls, “inter-married couples were in danger,” as were their children. So she sought companionship and entertainment in reading. “My mother tried to teach me piano,” Still recalls, “and my father said, ‘Don’t bother, Verna, she’s going to be a writer.'” In fact, she adds, “I really wasn’t interested in music.” 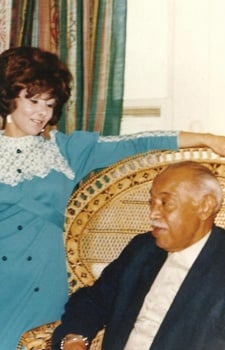 That all changed when, before his death, her father chose her to maintain his legacy. She has managed the publishing of her father’s music and hopes to build a multicultural music center in the future. All the while, she has continued writing books and articles, many of which are about William Grant Still.

Still has seen a rise in popularity of her father’s music coinciding the 2020 murder of George Floyd and subsequent heightening of calls for equity and greater representation for Black people and people of color in the arts. She says she has been extremely busy fulfilling orders over the last two years, especially for in-demand pieces like Summerland and the Suite for Violin and Piano. The Afro-American Symphony, which was the first symphony by a Black composer performed by a major US orchestra, is also among his most enduring, and Chicago-area audiences will have the opportunity to hear it in an upcoming performance by the Chicago Philharmonic.

Despite an upturn, Still’s music remains under-performed. Many of his compositions have not received recordings, performances, or full-scale productions. So in the interest of casting light on his works — and in advance of Chicago Phil’s performance of the Afro-American Symphony — we asked Judith Anne Still to share her favorite five works by her father, William Grant Still.

This opera, whose libretto is by Verna Arvey, contains an aria, “Golden Days,” which Still glows is “drop-dead gorgeous.” She also hails an “Ave Maria” featured in the opera as some of his most beautiful music.

“It’s so vital not just because of the music, but because of the place that the Haitian slave revolution held in American history,” Still says of the opera composed by her father with a libretto by both of her parents.

3. Mother and Child from Suite for Violin and Piano

Still shares that the whole suite, and especially the second movement, is currently the most in-demand of her father’s work.

Summerland is orchestrated for many different instruments, giving the piece breadth and flexibility for different performers.

“A huge favorite; there’s never a time they play it that the audience doesn’t go wild.”

This interview has been lightly edited for length and clarity. This piece has been updated to include more information about Judith Anne Still.

Decade in Review: The 2010s and Classical Music
Musical Tails: 6 Composers Who Wrote Music for Pets
In the Age of the Visual Album, What Can Opera Learn from Beyoncé?
How Classically Trained Navajo Pianist & Composer Connor Chee Weaves His Sound
Grammys 2022: See All the Classical+ Nominees (And Winners)
Capturing the Chevalier, One of the Most Remarkable Stories in Classical Music