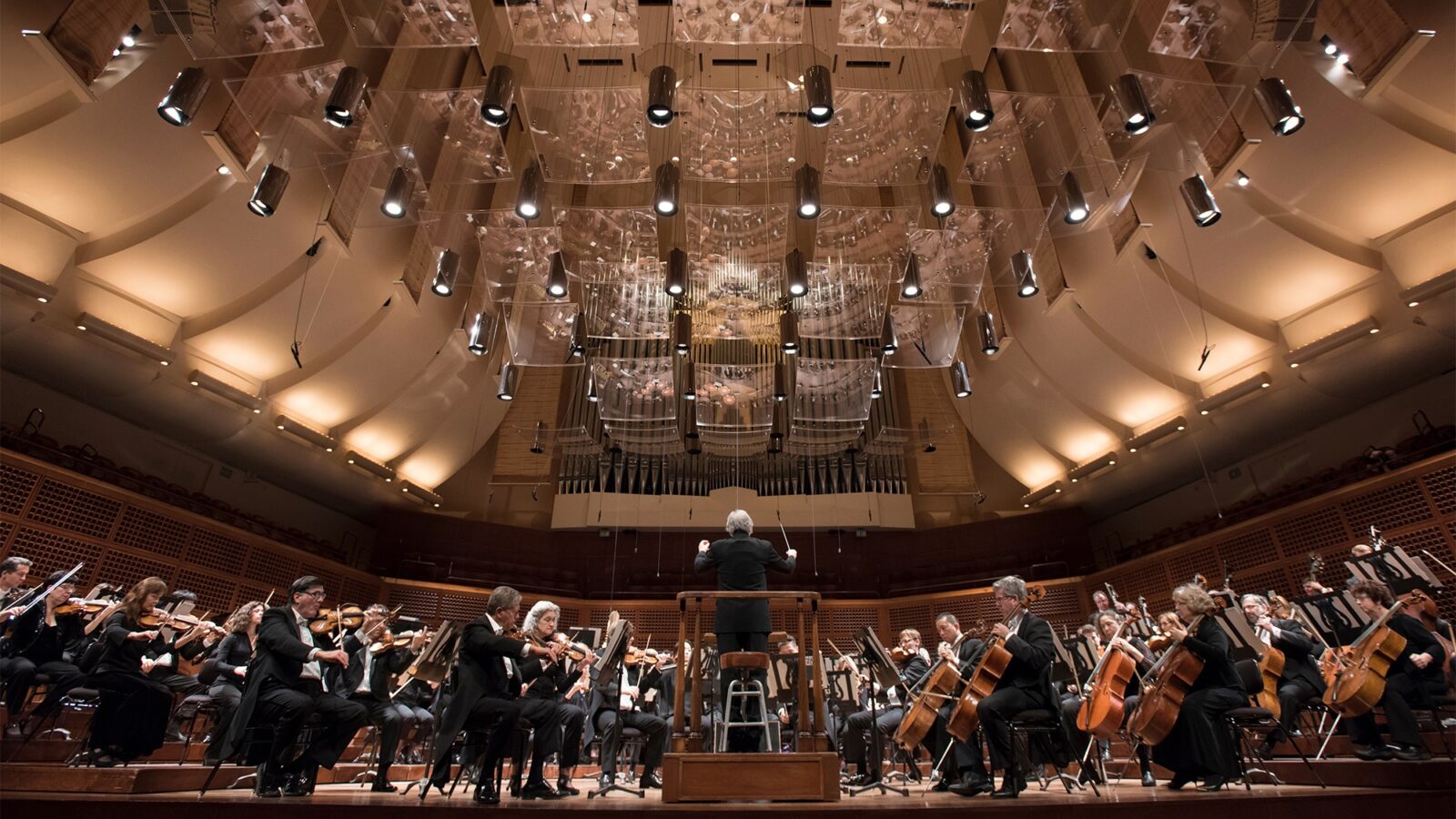 Since its beginning in 1911, the San Francisco Symphony has been known for innovative programs that offer a spectrum of traditional repertory and new music. Today, the orchestra’s artistic vitality, recordings, and groundbreaking multimedia educational projects carry its impact throughout American musical life. Under Michael Tilson Thomas, music director from 1995 to 2020, and Esa-Pekka Salonen, music director since 2020, the orchestra has been praised for its musicianship, for innovative programming, for bringing the works of American composers to the fore, and for bringing new audiences into Davies Symphony Hall.

The NY Phil music director is on the West Coast to conduct the SF Symphony and principal clarinet Carey Bell in music of Wolfgang Amadeus Mozart and Anton Bruckner.

SF Symphony music director Esa-Pekka Salonen conducts one of his own compositions plus works by Maurice Ravel and Igor Stravinsky.

The esteemed conductor leads a performance of two symphonies.

The esteemed conductor leads a performance of two symphonies.

Music by Mozart and Bruckner.