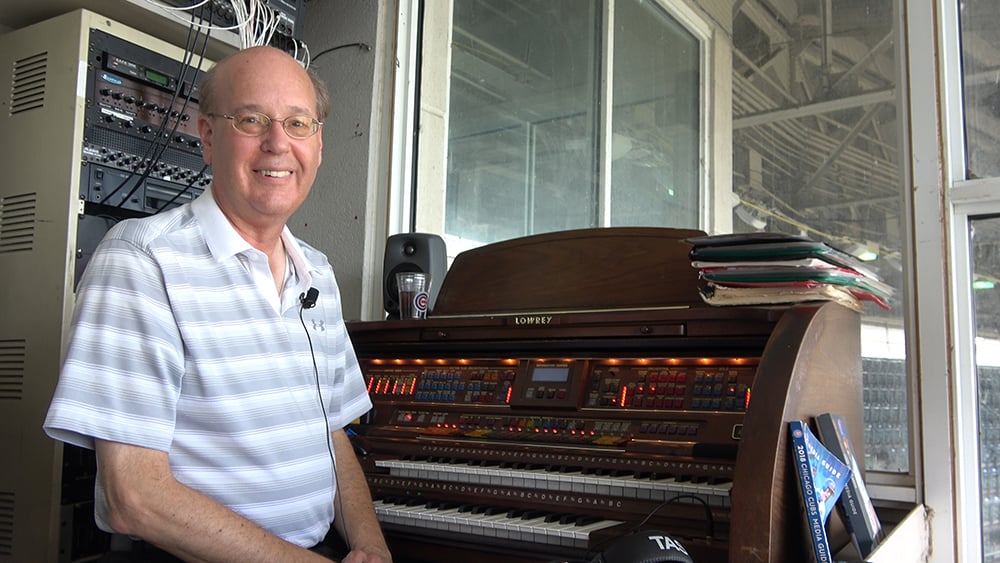 Organist Gary Pressy sits at the Lowrey organ at Wrigley Field, home of the Chicago Cubs

Wrigley Field, home of the Chicago Cubs, remains the oldest standing National League ballpark that preserves its original features, including ivy-enveloped fences in the outfield, a manually-operated scoreboard, and one of the only remaining organs in a National League ball park. In fact, the Cubs became the first Major League Baseball team to feature live organ music in 1941.

Gary Pressy, a Chicago native, attended his first game at Wrigley Field in 1964, a year or so after he started studying the organ at age 5. “I've always loved music and I've always loved baseball,” he said sitting behind the Lowrey organ station high above the field. “It’s a nice way to combine the two, because I learned at an early age that I couldn't hit a fastball. So something to get involved with both baseball and playing the organ was the thing to do.” 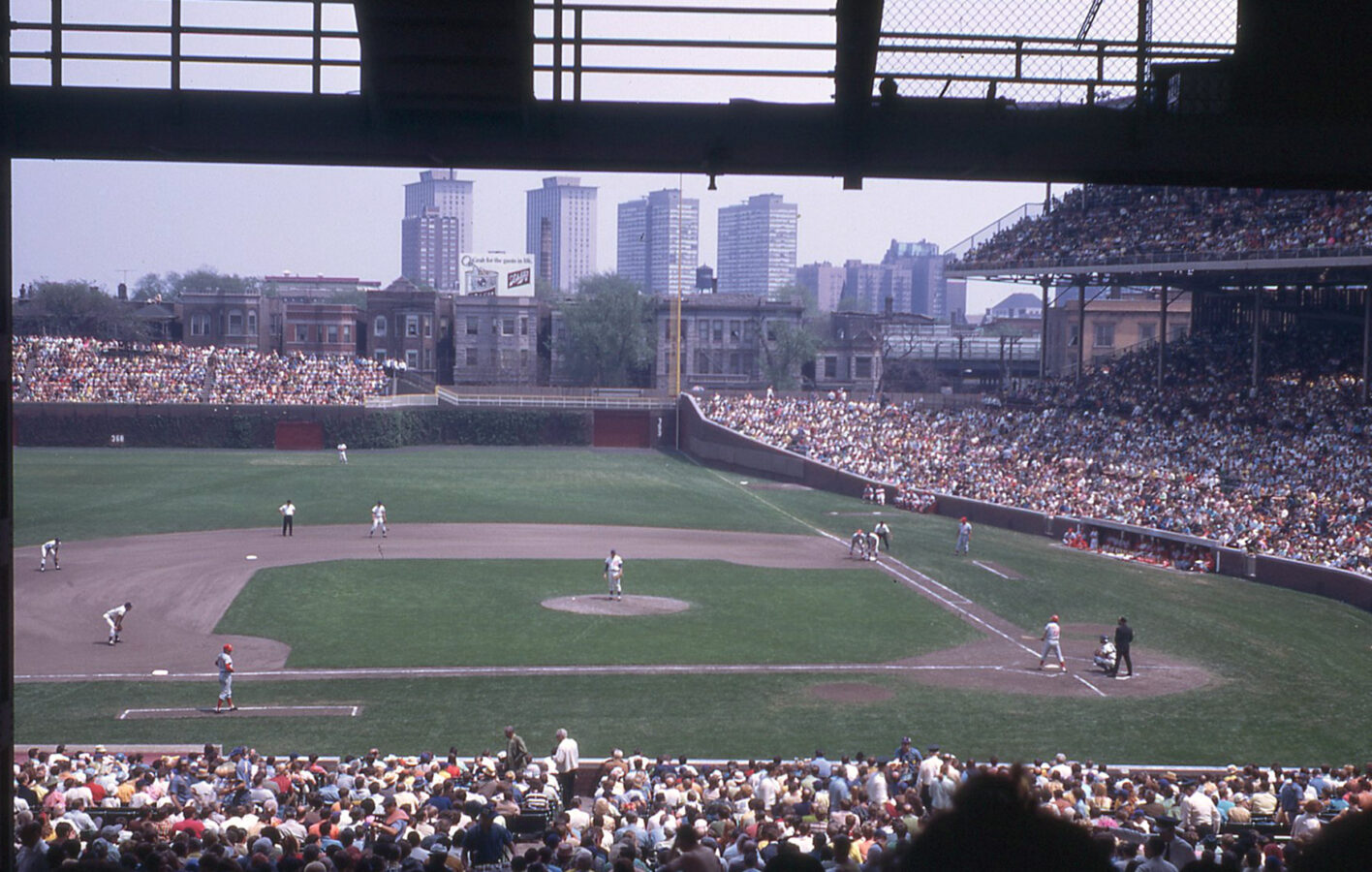 Pressy came to his first Cubs game in 1964. A glimpse of the Wrigley Field of that era, seen here in 1970 in a Cubs home game against the Cincinnati Reds. (Photo: Blake Bolinger, CC BY 2.0, via Wikimedia Commons)

After graduating from high school, Gary was eager to work as an organist at sporting events.  “In the old days, you sent out a resume: handwritten resumes or typed resumes,” he said. After playing at games for Loyola University, DePaul University, and the now defunct Chicago Sting, he finally got a chance to play at Wrigley Field. Pressy filled in for the final three Cubs games of 1986, and was offered the job permanently on April Fools’ Day of 1987. He said that on opening day in 1987, "My friends gave me well wishes, a bunch of cards, flowers. It was a nice welcome. The fans here at Wrigley are great – they took me right in right away and they've been great through all these years.”

“When something happens on the field, I may play something that reflects what's going on, it's pretty cool. Of course, pre-recorded music, you don't have the song to fit that. You just can't do it,” he emphasized.
“I'm blessed with a good ear and I play lot of times what's happening on the field, trying to coordinate it with the music.”

Gary enjoyed playing “Take Me Out To The Ballgame” during the seventh inning with sports broadcast legend and longtime Chicago Cubs announcer Harry Caray. He’s played that tune literally over thousands of times. Other classics you’ll hear him play at the park include “Hey! Hey! Holy Mackerel.” “Of course I'll do 'Go Cubs Go' when the Cubs win,” he said with a smile. But he also plays “all songs from the Big Band era up to the present. Lady Gaga’s 'Poker Face' is one of my favorites. 'Hot N Cold' by Katy Perry is one of my favorites. There are songs from the 1960s and '70s that I enjoy playing.” 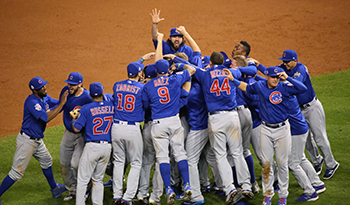 The organ, Pressy says, is “a staple. It's a tradition here at the ballpark. The organ means just as much as the vines and the big scoreboard. You ask any person that comes to a game at Wrigley Field, and they say it's basically like a cathedral due to the fact of the music and the ambience that we have here at Wrigley.”

Out of his more than 30 years playing for the Cubs, one of his favorite memories was when the team won of the 2016 World Series. “The parade after the Cubs won the World Series was unbelievable. I was fortunate to play the organ on the stage at Grant Park. Very awesome. It was a sea of humanity there. It was great. The 1990 All-Star Game, which we had here at Wrigley Field, was a special one. And of course, all of the division titles that we've had throughout the years.”

Though Pressy is usually found behind the keys, he’s also been known to use his own pipes to make music at Wrigley. “I've been, I don't know, if fortunate or unfortunate, to sing to stretch twice: for my 2,400th game and 2,500th game. I'll also be doing it for my 2,600th game on September 26 of this year. And that would be consecutive games also.”

Meet Organist Lori Moreland, One of the Chicago White Sox’s Most Valuable Players
Video: Renée Fleming’s Best Advice for Young Singers To Succeed in Opera Today
6 Times Orchestras Scored at Major Sporting Events
Joyce DiDonato: "Without the Arts... Children May Turn To Anger and Violence"
Batter Up! 10 Tunes to Enjoy Between Baseball Innings
The Single Most Important Piece of Advice Cellist Yo-Yo Ma Has for Young Musicians Today