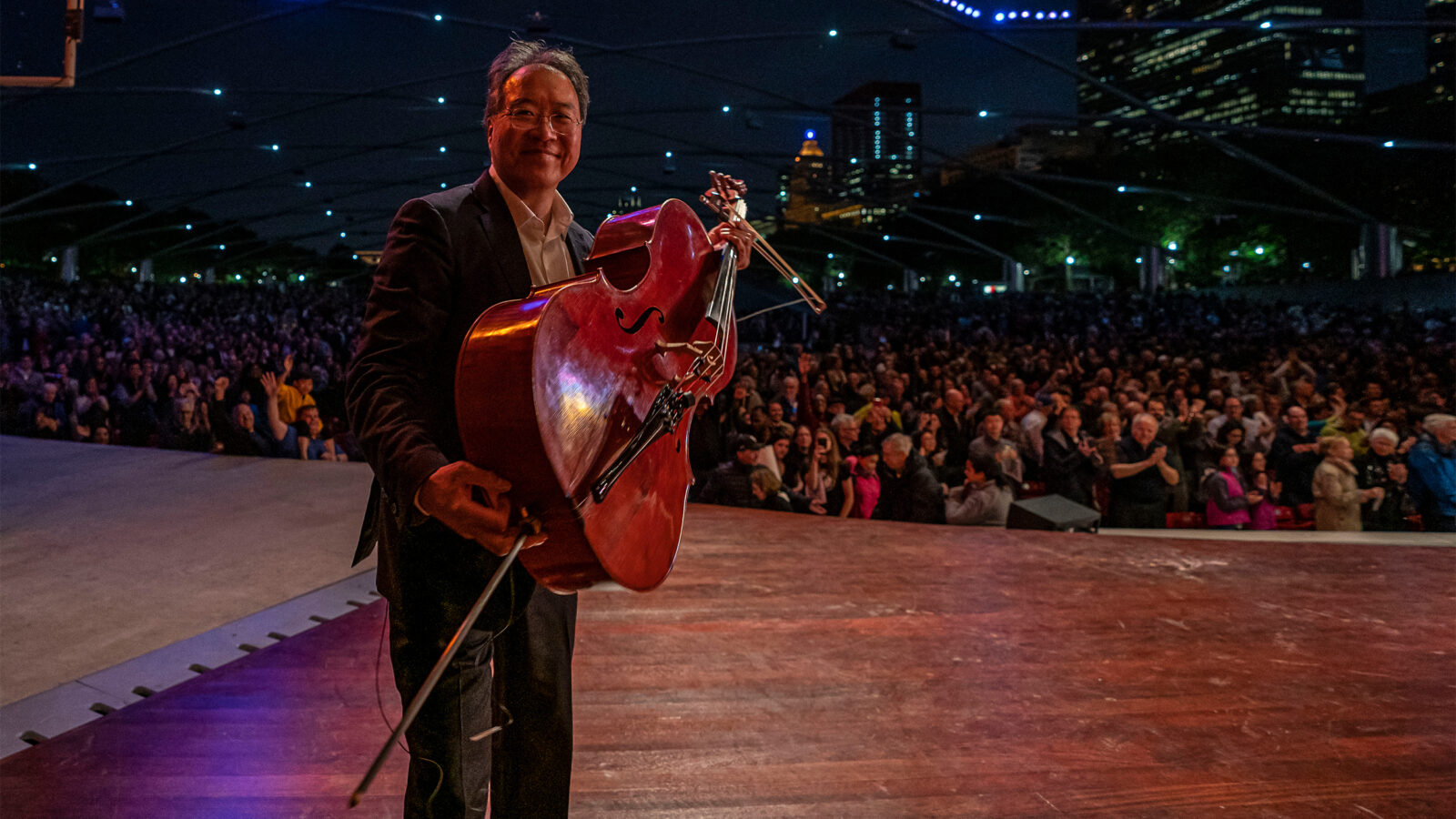 Even though the evening of Thursday, June 20 felt more like autumn than summer, the cool weather did not deter thousands from attending cellist Yo-Yo Ma’s performance of Bach’s six cello suites at the Jay Pritzker Pavilion in Millennium Park.

The free concert, presented by the Chicago Symphony Orchestra Association in partnership with the Chicago Department of Cultural Affairs and Special Events, was one of Ma’s performances of his Bach Project. Ma seeks to explore how “culture connects us” by performing Bach’s famous works for cello in 36 locations around the world, including Vienna, Sydney, Athens, and Mumbai.

The massive audience in Millennium Park was hushed for nearly two-and-a-half hours as Ma, the CSO’s Judson and Joyce Green Creative Consultant, performed all six of Bach’s cello suites passionately and athletically. Even the wailing ambulances during the Allemande movement of the Suite No. 2 did not distract Ma — he just smiled and continued to play.

As Ma explained to the audience, Bach’s cellos suites have served as “a sanctuary for [him in] good times and less good times.” He added that, in his nearly six decades playing the suites, he’s learned that this music “is not about getting it ‘right’ — it’s about getting in the right state of mind.”

Ma captured a Chicago state of mind by dedicating Suite No. 3 to the Windy City since the piece is “the most celebratory” of the suites. He also dedicated Suite No. 5 to “all of the people and families who have lost loved ones,” and shared that performing and listening to this music is “one way that healing can take place.” At the conclusion of the suites, Ma stated, “One of the things I love about this town is the way you try and take care of young people.”

As a surprise, genre-bending encore, Ma performed Survivor’s “Eye of the Tiger” with guitarist Jim Peterik and young musicians from Little Kids Rock. Ma even improvised his solos in the arrangement by playing his cello behind his head, mimicking Peterik’s flashy guitar moves.

At the end of the night, Ma thanked the audience for “sharing this moment,” and to the young musicians for “[taking] us further, getting our empathy, imagination, and curiosity going.” 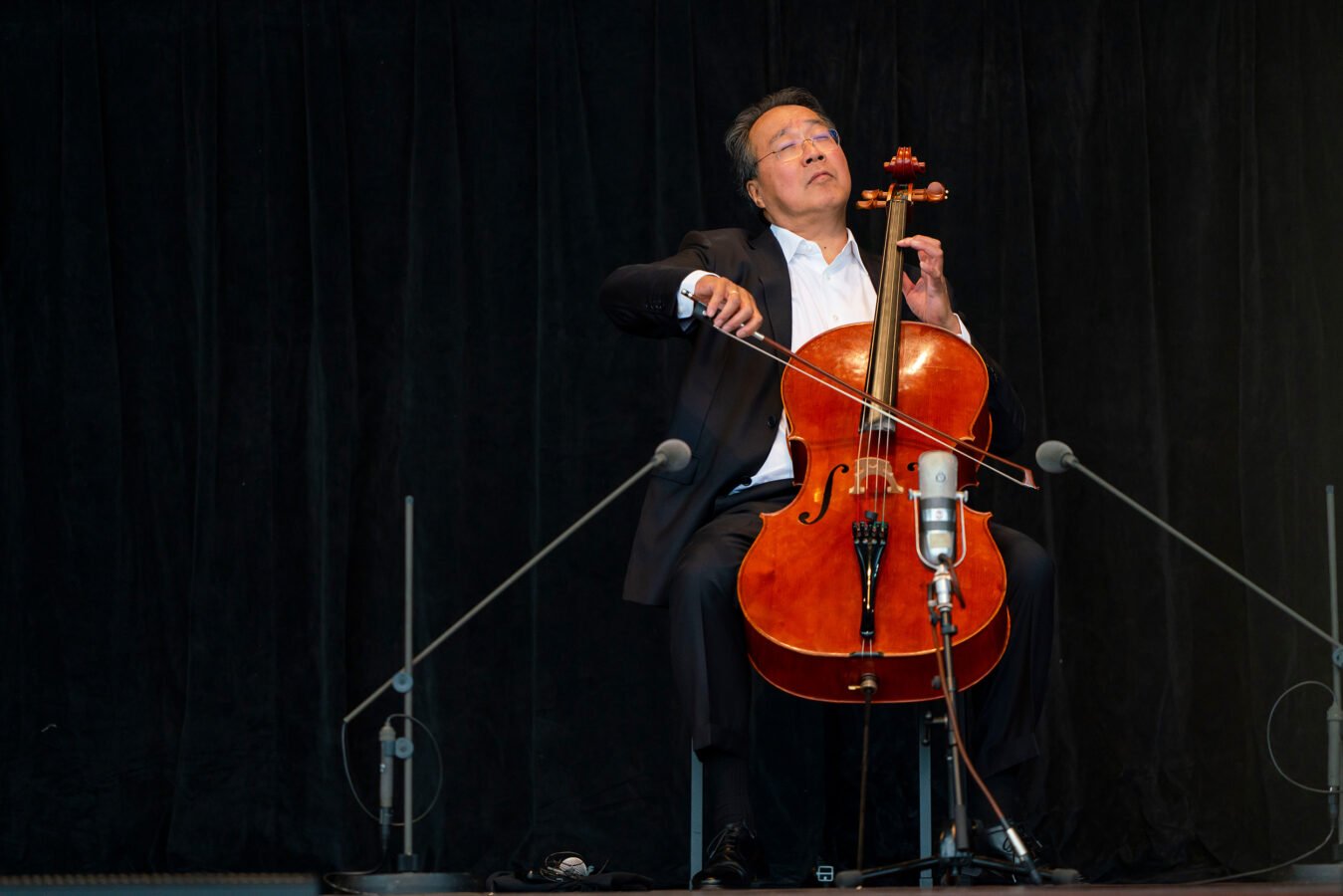 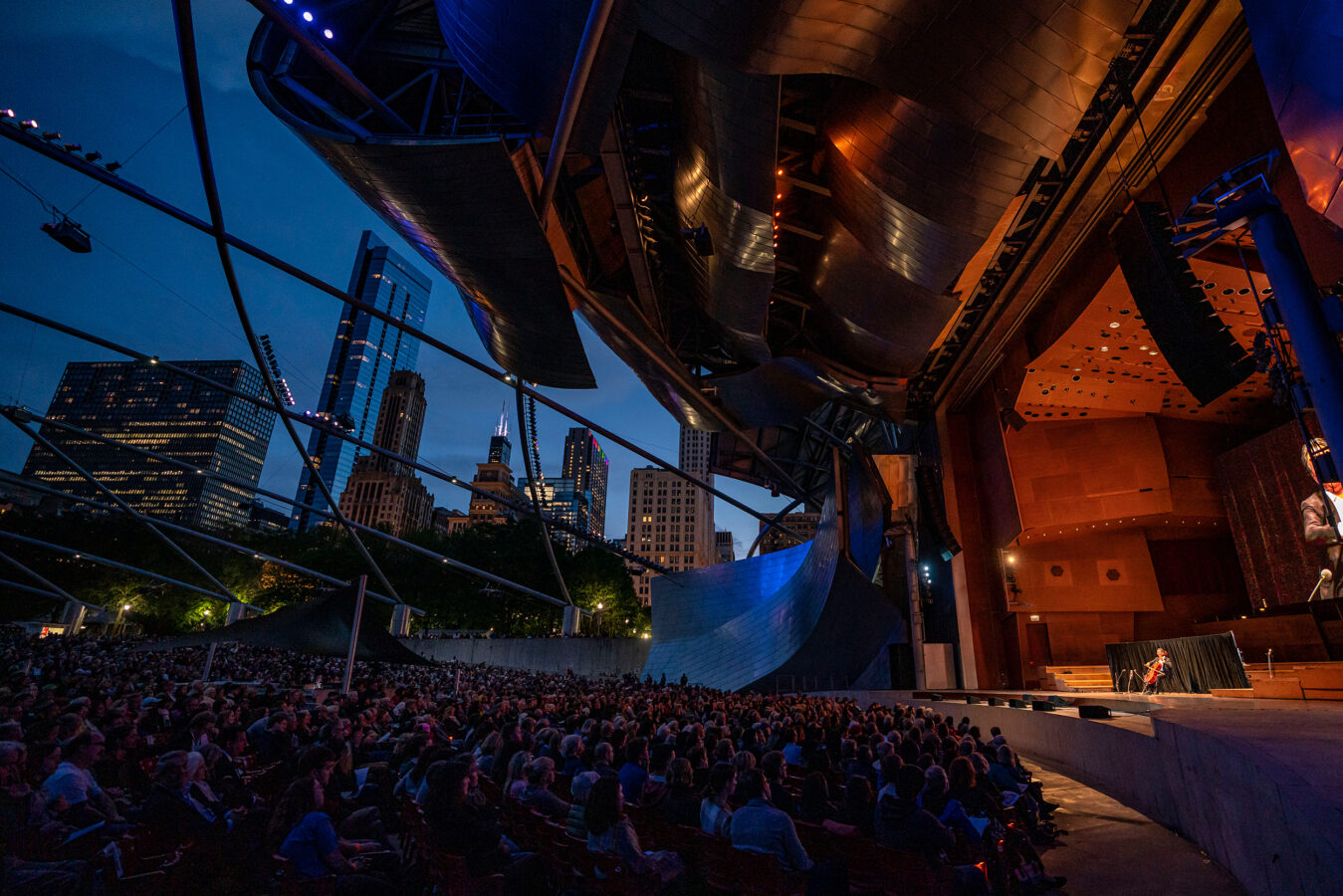 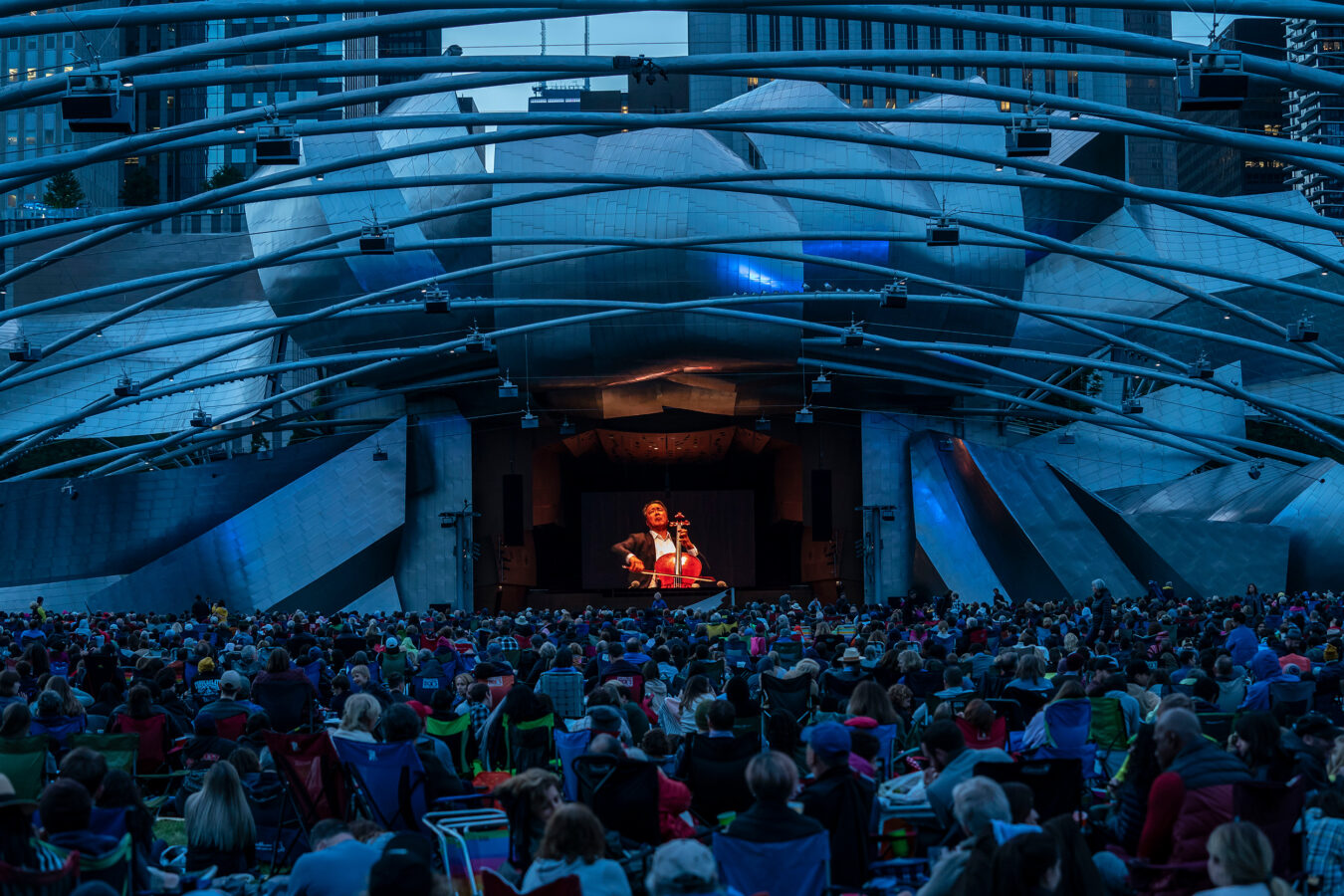 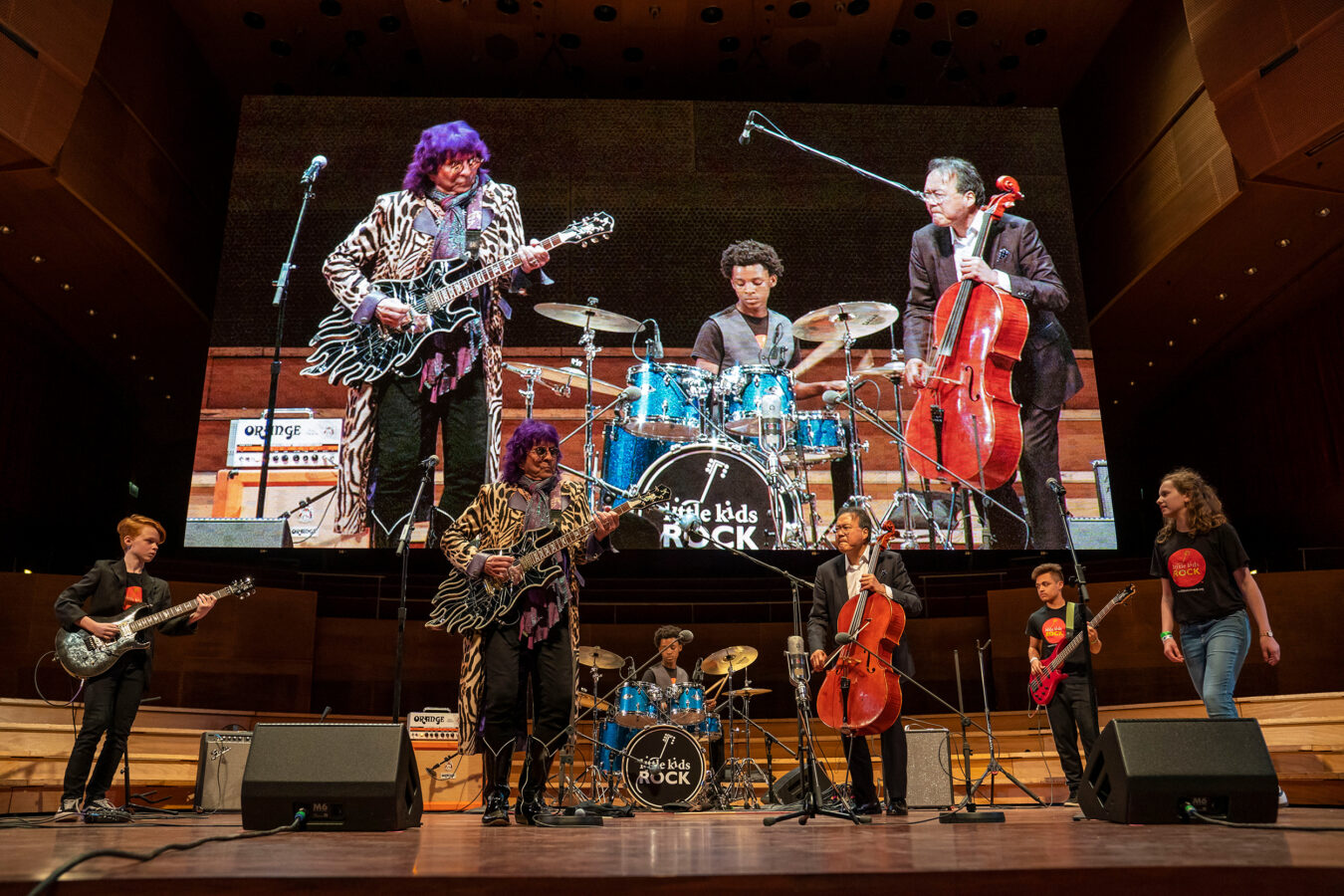 LISTEN | Late critic Andrew Patner celebrated during panel featuring Riccardo Muti and Alex Ross
In His Return, Daniel Barenboim Reflects on What Chicago Has Meant to His Career
Riccardo Muti Releases New Book (But You Have to Know Italian to Read It)
The Single Most Important Piece of Advice Cellist Yo-Yo Ma Has for Young Musicians Today
Riccardo Muti Conducts CSO, Civic in Free 'Concert for Chicago'
Chicago Symphony Orchestra Announces 2019-2020 Season