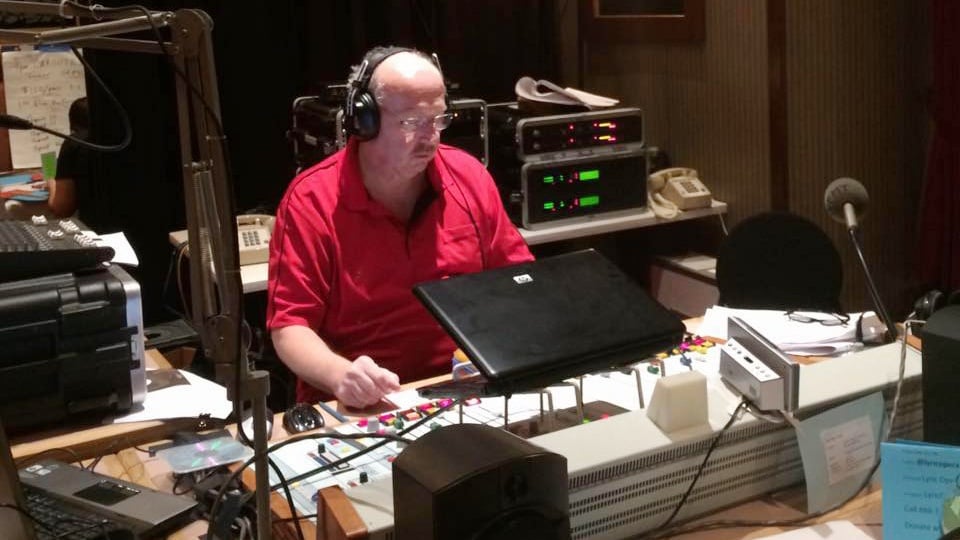 The name Don Mueller probably isn’t well known to many WFMT listeners. As director of operations, he worked behind-the-scenes, responsible for quality assurance and distribution of syndicated programming, maintenance of satellite uplinks between WFMT and network syndicates, and directing live broadcasts, like Lyric Opera of Chicago’s Operathon, the North Shore Chamber Music Festival, Make Music Chicago, and many others. He did all of this, and more, with a smile on his face.

The only thing he loved more than working for WFMT was his family, whom he talked about often.

Don lived in the Chicago area most of his life. He grew up on a small farm west of Aurora, went to technical college nearby, and worked for Wurlitzer for a time before co-owning and managing a recording studio in the early ’80s. Don began working for WFMT in 1986 as a distribution assistant, sending huge reel-to-reel tapes out to our affiliates. He soon worked his way up to distribution manager and eventually director of operations for WFMT. When he retired in early 2016, he fulfilled his dreams of owning an RV and settling down in the Tuscon area.

In the Age of the Visual Album, What Can Opera Learn from Beyoncé?
Decade in Review: The 2010s and Classical Music
Lyric Announces 2021-22 Season With 'Magic Flute,' 'Macbeth,' Mazzola
Enrique Mazzola on Returning to the Stage, Taking the Reins at Lyric
'The reach is exponentially larger': How Kamala Sankaram Brings New Audiences, Stories to Opera
Lyric Returns With Free Star-Studded Virtual Gala