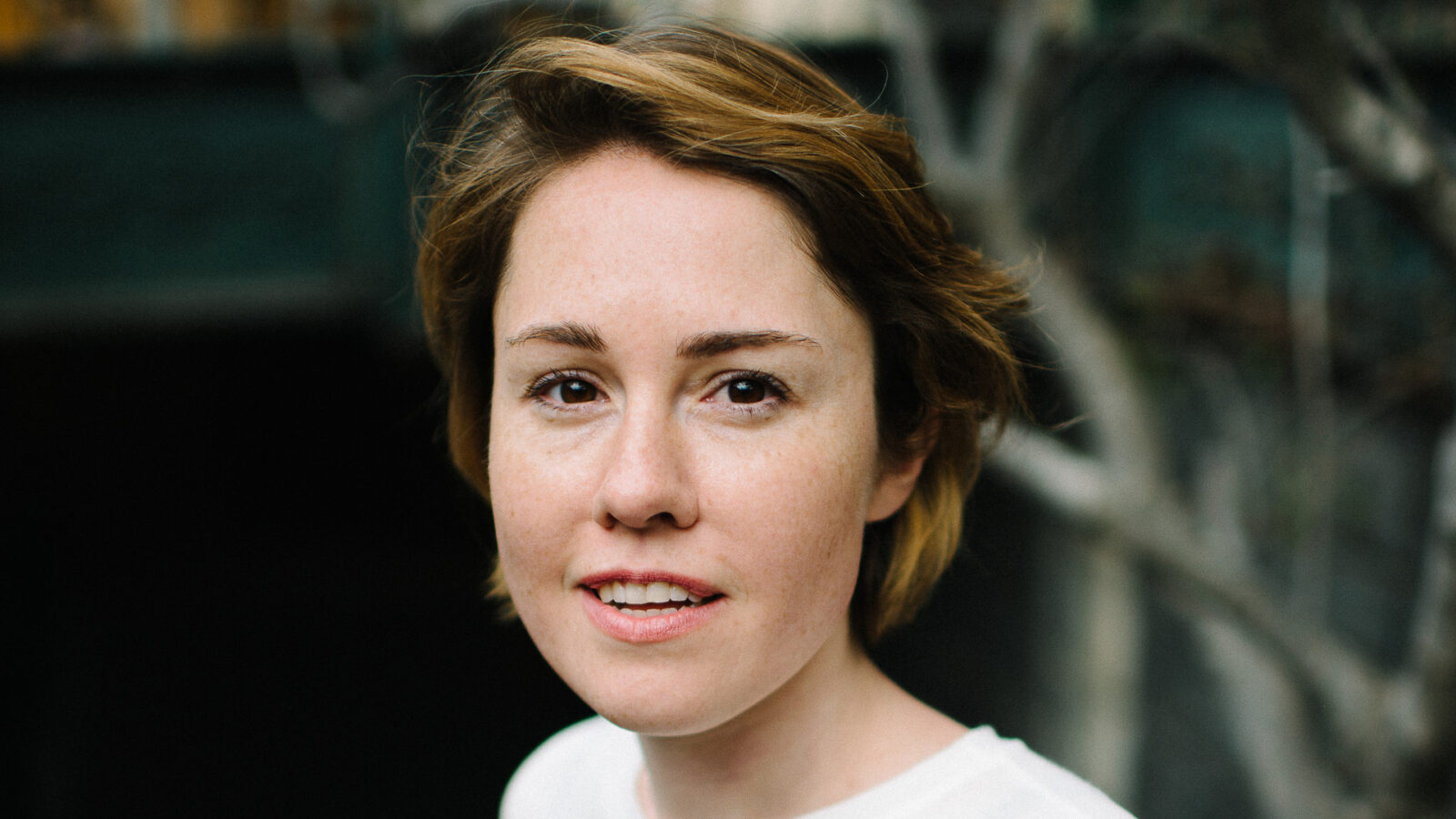 “For centuries, millennia, we humans have looked at the stars and wondered about our place in the universe and what’s beyond. That’s what I wanted to dig into,” reflects musician-composer-producer Caroline Shaw on her latest work, The Listeners, a commission by the Philharmonia Baroque Orchestra. “It’s a piece about the wonderment of the human condition and actually looking inward at ourselves as people and thinking about whether we are truly kind to each other.”

In Shaw’s greatly accomplished career, she has been commissioned by Carnegie Hall and the St. Paul Chamber Orchestra, collaborated with rapper-producer Kanye West, and won a Pulitzer Prize for Music for her piece Partita for 8 Voices. But some of Shaw’s most recent work has come from her fruitful collaborations with the Philharmonia Baroque Orchestra, which form the new album PBO & Caroline Shaw. The record features both of Shaw’s PBO commissions to date. The first, entitled Is A Rose, sets poems from the 18th and 21st centuries to music, bridging the Baroque and contemporary eras.

It is a different form of connecting that takes place in The Listeners; in it, Shaw turns her gaze to the essence of being human as an individual, as a community, and as a planet.

The Listeners begins with selections by Whitman, Tennyson, and Drummond. In a quoted selection, Whitman exclaims, “Let your soul stand cool and composed before a million universes.” The texts themselves form a lyrical roadmap for an interstellar journey pondering our place in the universe. A recording of a Sagan lecture makes up part of the piece, too says Shaw, “He talks about Earth as this ‘pale blue dot,’ and he implores us to be kinder to each other.”

Sagan makes another appearance in the piece; Shaw included the message that he delivered the Golden Record, which in the most general terms inspired the piece; the cosmic travel theme being the launching point for us to explore humanity within ourselves. Sagan’s is not the only welcome. Embedded in the work is a panoply of greetings across world languages, as once again, the celestial serves as a launching point to explore humanity within ourselves. In what the composer calls the turning point and the crux of the piece, she uses “a poem by Yesenia Montilla called ‘Maps.’ [In the poem], from the perspective of outer space,” Shaw explains, “You look back at Earth, look at our borders, and who we are. It’s about trying to exist and then recognizing ways in which we can help others to exist.”

Both Is A Rose and The Listeners premiered this past October at the Herbst Theatre in San Francisco. “Before March, people got in a room together and listened, sang, and played music,” reminisces Shaw. “There’s something about quarantine-times which has made me really think about why we make music, which is also a question of the piece The Listeners. Why do we create things? Why do we record it? What is it for? What happens to us after we’re gone? For me, if there’s anything I can say about my music, it’s that I write it for people to be together, which makes these past months particularly difficult. I think there’s something really beautiful about making music in a room together and I hope we are able to do that again soon.”