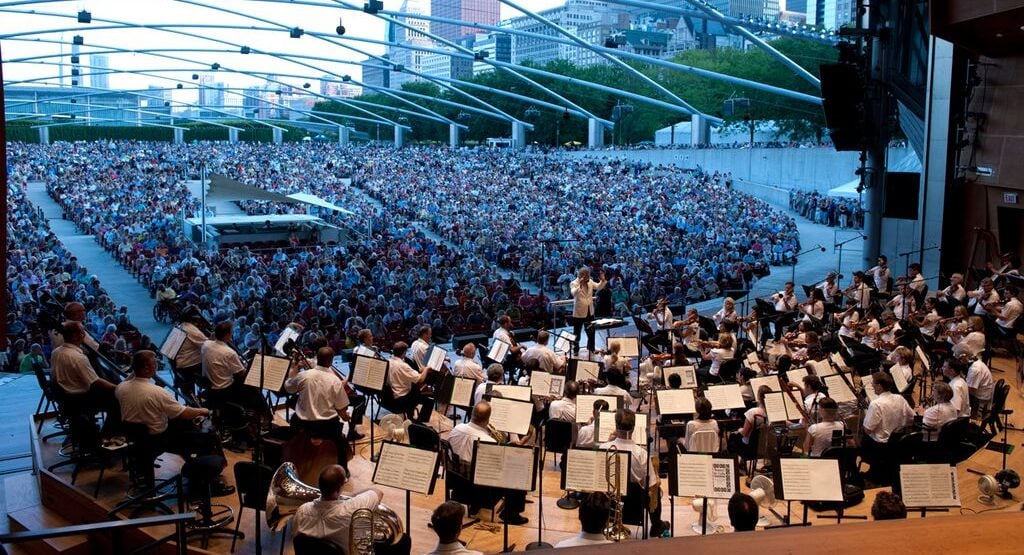 In conjunction with Chicago’s ongoing reopening, the Grant Park Music Festival today announced its entire season will offer full-capacity seating, and will not require prior reservations, which had been the policy when the festival’s season was first announced last month. As with pre-pandemic years, there will be free seating open to the public both within the Seating Bowl and Great Lawn.

The festival also made two other announcements ahead of its July 2 opener. Firstly, guest artist Masumi Per Rostad will now perform Margaret Brouwer’s Viola Concerts in his July 16 and 17 recitals. He had previously been slated to give the world premiere of L.E.S. Characters by CSO composer-in-residence Jessie Montgomery. The second development was the announcement that Festival HD, the festival’s multimedia supplement to the in-person concerts, will continue this year with video and graphics visible on screens at the Pritzker Pavilion.

For more information, visit grantparkmusicfestival.com. Visit this page for details on WFMT’s series of live broadcasts from the festival.