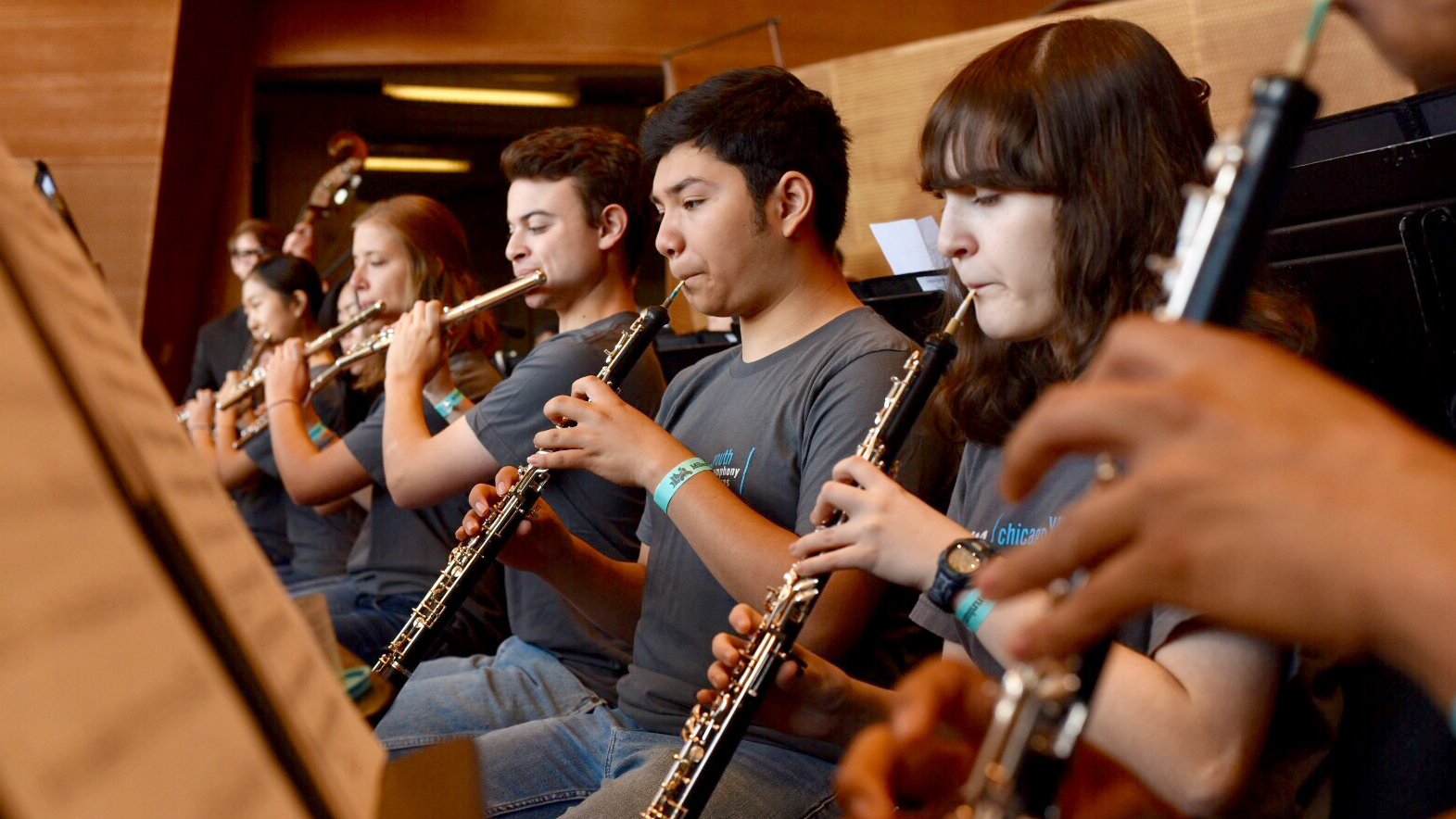 On Saturday’s broadcast, we feature junior and senior division finalists from the Chicago Duo Piano Youth Competition. The competition was held on Saturday, June 3 and Sunday, June 4 at Nichols Concert Hall in Evanston. For more information about the competition and the Music Institute of Chicago, please click here.

On Saturday’s encore broadcast, we feature the Astera String Quartet of the Academy at the Music Institute of Chicago. To listen to this program again, please click here.

On Saturday’s broadcast, we feature the second of two programs highlighting finalists from the 2017 Emilio del Rosario Piano Concerto Competition. This program features the finalists of the senior division. The final round of the competition took place at the Studebaker Theater in the Fine Arts Building in downtown Chicago on Saturday, May 6. The competition honors the legacy of renowned ...

On Saturday’s broadcast, we feature the first of two programs highlighting finalists from the 2017 Emilio del Rosario Piano Concerto Competition. This program features the junior division finalists. The final round of the competition took place at the Studebaker Theater in the Fine Arts Building in downtown Chicago. The competition honors the legacy of renowned pianist and pedagogue Emilo del ...

On Saturday’s program, we feature two recent graduates of Niles North High School in Skokie: 18 year old violinist Robert Sanders and 17 year old cellist David Caplan. Robert and David have known each other since middle school, and they have performed together for numerous years. Recently, Robert and David won the Gold Medal with their quartet, Quartet Bellezza of ...

On Saturday’s broadcast, we feature 17 year old flutist Tessa Vermeulen. Tessa is a senior at York Community High School in Elmhurst and has studied flute for 7 years. She currently studies flute with Hideko Amano. Tessa was a finalist at the Crain-Maling Foundation Chicago Symphony Orchestra Concerto Competition, and she was also awarded top prizes at the Walgreens National Concerto Competition, Senior Open Division ...

On Saturday’s program, we feature selections from the Chicago Youth Symphony Orchestra (CYSO) and the National Youth Choir of Scotland’s (NYCoS) July 4, 2016 performance at Millennium Park in downtown Chicago. In this encore broadcast, we feature patriotic music, as well as popular American and Scottish music. Christopher Bell, Artistic Director of the NYCoS, led the orchestra and choir. For more ...

On Saturday’s live broadcast, we feature 18 year old clarinetist Amer Hasan. Amer is a senior at Carl Sandburg High School and will be attending Oberlin Conservatory of Music as a student of Richard Hawkins in the fall. He currently studies clarinet with Dr. Bonnie Campbell, and he previously studied with Jim La Mantia. Amer’s awards include first prizes at ...

On Saturday’s live broadcast we feature 13 year old pianist Emily Cho. Emily is a 7th grader at Margaret Mead Jr. High School and studies piano with Brenda Huang. Emily started to play piano when she was 7 years old and when she was 9 years old, Emily made her solo concert debut at the Chicago Public Library, Cindy Pritzker ...

On Saturday’s live broadcast, we feature 17 year old flutist Jennifer Yu Wang. Jennifer is a junior at the University of Chicago Laboratory Schools and has studied flute with Susan Levitin for 8 years. Jennifer’s awards include being a winner of the senior division at the 2013 Chicago Flute Club and also being a winner at the 2016 DePaul Youth ...

On Saturday’s program we highlight winners from the 2017 Midwest Young Artists (MYA) Conservatory Concerto Competition at Pick-Staiger Hall in Evanston. The featured winners include pianist George Dalianis, a sophomore at Maine South High School and violinist Karisa Chiu, a home-schooled senior in high school. Both George and Karisa performed concertos along with the MYA Symphony Orchestra, under the direction ...

On Saturday’s live broadcast, we feature 18 year old violist Kayla Cabrera. Kayla began her music studies at age 13. She is currently a scholarship fellow at the Academy of the Music Institute of Chicago, where she studies with Roland and Almita Vamos. She is also principal viola of the Chicago Youth Symphony Orchestra. She has had several solo engagements at ...

On Saturday’s live broadcast, we feature student chamber groups from the Merit School of Music in anticipation of Performathon, the school’s annual fundraiser that takes place February 24 and February 25. The fundraiser helps ensure that the Alice S. Pfaelzer Conservatory stays tuition-free for music students. The first ensemble we’ll feature is the KGT Woodwind Trio. The trio recently won ...

On Saturday’s broadcast, we feature the Chicago Youth Symphony Orchestra (CYSO) in selections from their November 20, 2016 concert at Symphony Center in downtown Chicago. The orchestra is celebrating its 70th season.

On Saturday’s broadcast, we feature the Chicago Youth Symphony Orchestra (CYSO) in selections from their November 20, 2016 concert at Symphony Center in downtown Chicago. The orchestra is celebrating its 70th season.

Today on Introductions, we hear from four departing seniors from the flagship group of Chicago Youth Symphony Orchestras, all featured as soloists.

Today we feature flute player Hanna Choi before she heads off to U of I.

LIVE | Introductions in the Community at Navy Pier

Join us on the radio or in person for Introductions in the Community – Live from Navy Pier. The Incendio Saxophone Trio and brothers Louis & Henry Auxenfans bring a range of lively music to the outdoor Lake Stage in Polk Bros Park, hosted by Robbie Ellis. Lawn seating is available: bring your picnic rug! If you can’t make it ...

This week on Introductions, the flagship group of Chicago Youth Symphony Orchestras performs Gustav Mahler’s Symphony No. 1, the Titan. This was recorded on May 22, 2022 in Orchestra Hall in downtown Chicago.