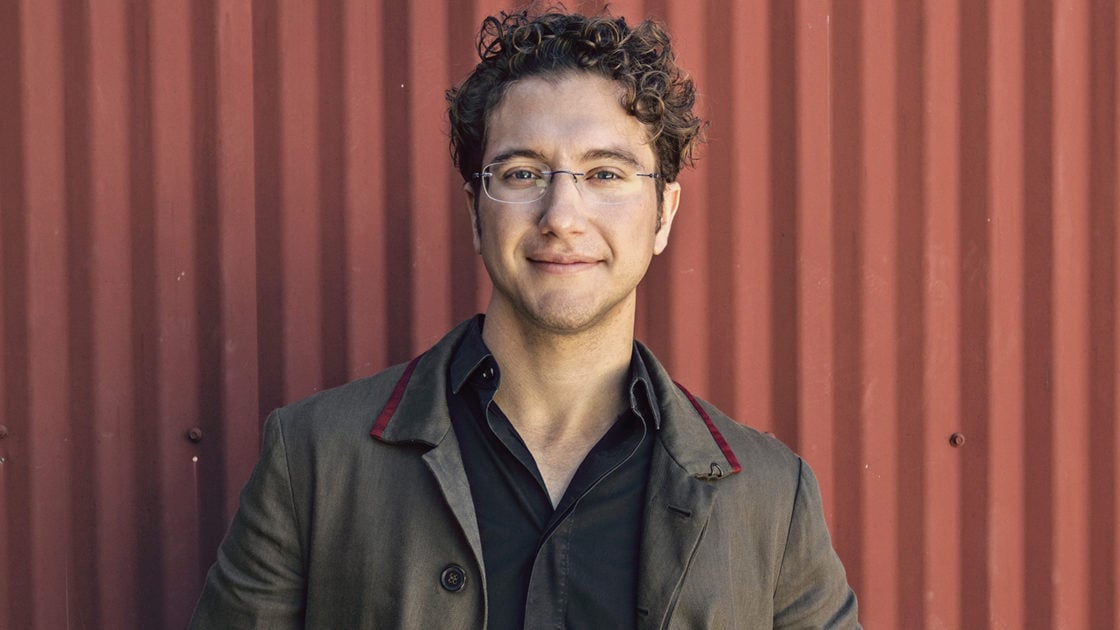 The classical crossover is not a new phenomenon, but it certainly is on the rise. In the 20th and 21st centuries, classical music has seen a boom in music that blends genres. But the word “crossover” does imply that these genres were never meant to converge, which is wrong. Throughout the history of classical music, great work has developed from such intersections. Think Aaron Copland’s use of Mexican folk dances in his El Salón México, Maurice Ravel’s jazz references in his violin sonatas, or the Romani “Csárdás” of Johannes Brahms' Hungarian Dances.

But today, many crossovers can be seen as trivial or even cheesy. Sometimes, critics decry crossovers, saying they lack imagination or are formulaic transpositions. But there are many examples of successful genre-melding, and WFMT has curated a playlist of some of the most impressive crossovers below.

An ambitious recent entry in the crossover catalog is the collaboration between composer and Louisville Orchestra music director Teddy Abrams and indie-rock artist and Louisville native Jim James of My Morning Jacket. Together, they created the symphonic suite The Order of Nature, which appears on the duo’s album of the same name with the Louisville Orchestra.

WFMT spoke with Teddy Abrams about the undertaking of the classical crossover, the creation of The Order of Nature, and the future of classical music.

WFMT: Where did the idea of this collaboration come from?

Teddy Abrams: When I got to Louisville [in 2014], one of the first things I wanted to learn was, who are the big musical icons in the city. Who is representing the musical scene and has brought influence to the rest of the country? And Jim’s name comes up at the top of that list.

I’d just started my job [as music director] and a lot of what I was doing was building a coalition of people from all walks of life who could get behind the orchestra. It was important to me to find support from non-classical musicians and for them to see the orchestra as a platform on which they could participate. The orchestra had suffered from the perception that it wasn’t for anybody except for the people who were already going.

I felt like this collaboration would be a perfect opportunity for these forces to all come together. And Jim was very generous with an initial offer to collaborate. [For this collaboration,] the Louisville Orchestra brought in a string quartet to Forecastle, which is the big rock festival in town. The quartet played a set with My Morning Jacket at their headlining performance, and that was a huge opportunity with 50,000+ people hearing it. After the success of that we said, “Let’s do something big!”

WFMT: What do you think are some of the pitfalls of crossover collaborations like these? How did you avoid them?

Abrams: I think there were several things that made this [collaboration] different. A lot of times, when you get orchestral contributions to these kinds of albums there are only two ends of the spectrum. You either get full orchestra sound just backing up a non-classical artist with the typical sounds of the orchestra holding long notes, soaring strings playing big swells, or brass hits. But really, you’re not taking advantage of the orchestra's capability. Then on the other, you have these artists like Sufjan Stevens or Joanna Newsom who have done amazing stuff. But usually, that comes about only with smaller ensembles. You are missing out on what an orchestra can really do for you. Recording with a full orchestra in studio is often financially prohibitive and logistically challenging.

Jim James, Teddy Abrams, and the Louisville Orchestra perform
"Back to the End of the Earth" on The Tonight Show Starring Jimmy Fallon

I [wanted to] treat this as if I were orchestrating a Brahms song cycle for voice and piano. It wasn’t something that was set in stone and then we just colored it with strings and brass. It was really designed from the ground up. And since it is through-composed, that allowed me to do things that normally you don’t get to do with a smaller scale song. There is thematic material that I drew from Jim’s own songs.

WFMT: What was the process like arranging the songs that Jim James had already written?

Abrams: I loved it! Jim is a very open collaborator. Something Jim discussed was that a song at its core is kind of like a seed, and you can grow it however you want. You can grow it to be this huge tree, or you can prune it. Many of the songs he gave me were in demo form, just guitar playing chordal structures and voice. I could virtually go into any direction. I loved the songs he sent me and the fit with my own personal styles of composition, which range from neo-minimalist to outright jazzy. We also wanted to use a couple of his songs from his preexisting records that were already popular because that would tie it together in a new way.

I thought about all the lyrical content for each song as a duality of both little expressions in the arrangements and then contrasting expression. I find, as an arranger, if I try to be too literal and just describe what is exactly being said, you’re not going to get the full power of the orchestra idiom. You can get multiple layers of subtext, if you look beyond exactly illuminating a single word in music. 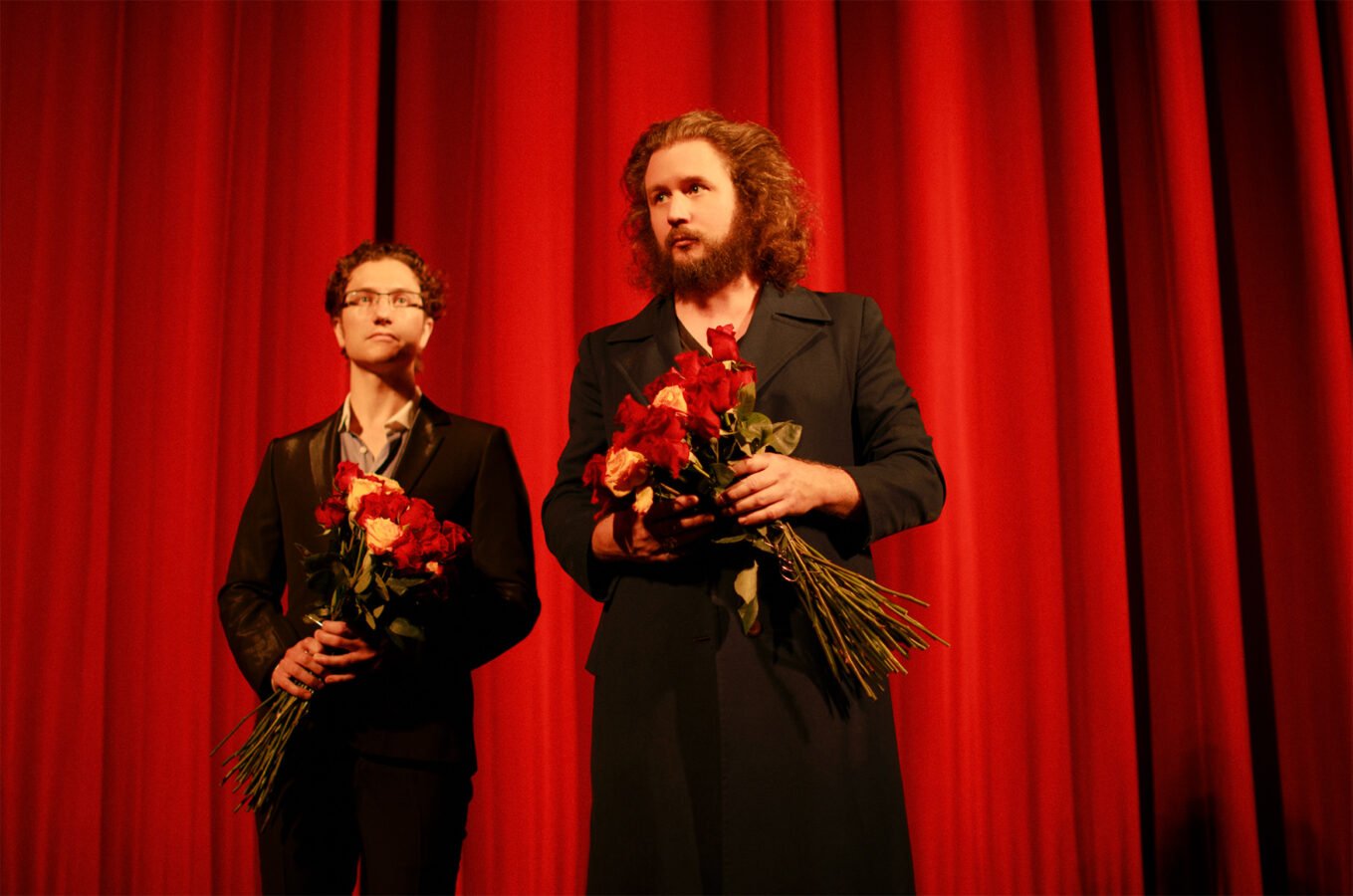 WFMT: Let’s talk about some of the other music on the album. How did the songs that Nina Simone made famous come to be on this album?

Abrams: Nina Simone was the ultimate 20th century multi-talent, who could walk in the classical and popular music worlds. She is a symbol for what we are trying to do with this record. Her timelessness comes from the fact that she was a truly thorough musician. And having a genuine classical musical education background and technique allowed for her to explore so many different directions. Nina had wanted to be a classical pianist, but sadly the world wasn’t ready for that, and other circumstances prevented her from having the classical career she should have had. She was able to meld the blues and Black music traditions with her classical skills. There isn’t anybody who plays quite like Nina because the classical technique gave her a uniqueness.

It is a little bit of a paradox that playing music by other people can give you access to a way of sounding like yourself. She is the best example of that. “Who Am I” is a Bernstein song that Nina famously interpreted, that we then reinterpreted on the album. Bernstein too came at music from the other angle. He was a classical musician who was always integrating the world around him. So, I think there’s a lot of nested symbolism in having those pieces on the album.

READ MORE: What if Nina Simone Had Been a Classical Pianist?

WFMT: What do you think is the best way to get a new listener into the concert hall?

Abrams: My thought is that the concept of the concert hall itself has to be constantly reimagined and rethought. It’s not just getting a new listener into the concert hall; it is getting an orchestra into a place where a listener is going to go. And I feel like the only way to find out the possibilities in the future is to experiment and try things and recognize there will always be things out of your control. It’s not always going to be perfect, and you have to be fine with that.

My approach is to question everything about the experience, question the internal experience. What are we asking of our musicians and conductor? How are we spending our time as artists? It can’t just be in the practice room or in the concert hall rehearsing or performing. For me, the holistic approach to a living musician in a city means connecting with that city and building personal relationships. You need a boots-on-the-ground approach. It’s not the advertising or the program or the awesome Facebook ad somebody did. It is if someone took the time shake a person’s hand and invite them to a concert. We have to be our own advocates.

Here's our curated classical crossover playlist! Tell us what you think in the comment section below.

For more information about The Order of Nature, visit deccagold.com. This interview has been lightly edited for clarity.