Yin and yang; past and present; pointe shoes and … sneakers? Contrast can make cohesion — just ask Joffrey Ballet artistic director Ashley Wheater. Speaking on the company’s latest program, a mixed-repertory presentation featuring five ballets, Wheater explains that sometimes “it is the contrast between ballets which is interesting…like the resonance between two complementary colors set side by side.”

Culminating in “The Times Are Racing” by choreographer Justin Peck, from which the program takes its name, the lineup features, as Wheater describes, “ballet, contemporary, comic, and a ‘sneaker ballet,’” set to a diverse musical palette.

Alongside Peck, other featured choreographers include Itzik Galili, who has two Chicago premieres on the program, Christopher Wheeldon, who choreographed Joffrey’s reimagined, Chicago-centric Nutcracker, and Chicago’s Stephanie Martinez, whose work, Bliss!, is a Joffrey commission.

Both Wheeldon and Martinez set their pieces to works of Igor Stravinsky. But you won’t hear anything like The Rite of Spring. As Joffrey music director and Chicago Philharmonic artistic director Scott Speck explains, these two neoclassical works — the Pulcinella Suite and the Dumbarton Oaks concerto — represent “a look back to the restraint and proportions [of classical music].”

This dialogue between past and present contributes to the performance’s throughline, conveying what Wheater sees as a “musical journey.”

Scott Speck glows that “Ashley Wheater has an amazing ability to put together pieces such that they inform each other, and they’re sort of looking at each other in the mirror.” Composers Dan Deacon, Tom Waits, and Igor Stravinsky make for an unexpected lineup, but each ballet — and its music — builds on this idea of a journey.

Take Stravinsky. His neoclassical works, Speck explains, have “the air of the classical and baroque, but the same time, they’re unmistakably of the 20th century.” In her choreography, Stephanie Martinez sought to emphasize this theme. “My work is about honoring the past and the present,” she shares, “I also wanted to approach this classical historical score of music with a current vocabulary in movement style.” Similarly, Dan Deacon’s composition was inspired by a “love of cross-country travel,” the composer explains in his program notes. Inspired by these journeys, Deacon attempted to make sense of the United States’ checkered past and present. As he describes, “The lyrics are inspired by my frustration, fear, and anger towards the country and world I live in and am a part of.”

Though the musical ideas and genres differ piece to piece, what holds true is that “music is the genesis of each of the dances,” Wheater explains. “Each choreographer is inspired by and responds to music.”

The Bliss! of Stravinsky

Scott Speck explains that “Stravinsky had a lifelong association with dance, so it makes a lot of sense that Christopher Wheeldon and Stephanie Martinez looked to Stravinsky for inspiration in their choreography.” Ashley Wheater adds that “both works are inspired by the music. Wheeldon’s Commedia makes direct reference to the commedia dell’arte tradition. Martinez’ Bliss! is driven by the quirkiness of the music and its rapidly changing dynamics.” 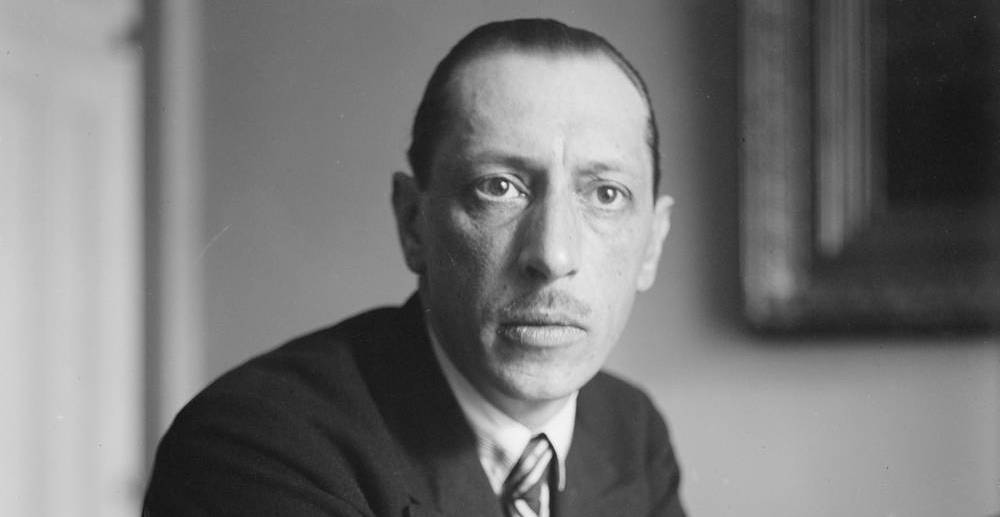 In addition to the music itself, Martinez shares that the historical context of Stravinsky’s Dumbarton Oaks concerto served as an inspiration. The title of her ballet, Bliss!, has a double meaning — of course, audiences will associate “bliss” with jubilance. But the title also references Robert and Mildred Bliss, who in 1938 commissioned Stravinsky “to write a score for their 30th wedding anniversary,” Martinez explains. “Stravinsky wrote this score and Dumbarton Oaks [named for the couple’s Washington D.C. estate] was conceived. I really wanted to make a loose narrative based on their story.”

“As a Chicago artist,” Martinez reflects, “I feel honored I was hand-picked by Ashley Wheater to participate [in this program].” She adds, “I hope the audience will take with them a feeling of being alive when watching and witnessing Bliss! as its quiet moments become more and more active and encompass an increasingly expanded scale of privilege and prestige.”

Joffrey Ballet’s The Times Are Racing continues through February 23 at the Auditorium Theatre. For ticketing and information, visit joffrey.org/times. These interviews have been lightly edited for clarity.