We’re not sure the next time we’ll be able to catch an in-person performance, but luckily, many of Chicago’s hallowed venues for arts and culture are just a click away. It’s no substitute for the thrill of a live performance or a scintillating afternoon at a gallery, but these virtual tours allow you to explore some of the finest arts institutions in Chicago from your own home. 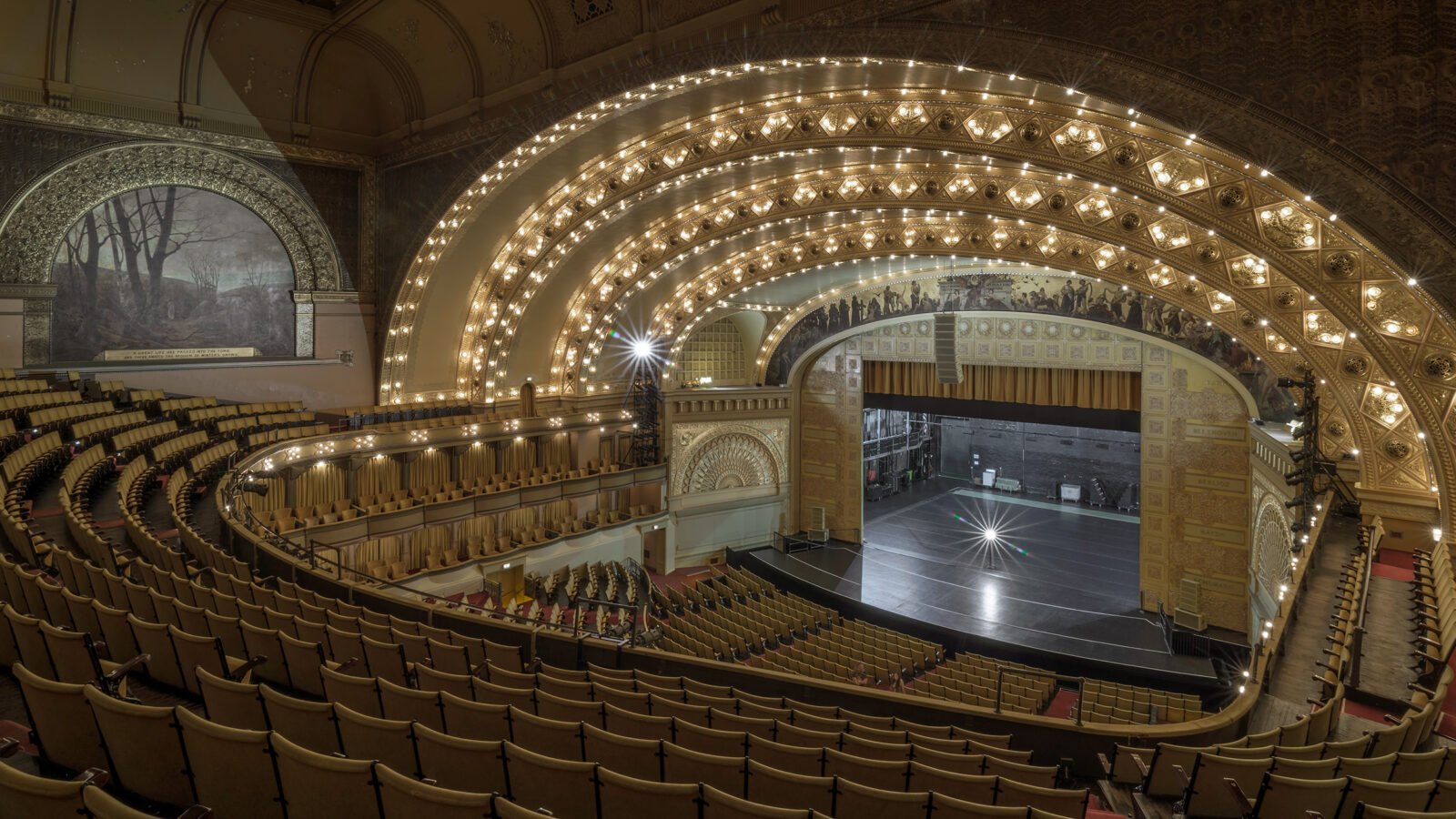 The landmark Loop performance venue is one of the apexes of famed Chicago architects Adler and Sullivan. Here, you can learn about the construction of the building while revisiting past performances and taking in its magnificent design.

LEARN MORE: Theatre for the People: Celebrating 130 Years of the Auditorium Theatre

For almost 60 years, the DuSable Museum has shared African American history, art, and culture with its visitors. The museum, located in Washington Park, has been closed since March but gave WTTW a tour of some of its collection in May. The tour captures the singular breadth of the museum’s holdings: from belongings of Ida B. Wells to art by the museum’s founder Margaret Burroughs.

A more recent member of the Chicago area theater scene, this Jeanne Gang-designed theater opened in 2016, giving the established, more than quarter-century-old theater troupe an impressive new home. If you haven’t had the chance to head up to Glencoe for a performance, you can fill in the gaps with a virtual tour, or hear about the Writers Theatre — both the building and the company — from Gang and the troupe’s artistic director, Michael Halberstam, in this WTTW segment. It’s been several months since we’ve been able to catch a performance at the Lyric Opera, and it will be several more (at least) until we can return. What we can do, however, is turn on some Verdi and peruse this virtual tour; curated by Lyric itself, it highlights some illustrious past performances, shares a slew of photos from the interior of the theater, and even offers a rare opportunity to go backstage!

Sited in Chicago’s Pilsen neighborhood, the National Museum of Mexican Art displays works ranging from the pre-Columbian era to today. In April, WTTW shared a virtual tour of the museum. Keep your eyes peeled for works by Frida Kahlo, Diego Rivera, as well as renowned Chicago artists, including Carmen Chami.

In addition to presenting virtual concerts, the CSO offers a comprehensive interactive virtual tour: of course, you can take in Orchestra Hall, but you can also explore other corners of the venue such as Grainger Ballroom, the rotunda, and Buntrock Hall. It’s almost as good as hearing Maestro Muti and the orchestra in performance!

A titan of the city’s arts, the Art Institute has been closed since March. But just because the building is off-limits doesn’t mean the art is! The Art Institute’s staggering digital collection features thousands of works, everything from the museum’s legendary flagships — like Hopper’s Nighthawks and Seurat’s A Sunday on La Grande Jatte — to exquisite Japanese art and lavish 18th-century furniture. Their website offers other interactive features, a blog, videos, and some art-making and creative writing activities.