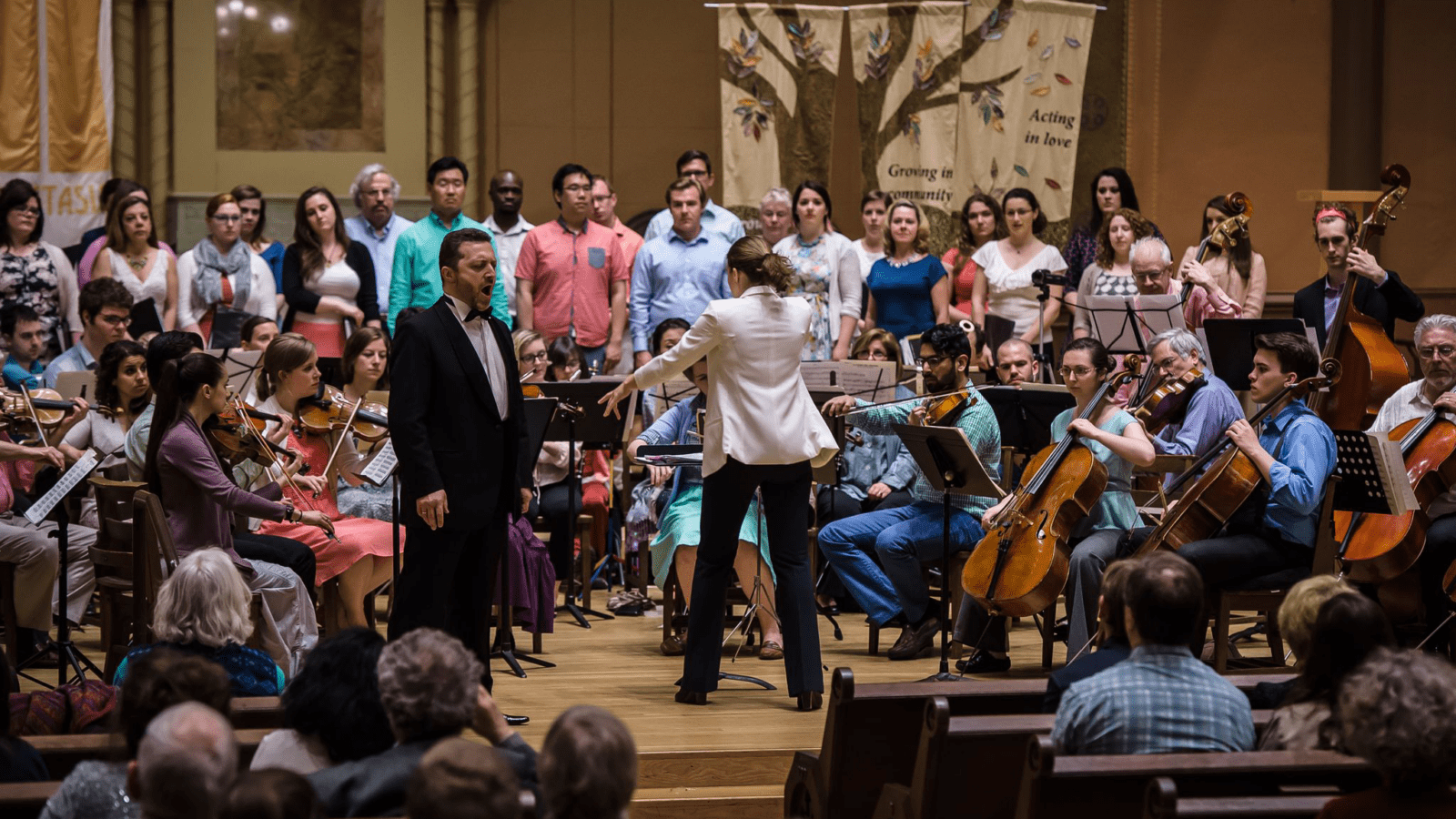 As her smile crescendos, it’s clear that she can’t help but delightedly state the obvious: Lidiya Yankovskaya is “very, very excited for live music.” And come this weekend, the Russian-American conductor’s six-month-long, pandemic-induced concert drought will finally draw to an end.

On August 29 and 30 at the Chicago History Museum’s open-air Uihlein Plaza, Yankovskaya, music director of Chicago Opera Theater (COT) and founder of the Refugee Orchestra Project (ROP), will lead Voices of Refuge, an hourlong program that highlights the cultural and social importance of accepting refugees. The performance, a collaboration between COT and ROP, features artists from both companies.

“It is essential for us as a country to continue to support those who want to make a life here,” Yankovskaya says. “We try to uphold this cost by showcasing just how important the contributions of refugees and immigrants have been to our country throughout history, and also continue to be today.”

Since its inception in 2015, the ROP has sought to build public awareness of the large, essential role of refugee populations within the American musical canon, and provide a shared orchestral space for those with similar experiences to perform and come together. It has graced stages throughout the world, including performances at the United Nations Headquarters, LSO St. Luke’s, and in halls across New York City and Boston. Every musician and conductor within the orchestra, as well as the composers whose works they perform (Chopin, Berlin, and Donizetti included, all refugees themselves, in addition to contemporary composers), shares the experience of having to begin a new life in a new land, be it the US or elsewhere. 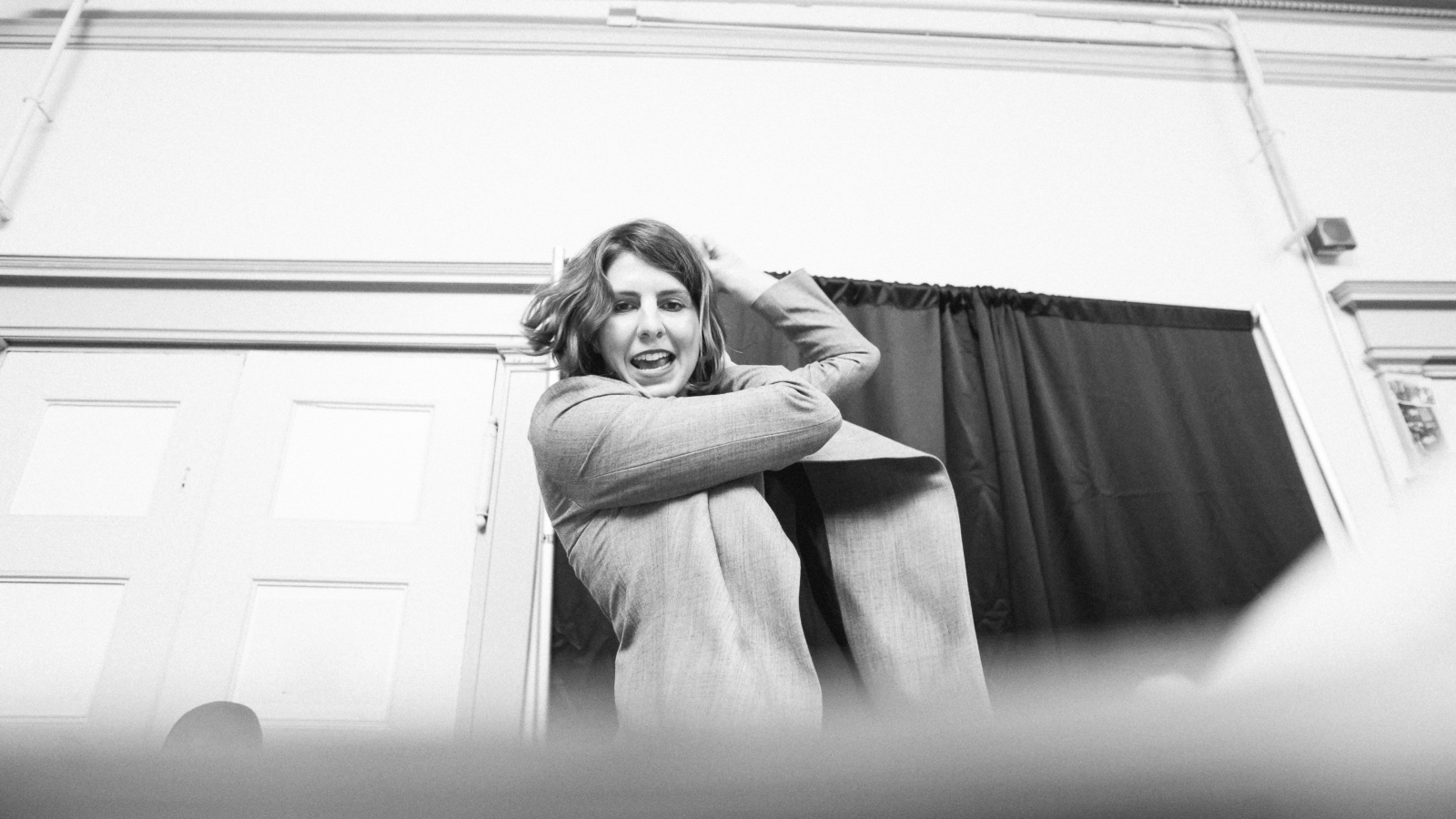 Yankovskaya knows what it’s like to begin anew in a foreign place. As a young girl facing religious persecution and political oppression, she left Russia with her family to seek greater opportunities in the US. She studied music at the university level and beyond, becoming not only an internationally renowned conductor but also one of the only female music directors of a major American opera company.

Milad Yousufi, a 25-year-old composer born in Afghanistan, found similar musical refuge. Growing up under persecution from the Taliban, his music school was destroyed and his family was exiled to India. His commitment to music and undeniable talent has made him a rising star on stages across the globe and, as the ROP artist-in-residence, his work will feature this coming weekend. Yousufi’s story, and those of Yankovskaya and the other ROP musicians, reveal some universalities of the refugee experience.

“When we think of refugees or immigrants, we think of them as ‘those other people,’” Yankovskaya explains. “There’s this view of American exceptionalism that it couldn’t happen to us. But everybody here pretty much [was once] a refugee or immigrant, of one sort or another.”

Acknowledging the universal language that is music, Yankovskaya and the ROP make conscious efforts to harness their unique platform in culturally symbolic ways. According to Yankovskaya, soprano Amal El-Shrafi, of Palestinian background, has sung the work of Israeli composers such as Moshe Shulman. Uyghur soprano Nina Mutalifu, who will be making her debut as a COT Young Artist at this performance, often shares the stage with Chinese, Russian, and Ukrainian colleagues. These collaborations serve as reminders that, on American stages, “people who are from warring nations… can all come together here, and we can make music,” Yankovskaya says.

In her work with both COT and ROP, Yankovskaya often thinks of the musical and cultural consequences of her performances. It’s one reason why she finds performing in Chicago to be so special: a city with two opera companies not only allows for the expansion of repertoires and stage time for more diverse voices, but Chicago provides opportunities for interaction with its diverse cultural communities. Yankovskaya in particular notes Chicago’s large Polish presence and underlines the appearance of acclaimed, Chicago-area born Polish-American soprano Amanda Majeski this weekend.

“The fact that we can bring our experiences together makes music-making this much better,” Yankovskaya says. “It shapes the musical interpretation.” 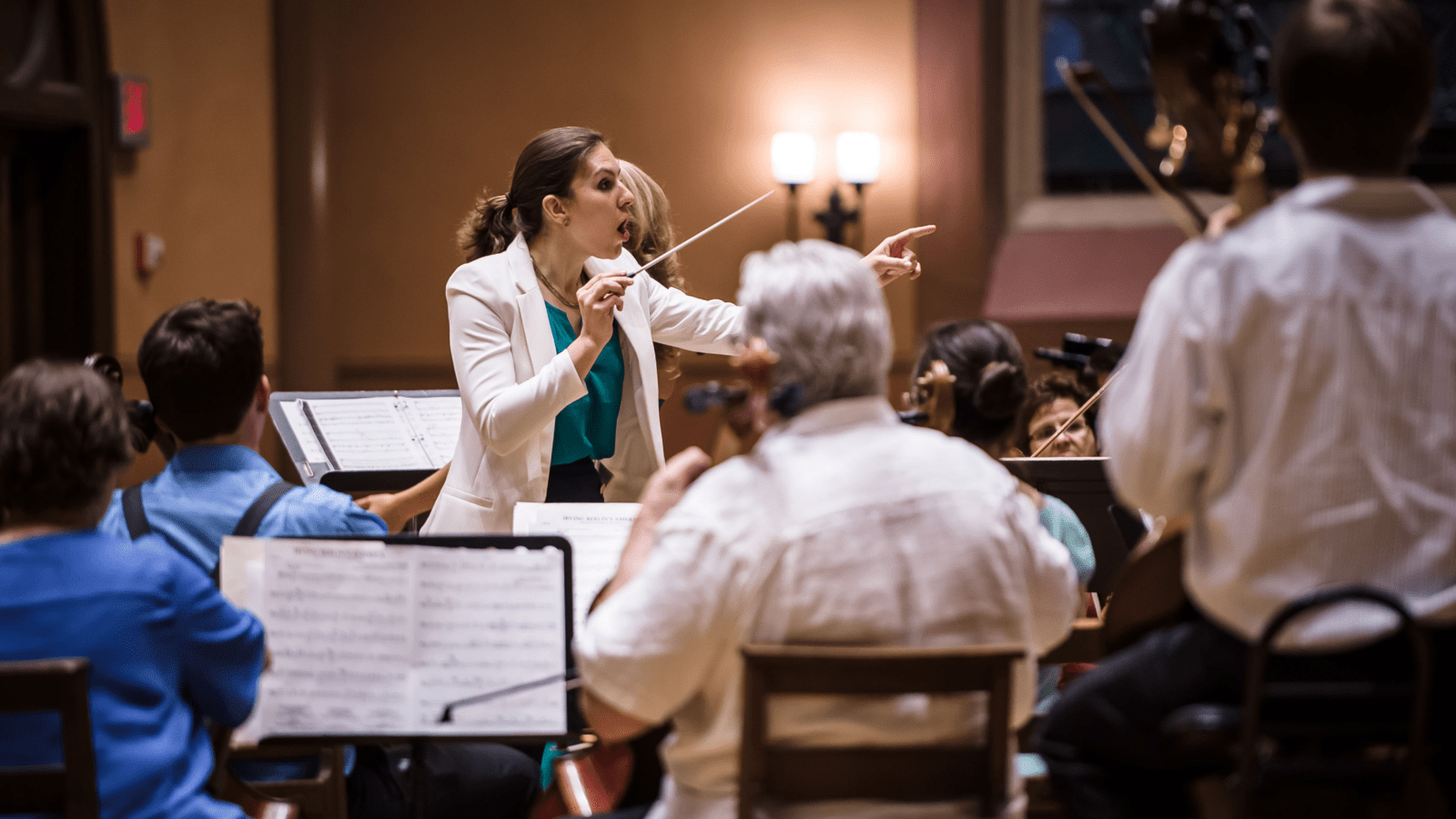 Since the pandemic began and live music has stopped, Yankovskaya feels this cultural exchange of ideas has slowed. She’s saddened that musical opportunities and mutual learning have been forgone. As she says, in short visits with new people or places, we focus on the unfamiliar, considering only our differences. But through extended immersion in new domains, we come to seek and find similarities. This weekend, Yankovskaya, the Refugee Orchestra Project, and Chicago Opera Theater, through their togetherness and art-making, seek to communicate these human similarities with their stories and music.

Voices of Refuge will be performed four times this weekend, outdoors at the Chicago History Museum’s Uihlein Plaza: August 29 and 30, at 1:00 and 3:00 pm both days. The hourlong concert will feature touchless entry, sanitized and physically distanced seating, and a cap of 100 attendees. Masks will be required while moving to and from seats. For ticketing and information, visit bit.ly/voicesofrefuge.

10 Woman Conductors You Should Know
In the Age of the Visual Album, What Can Opera Learn from Beyoncé?
How Kamala Sankaram Brings New Audiences, Stories to Opera
Jamie Barton: Opera Must "embrace the move towards feminine power"
Decade in Review: The 2010s and Classical Music
Composer Errollyn Wallen On Embracing Serendipity, Bringing New Viewpoints to Music