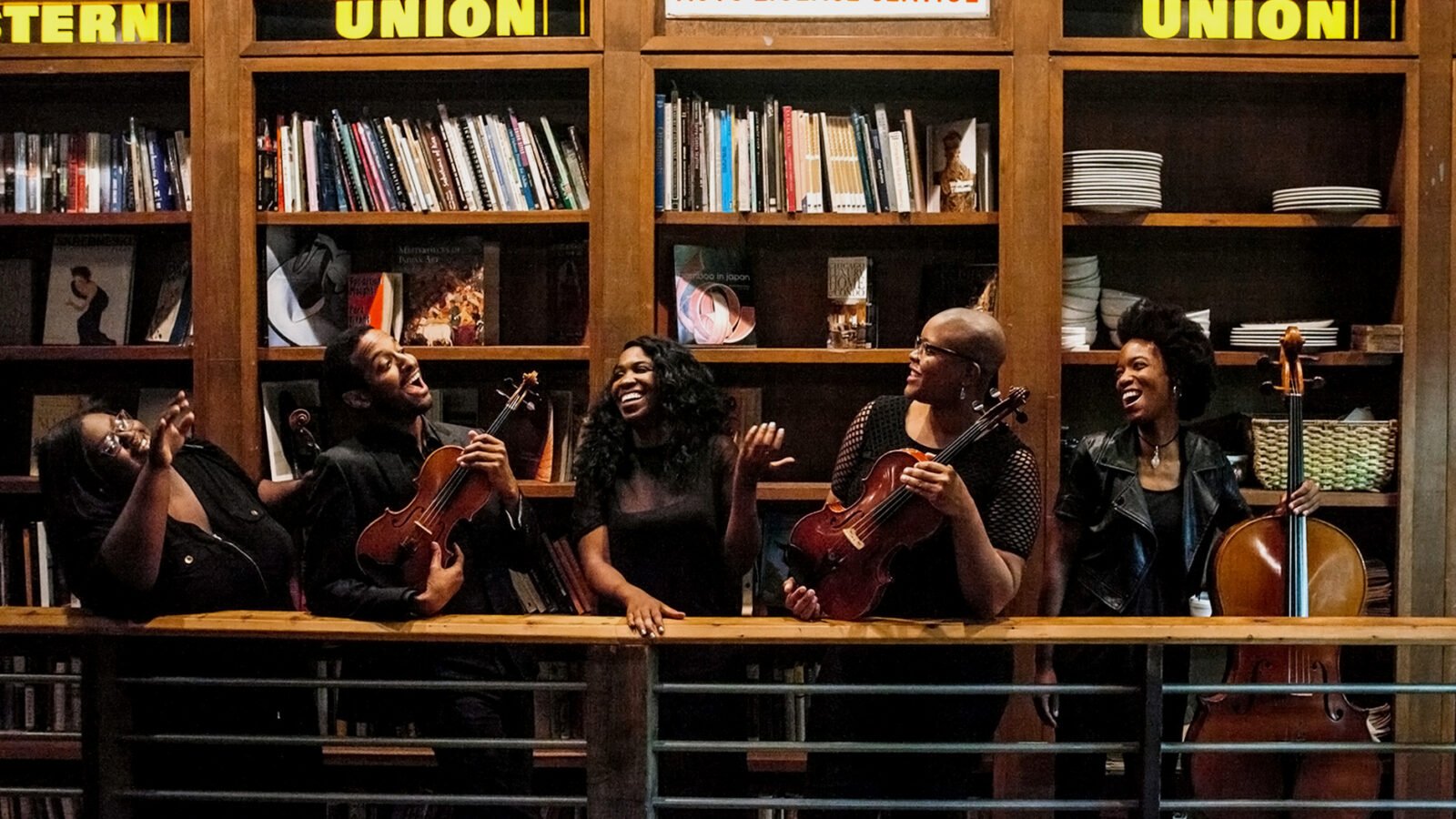 Danielle Taylor is a busy Chicago-based classical musician. She is also the parent of an active, energetic seven-year-old, and wishes that conventional classical music concerts were more family-friendly. “I haven’t tried to take my daughter to my concerts,” Taylor said. “I know how difficult it is to bring children to classical performances because of the culture, the environment, and the expectations that the children are supposed to sit and not participate but somehow understand what’s going on. I don’t know why they’re expecting kids to have that ability.”

To help make classical music more accessible, particularly to families, Taylor co-founded D-Composed, a string quartet that celebrates the music of the African diaspora. She also serves as the violist and artistic director.

Kori Coleman, the group’s founder and experience curator, explained that “there’s a whole world of Black composers that we need to explore! When we started D-Composed, we wanted to showcase Black composers who are alive and well.” In the future, the ensemble plans to commission new works by Black composers.

Coleman said that when she was learning the violin as a child, “my mom would tell me and my sisters that there weren’t a lot of Black violinists. The fact that that still rings true, the fact that we’re still saying ‘the first Black person’ to do something in classical music years later reinforces why there is a need for programming like this.”

“When you go to the big orchestra performances, you see that there’s only a handful of young people, and an even smaller handful, if that, of people of color,” sighed Taylor. “I will come into a classical music environment, and people will make an assumption about why I’m in that space. They’ll often assume that I don’t know much about classical music, almost as if I ended up there randomly,” even though she is a professional, classical musician herself. 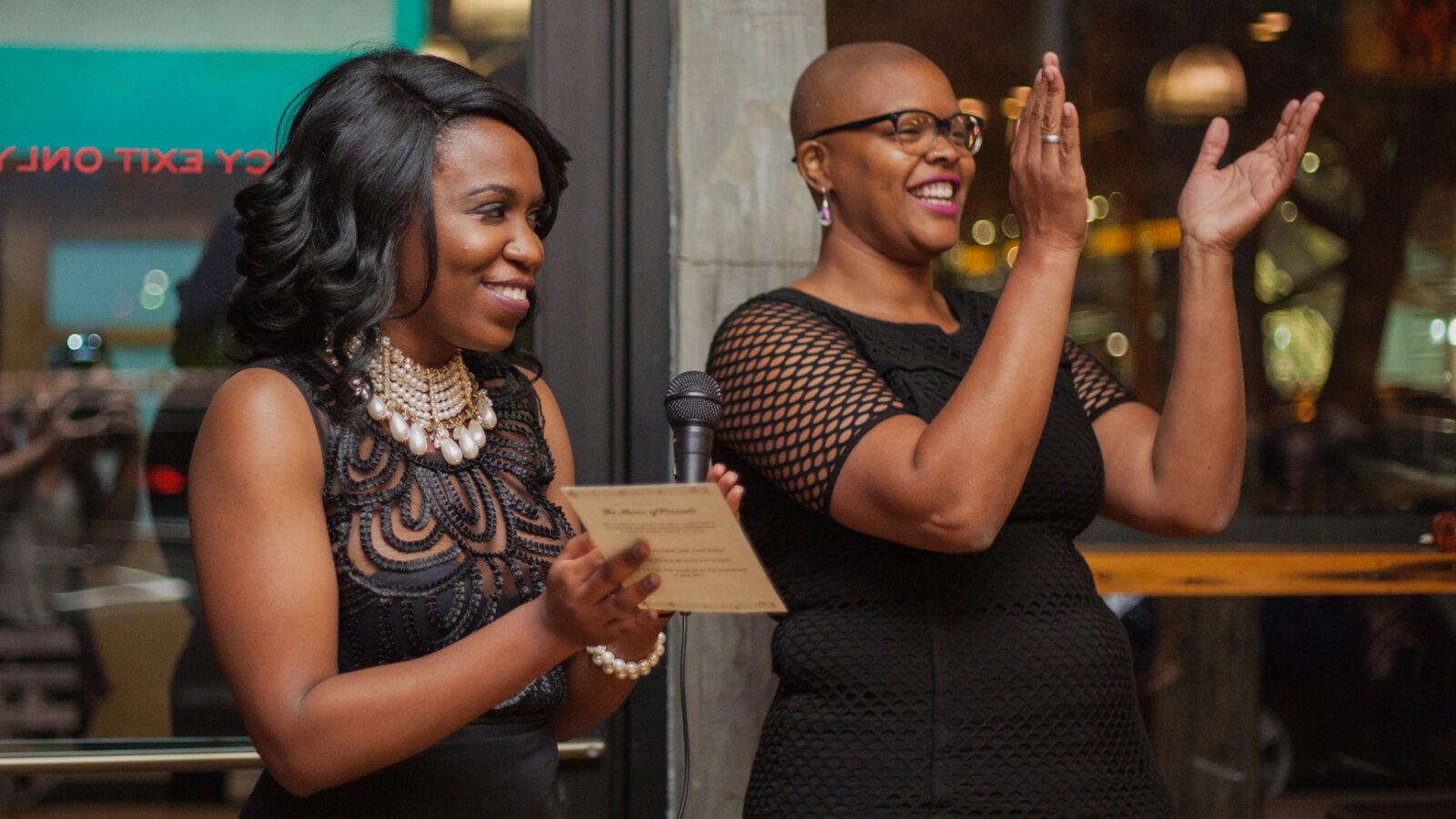 The quartet hopes to make classical music accessible for people of all ages and backgrounds in their upcoming event, D-Composed: Family Edition on Saturday, August 25.

“When we formed, one of our first concepts was for a kids’ concert,” Coleman articulated. “When you’re able to reach them young, you can let them know that they can enjoy or even create classical music. We want to dismantle the notion that classical music is reserved for a certain group of people.”

The prohibitive cost of tickets to many classical concerts can also turn some music lovers away. D-Composed offers reservations to its upcoming family-friendly experience, held at the Stony Island Arts Bank, for a suggested donation of $10.

During the event, the ensemble will share works by Black composers of the past and present, including “Voodoo Dolls” composed by Jessie Montgomery; the string quartet from “Five Fantasy Pieces” by Samuel Coleridge-Taylor; and “So He Ran Towards the Mountain” by Shelley Washington. Each piece on the program is around five minutes in length.

The ensemble, rounded out by violinists Caitlin Edwards and Kyle Dickson, and cellist Tahirah Whittington, has also partnered with nine visual artists to create music-inspired drawings that kids can color in during the performance. Coleman explained that “bringing in visual art was a natural progression for us. It lets us show the creativity of the Black community through visual as well as musical artists. We really want to bring people in, make it fun, and make an environment that everyone can enjoy.” “We want to make sure that the kids can leave the concert having learned something about music and the arts,” Taylor agreed. She will also host an “instrument show and tell” geared towards fostering interaction and curiosity within an intergenerational audience.

Coleman hopes that this performance will make young kids wonder what they can pursue themselves. “It’s all about opening this world of possibilities and experiences. I’m hoping that by breaking down that barrier, we’re emboldening people to explore new spaces that weren’t traditionally designed for us.”

This approach, Taylor stressed, is radically different from any early music education that she received. “I think I would probably be a different person if I’d had access to something like D-Composed as a kid,” she contended. “We’re just trying to change lives on a Saturday.”

Video: Mezzo-Soprano J'Nai Bridges Performs Live in the WFMT Studios
Tenor Lawrence Brownlee on the Artists Who Have Inspired Him the Most and Why Black Composers Matter
Watch 'Invitation to a Die-In,' A Moving Musical Memorial to Unarmed Black Men Killed by Police
Playlist: 19 African American Composers to Celebrate on Juneteenth (and Every Day of the Year)
VIDEO | Soprano Ailyn Pérez performs LIVE at WFMT
Playlist: 10 Composers Changing Classical Music (Who Also Happen to Be Women)