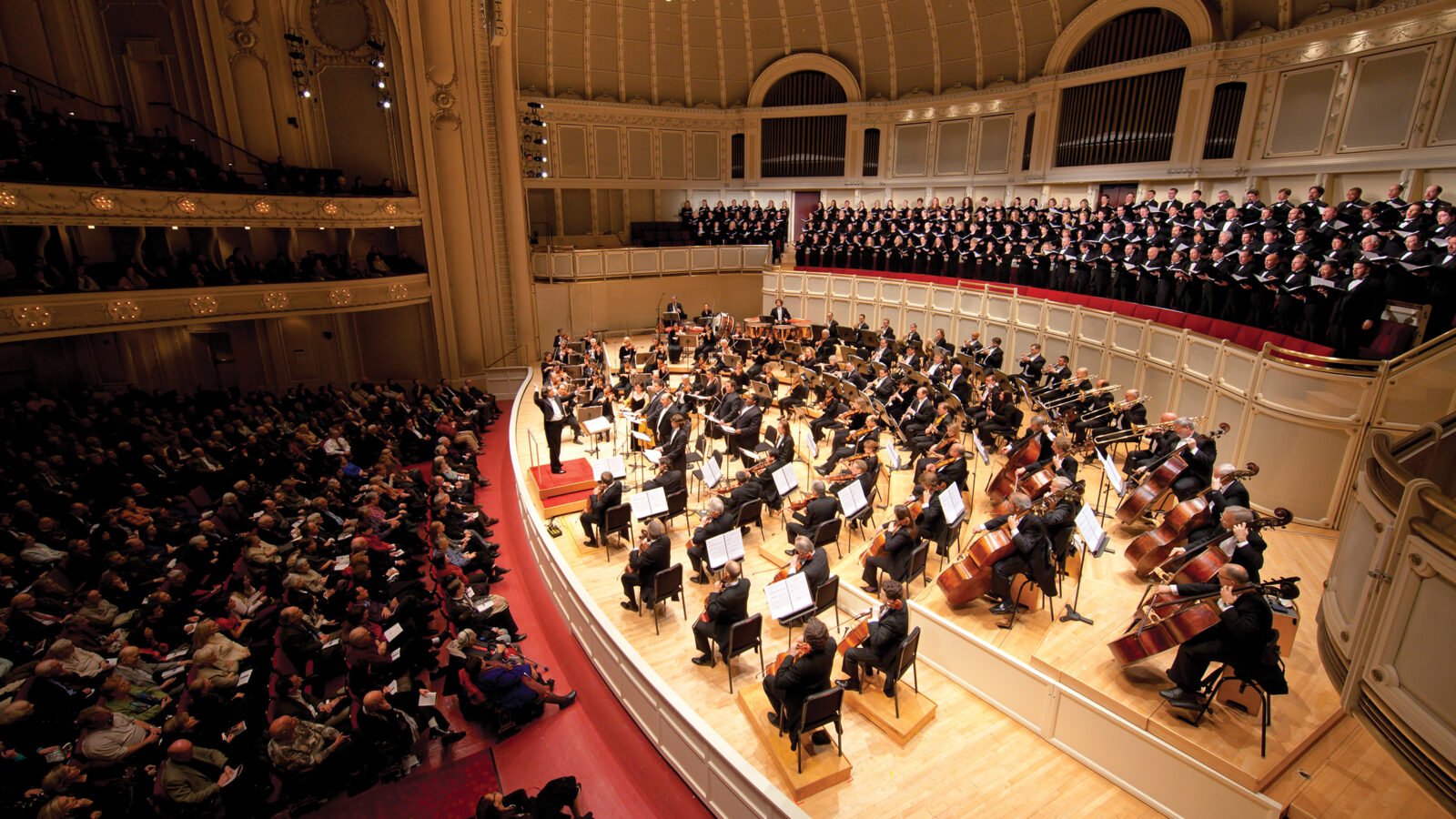 Giuseppe Verdi’s Aida is the apotheosis of grand opera: a story about forbidden love, with one of the most famous triumphal marches in the repertoire – horses and elephants included. The pomp and circumstance of this epic tale set in ancient Egypt has enchanted audiences for well over a century. But as Riccardo Muti, often considered the world’s leading Verdi interpreter, explores the composer’s operatic canon with the Chicago Symphony Orchestra (concert versions of Otello, Macbeth, and Falstaff have been presented during Muti’s tenure as CSO Zell Music Director), the true beauty of this music lies not only in its grandeur but also in its details.

“Nobody does this detail work anymore — Muti is unique,” says mezzo-soprano Anita Rachvelishvili, who first collaborated with Muti for a performance of Verdi’s Requiem. After working with her, the maestro hailed Rachvelishvili as “the best Verdi mezzo-soprano today on the planet.” Rachvelishvili portrays Amneris in the concert version of Aida with Muti conducting a cast of international artists, the Chicago Symphony Orchestra, and CSO Chorus.

“Most of the time, we go around with mistakes, like huge mistakes, in this score,” Rachvelishvili notes. “So we go on stage, sing the performance, everything moves fast and the quality is less and less. But as Muti always says, ‘Verdi has written everything in the score, so if you just follow, you’re going to be perfect. You don’t need to do anything else — there’s no extras.’”

The Aida score is one that keeps the conductor busy managing forces both on- and off-stage. Despite this challenge, Muti pushes the musicians “in a linear direction: following the phrase horizontally as much as possible and not getting hung up on vertical emphases,” according to CSO cellist Brant Taylor. “There’s a sense of lightness and flow, leggerezza he’ll say.”

In order to achieve this lightness, Brant indicates that Muti “says fewer words and shows more.” Brant continues, “Specifically with Aida, he was talking about how the inward, psychological aspects of the opera are really like chamber music. We stretch our own musical boundaries, and the way we operate as an orchestra is to become more flexible, more nimble, more versatile. That’s why my colleagues and I look forward to these big projects.”

Another challenge in presenting a concert version of Aida, one stripped of lavish sets and costumes, is that this setting forces the musicians to express the narrative of the opera. As CSO Chorus member Scott Uddenberg describes, “Maestro Muti places an importance on the character of the chorus. He goes to the extended step of saying, ‘Each one of these groups of peoples has a different characteristic that they’re singing from.’ Even in a concert version, you’ll be surprised about how theatrical it can be — that’s what he wants to have expressed.”

“You realize that Maestro Muti sees this kind of stuff with a completely different eye,” Rachvelishvili adds. “It’s years and years of experiences with this music. And it’s very exciting to see how he works with everybody and how all of these connections work with him.”

Muti’s personal connection to Verdi’s music has also allowed for more in-depth interpretations from the musicians. “There’s more to Verdi’s music than you might think,” Brant Taylor says, “and this comes straight from Muti. There are some passages that if you clip things too short, it sounds like dance music when it’s not meant to be. Bringing an elegance, a thoughtfulness to it — Verdi contains the whole world, if you look for it.”